A huge step in helping shoppers to quickly and easily identify vegan food on-the-go has just been taken – food label designers Planglow have debuted their first vegan sticker. The brand revealed that the new launch is intended to support the “rapidly expanding vegan market”.

The new sticker is green with white text that says ‘Vegan’. They are semi-glossed, come in a dispensible box and contain 1,000 stickers per roll.

A survey by The Vegan Society UK found that although veganism is a huge trend and forever gaining traction in the food marketplace, many consumers struggle to easily identify which packaged food is and isn’t vegan. With stickers such as these, food and beverage companies can target the growing vegan market and, in doing so, make plant-based eating out much easier. 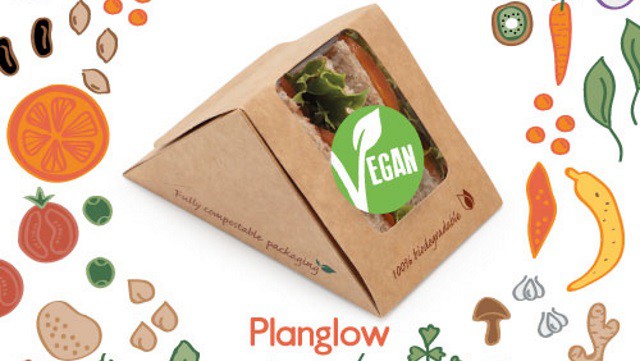 Marketing director Rachael Sawtell stated that “during 2017 there were half a million plus vegans, 1.2 million vegetarians and 16.5 million ‘Flexitarians’” in the UK alone. She also noted that these figures are expected to “further rise over the coming year”.

The Vegan Society spokesperson, Dominika Piasecka told British Baker that the organization encourages food companies and stores to get in contact with them before marketing something as vegan- their Vegan Trademark scheme ensures a thorough and accurate ingredient check. If products meet the requirements they are officially registered in The Vegan Society’s list of suitable food products.

Piasecka adds that The Vegan Society thinks it is wonderful that Planglow has released these stickers to support the ever-growing vegan market for grab-and-go meals and snacks.