Updated July 8, 2019 | Season three of “Stranger Things” has arrived; the science fiction-horror web series recently premiered exclusively on Netflix. There are plenty of ways to celebrate the return of the hit show, you could wear the new “Strangers Things” themed flip flops created by Havaianas or even play “Stranger Things” monopoly.

If you’re planning to celebrate by simply binge-watching the whole thing (no judgment here), why not make a night of it? Hustle up some friends (or don’t — again, the no judgment thing), and try these nine super strange, vegan things for your “Stranger Things” marathon. 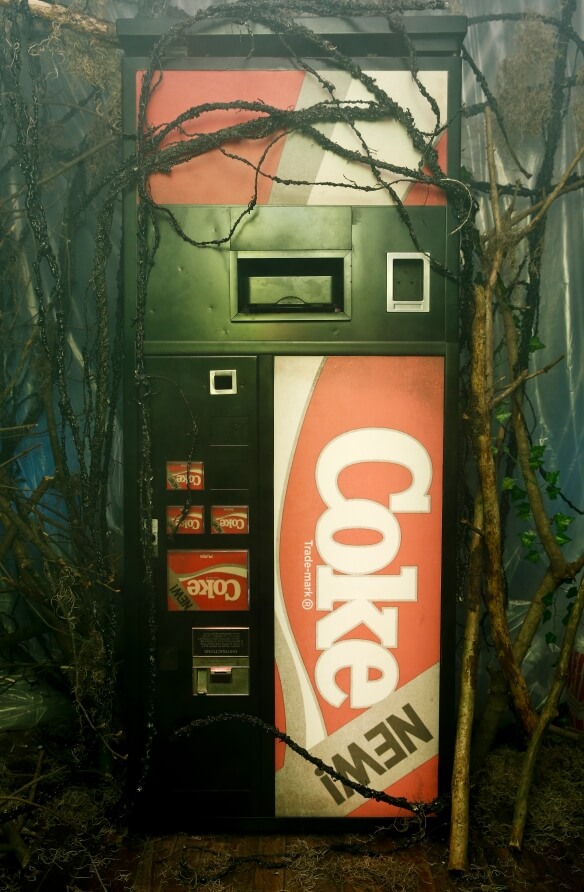 Coca-Cola recently revealed it was collaborating with the “Stranger Things” team to “immerse viewers in 1980s nostalgia,” the beverage giant wrote online.

To do this, Coca-Cola is re-launching its New Coke product, which was released in 1985 — the same year that the third season of “Stranger Things” is set in. New Coke was intended to be an upgrade of the flagship beverage’s recipe, however, it was widely disliked and  Coca-Cola ditched the product after 79 days.

The drink (which is vegan) is making a return this summer for a limited promotional run. Coca-Cola will produce 50,000 cans of New Coke which will be available in “upside-down” vending machines in various cities across the world. The drink will also feature in several episodes of “Stranger Things 3.”

Strange? Definitely. However, “Stranger Things” creators Matt and Ross Duffer said “it would have been more bizarre to not include” New Coke given its iconic place in pop culture in ’85. 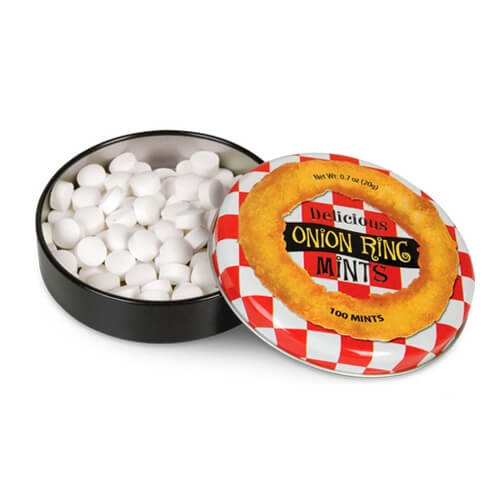 Most people take mints to freshen their breath. This vegan-friendly product does the opposite. Sounding more like an oxymoron than a real thing you can buy, it features 100 savory mints that “taste just like a side order of deep fried onion rings,” according to the company.

You could also pair them with vegan-friendly ranch mints, which are also a thing for some reason. 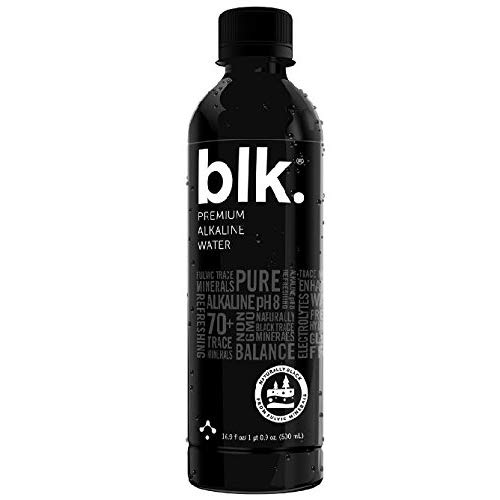 This vegan-friendly water is naturally black due to fulvic acid | image/blk.

You read that right — black water. Blk. makes premium alkaline water infused with fulvic acid — a natural antioxidant that helps to neutralize free radicals, which are reactive compounds that can damage living cells. The fulvic acid naturally turns the water black, yet the beverage still tastes like what it is (water), and has no sugar or calories.

“Blk. combines natural spring water with our proprietary fulvic trace mineral complex, delivering electrolytes, trace minerals, and a pH of 8,” blk. writes on the product’s packaging. The fulvic acid is mined from an 80 million-year-old source within the earth.

“Feel the difference and discover why so many choose blk to help them defy expectations,” the brand adds. This might sound intense for a bottle of water, but if we’re here for strange stuff to eat and drink (which we are), then this dark drink delivers. 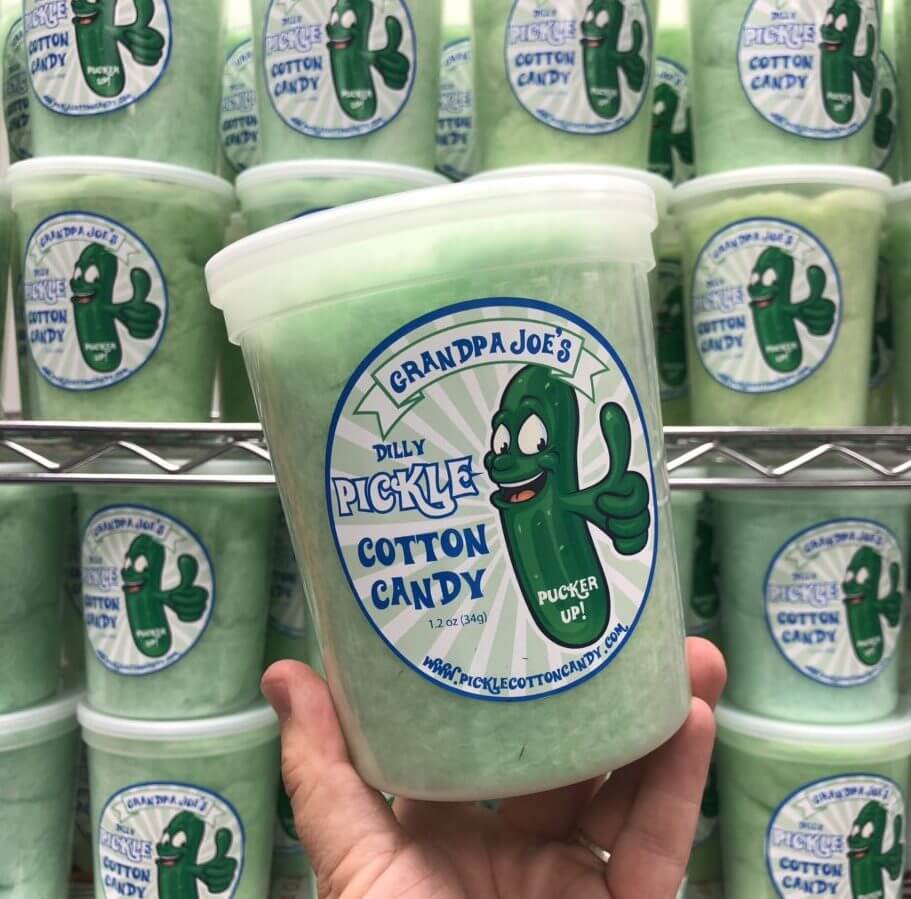 People are really into dill pickles right now. Like, a concerning amount. To cater to demand, companies are launching everything from vegan pickle popcorn to pickle juice soda. Arguably one of the best creations is this Dilly Pickle Cotton Candy. The vegan-friendly candy is spun fresh in small batches and sealed in a tub to contain freshness.

If you’ve ever wanted to feel vegetable-flavored sugar melt on your tongue, go forth and relish in the goodness. 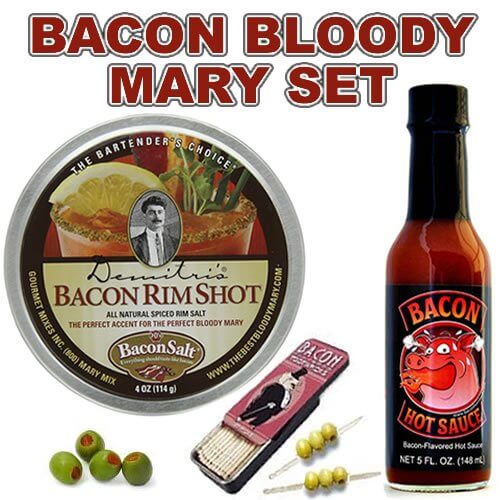 Kick off your “Stranger Things 3” binge with a buzz. This bacon-themed Bloody Mary set is confirmed by the company, which is called Bacon Addicts, to be vegan. It includes bacon-flavored rim salt, bacon-flavored hot sauce, and bacon-flavored garnish picks.

You probably won’t find a product like this anywhere else. You can make up your own mind about whether that’s a good or a bad thing. 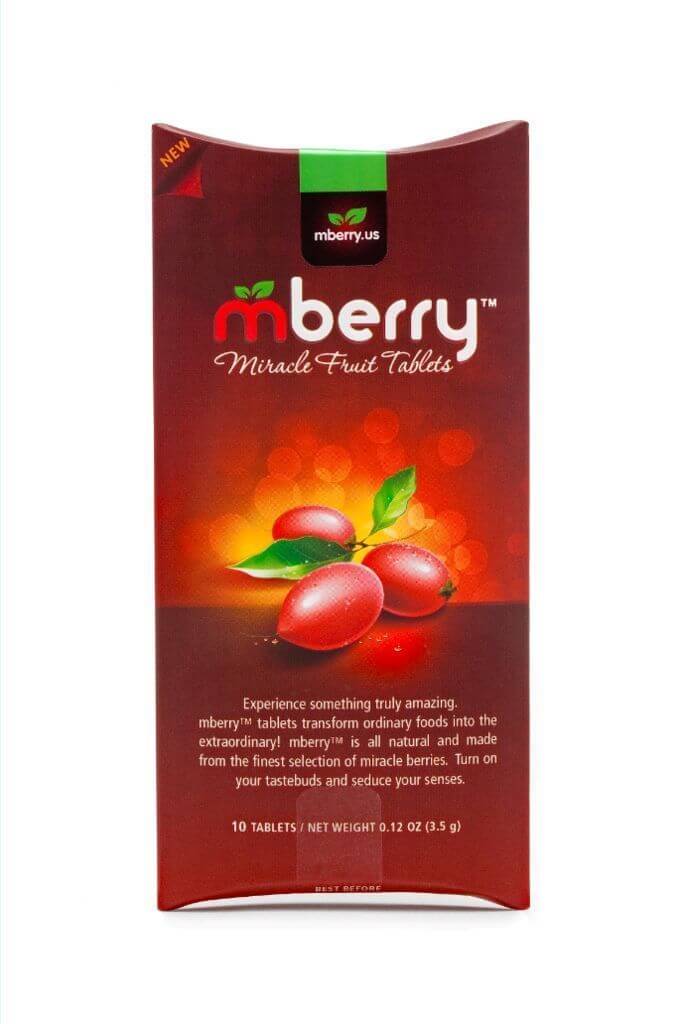 These natural, vegan tablets allows you to “experience something truly amazing” and “seduce your senses,” according to the product’s packaging. The tablets contain 99 percent miracle berries, a fruit native to West Africa. People report that if you eat the berry and then eat sour foods, the foods taste sweet, and mberry’s product promises to do the same.

Mberry states that dissolving one of these plant-based tablets on your tongue will allow you to eat a lemon like you would an orange, drink (and enjoy) apple cider vinegar, and munch on a grapefruit without adding sugar to it. “Astound, amaze, and vaguely worry your friends,” mberry says. 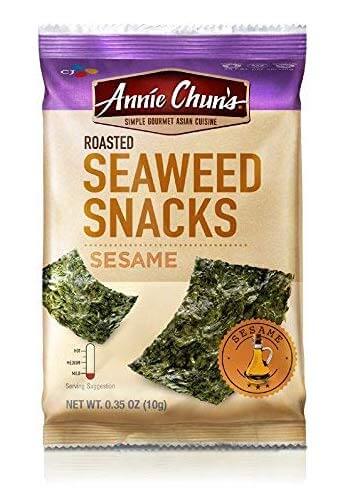 Seaweed is varyingly popular around the globe. It’s a common ingredient in sushi, so not that strange. But thin slices of roasted seaweed chips you can eat out of a bag? That’s worth knowing about.

Made by Annie Chun’s, these snacks are gluten-free, made with just seaweed, canola oil, sesame oil, sea salt, and rosemary extract. They offer a sweet and savory taste, according to the company, and can be enjoyed with rice, other meals, or on their own. You know, like during a “Stranger Things 3” marathon. 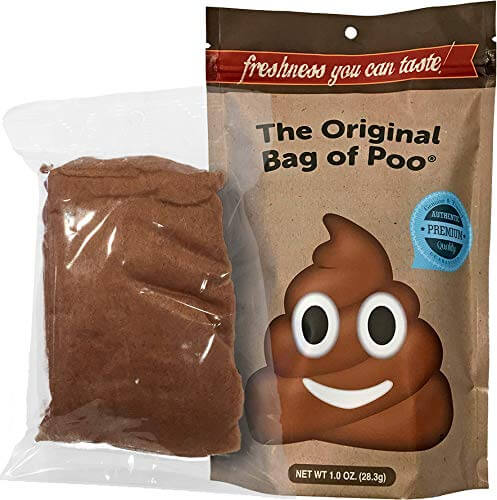 This vegan product, made by a company that is actually called The Original Bag of Poo, is just uniquely advertized cotton candy. It’s chocolate-colored, black cherry-flavored, light, and fluffy, according to the company’s website.

“Nothing says I love you more than a bag of cotton candy poo. Have some fun at a party for that priceless reaction,” the brand writes. “With it’s silky brown color and sweet black cherry taste, giving someone poo will have never tasted so good. Whether you’re a kid or kid at heart you’ll enjoy the fun and taste of the Original Bag of Poo.”

The same company produces vegan-friendly unicorn poo, mermaid poo, and Sasquatch poo, and no, we won’t judge you if you buy them all.

This vegan hot sauce has no flavor | image/Frostbite

It’s time to turn up the heat with the “world’s first” white hot sauce, which has no flavor. Why does this exist? It’s hard to say. Frostbite recommends adding the spicy sauce to “beer or other adult beverages to give them some intense burn without altering the flavor.”

The sauce, which is described by Frostbite as “very strange and totally one of a kind,” is made of vinegar, water, salt, and capsicum aquaresin, a natural extract of capsicum, meaning the hot sauce is vegan-friendly.

Plus, since it’s clear, ugly stains on your clothes from overindulging will go unnoticed. Pour it on everything, and enjoy.