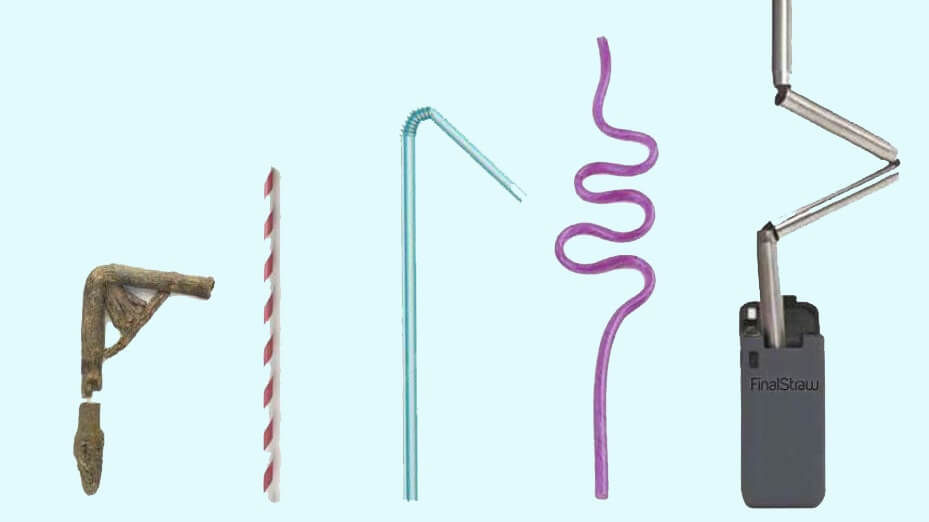 A California Kickstarter campaign which smashed its initial funding target and raised $1.8 million on the site, is on a mission to eradicate the use of disposable plastic straws completely. Named FinalStraw, the product is simple, a dishwasher safe, eco-friendly, easy-to-clean, stainless steel straw, which folds down and fits inside a case that is easily attachable to a keychain.

Created by Emma Cohen and Miles Pepper, FinalStraw is “clean, compact, and totally badass: For anyone who wants to rid their lives – and the planet – of single-use plastic.”  According to the Kickstarter site, the pair’s mission is to “reduce plastic straw use by giving people a convenient, collapsible, reusable alternative. In doing so, we hope to make the public more aware of the devastating effects of plastic pollution and use that awareness to pressure restaurants to stop serving straws.”

With over 38,400 backers, Cohen and Pepper managed to raise well over their initial target of $12,500, reaching a final total of $1.8 million, despite only launching in April. FinalStraw is available for pre-order now, and the case comes in a variety of colors: Suck-ulent Green, Shark Butt Grey, Healthy Coral, and Arctic Melt Blue.

Around the globe, people and governments are waking up to the issue of single-use plastics, and the threat that straws, in particular, pose on our oceans. In September of last year, bars across Philadelphia ditched plastic straws for the benefit of sea life, and in February, England announced a possible impending ban on them altogether.

“For most of us they’re just a convenience; for wildlife they are killers,” wrote UK Environment Secretary, Michael Gove, in the Evening Standard. “The plastic straws we use and throw away so carelessly are lethal. They embed themselves in the noses of sea turtles, block the throats of dolphins and choke fish. All this so that humans can empty their glasses more quickly.”

FinalStraw is ambitious with its campaign, aiming for a straw-free earth by 2032. However, it is not alone in wanting to achieve its targets in a short time frame. The coffee chain, Pret A Manger, announced earlier this month its mission to eliminate all single-use plastic by 2015 and in March, Taiwan announced a complete ban is set to be in place across the country by 2030.