Pollution concerns have been raised in a suburb of Mumbai after a lot of stray dogs have been pictured with their fur dyed blue. It’s believed that nearby factories, who produce coloured dyes, have been dumping untreated waste into the Kasadi river. Dogs go here to bathe, get cool and look for food and this is why they are turning blue. Unsurprisingly, this has led to health problems in some of the stray dogs, with one having to be treated for an eye infection. 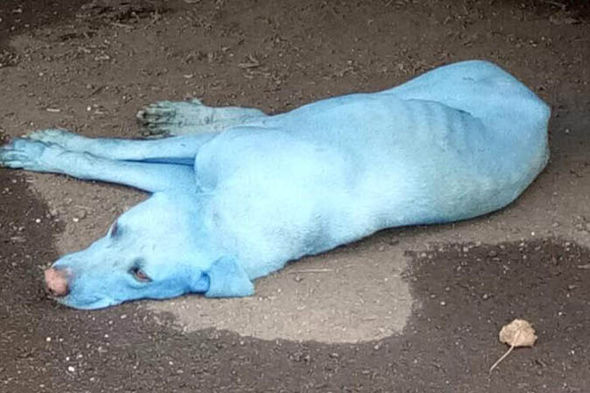 Stray dogs are a huge problem for citizens of India, there is in fact one stray dog for every 45 people. Many people accuse these dogs of being vicious and of attacking members of the public frequently, which has led to some villages culling strays. The main issue with stray dogs is the threat to public health, many dogs in India have rabies which is deadly to humans. The number of human rabies deaths in India accounts for 35% of the world’s total rabies deaths, a higher percentage than any other country in the world.

However the spread of rabies is completely avoidable, as vaccinations to protect dogs against the disease exist. What’s more, aggression in dogs is most likely due to lack of food and medical attention. Rabies can cause aggression in dogs, as can pain or feeling territorial which may occur if a dog is trying to protect its food supply.

Animal rights activists are against the shooting of stray dogs, and some people in India even take it upon themselves to be responsible for feeding the creatures. If not fed, stray dogs, much like urban foxes, will look for food in bins. 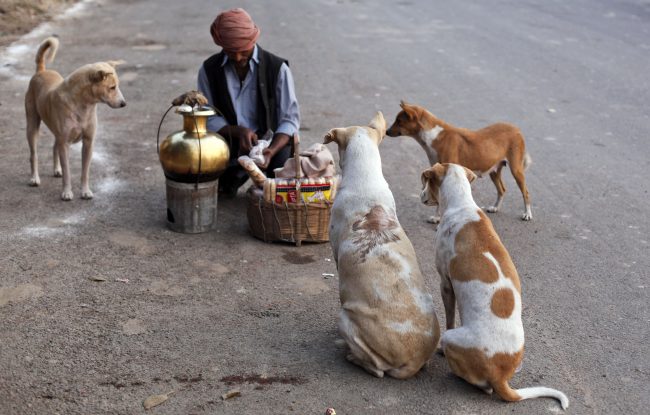 Could the pollution dying the dogs blue have an impact on public health just like rabies does? If so, will that lead to further culling of dogs in India?

Yet again, this problem is entirely avoidable, if the approach towards dumping harmful waste into water systems was stricter in India dogs would never be exposed to the pollution, and therefore would not risk passing it on to humans.

Unfortunately, the poor care of stray dogs and the environment in India is part of a much bigger problem. There is an increasing divide between rich and poor in India, with the richest 1% of the country owning 58% of the wealth. This leaves little money for use on public resources that would allow people to solves these problems.

Although the dogs are also victims of this social system, they are so often the ones who have to lose their lives as a result of this. It is yet unclear as to whether the dogs exposed to the pollution will be killed.