Auckland-based Sunfed Meats vegan Chicken Free Chicken is now available through Gilmours, New Zealand’s largest wholesale food and beverage supplier. This means more cafes and restaurants throughout the nation will have the opportunity to add the plant-based chicken alternative to their menus.

Chicken Free Chicken, Sunfed’s debut offering, first hit supermarket shelves in 2017. TVNZ reporter Caroline Robinson sampled the faux chicken in a video segment, and she, as well as blind taste-testers interviewed on the street, declared they couldn’t tell the difference between it and the real thing.

Chicken Free Chicken is made from pea protein and contains 62 percent more protein than real chicken. Within a year of its debut, the realistic chicken alternative was picked up by one of New Zealand’s leading grocery chains, Countdown Supermarkets. Just last month, BP introduced vegan chicken pies using Sunfed’s chicken “meat” at all BP petrol station cafes across the country. 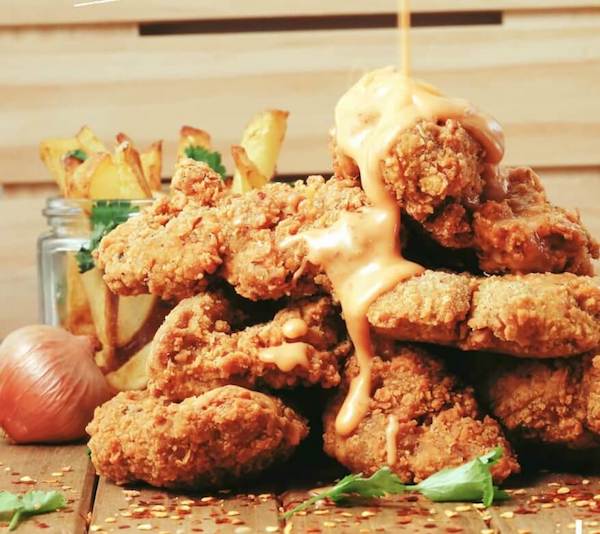 Sunfed Meats founder Shama Lee said she wanted to launch the company with a chicken alternative because chicken is the most consumed meat in the Western diet. This popularity along with their small size means more chickens are killed for food every year than any other animal.

Since the success of Sunfed Meats’ vegan chicken, the vegan company has also introduced a pea protein-based Bull Free Burger, and has plans to expand into Australia.

Sunfed’s expansion comes at a time when New Zealand is seeing a tremendous growth in consumer demand for vegan products in general. Last year, New Zealand’s leading news channel reported on Kiwi suppliers’ struggle to keep up with the fast-growing demand for plant-based groceries.

Traditionally non-vegan eateries are taking notice. Earlier this month, Domino’s announced it would add a range of vegan pies to its permanent menu. Burger King also revealed it’s working on a vegan burger for New Zealand.

But food isn’t the only sector in New Zealand with an increase in vegan options. Responding to customer demand, Auckland-based Pathfinder, a socially responsible investment firm, recently updated its policies. Its stock portfolio will no longer include businesses that engage in animal testing or involve animal products.