Sunfed says its vegan chicken has double the amount of protein in conventional chicken and triple the amount of iron than beef. It’s also free from cholesterol, trans fats, antibiotics, and hormones.

The founder of Sunfed, former software engineer Shama Sukul Lee, created a manufacturing process that produces meat-free chicken with “a handful of all natural wholesome ingredients, and clean water-based proprietary techniques,” the company writes on its website.

According to the brand, the vegan version is “better than the real thing” and continuously sells out across New Zealand, where it is sold in more than 250 stores including at BP service stations in a satay vegan chicken pie.

“We challenged ourselves to a high bar of not making a patty, but a whole piece of fleshy meat with long, succulent fibres that would be a good replacement to boneless skinless chicken breast pieces. We also wanted it to be just as versatile, so it had to work easily with existing chicken recipes,” Lee said in a statement. 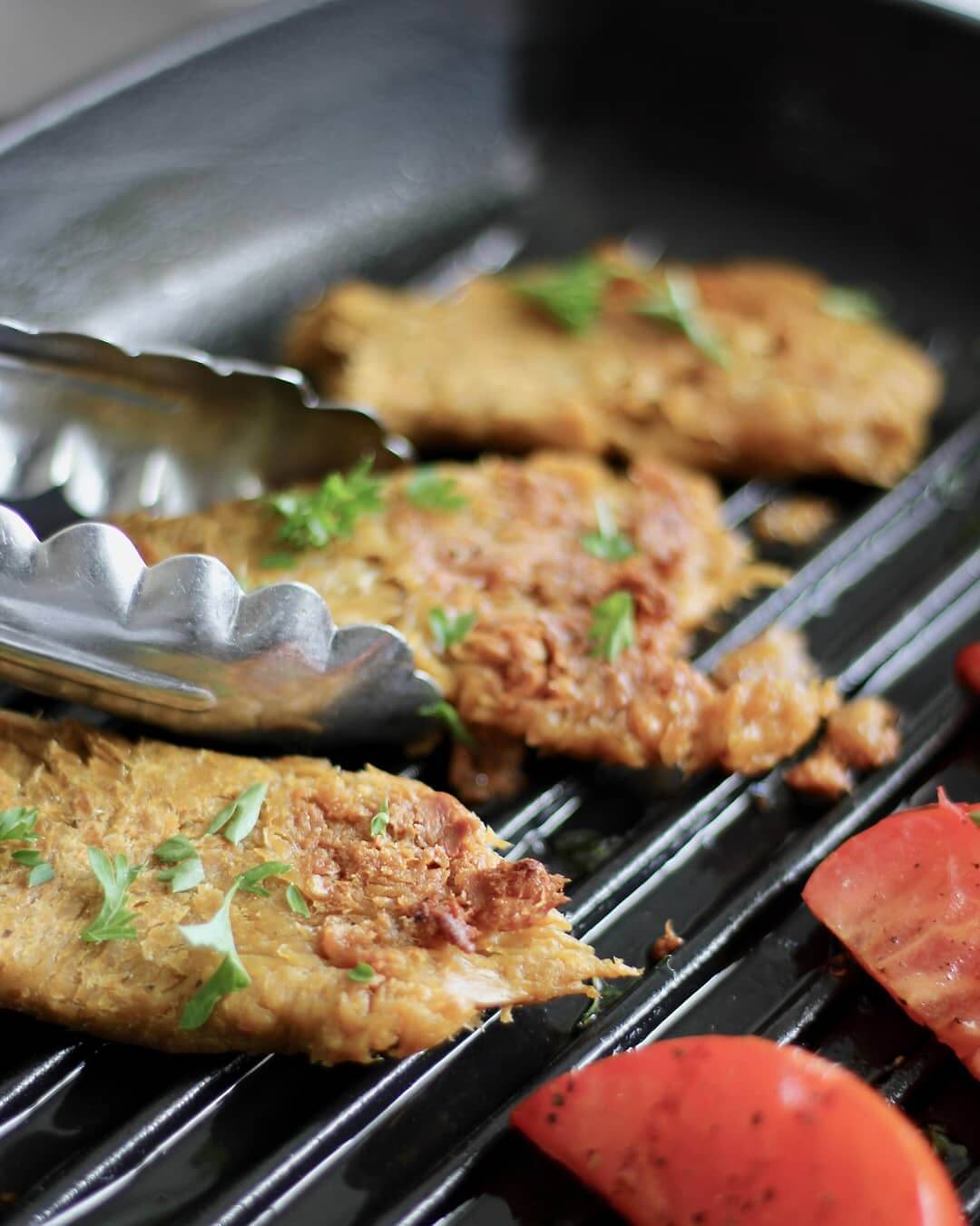 The vegan chicken is made with pea protein | image: sunfedmeats/Instagram

Lee explained the importance of reinventing the food system to centre around plants. “Just like we’re evolving from fossil fuels to solar, we need to evolve from animals to plants. That’s what Sunfed is building – the next evolution of protein that is cleaner and better to ensure a brighter future for all,” she said. “Food is the largest market in the world with the biggest footprint on the planet, transformation here will be significant.”

Lee told Business Insider that Sunfed can “feed with world without damage.”

“It will use its scale to invigorate, and not exploit [resources]; to energise and not disempower, to add value and not just take,” she said.

Sunfed is developing plant-based bacon and its first vegan burger, called the “Bull Free Burger.” The company plans to take its vegan meats to markets across the globe.