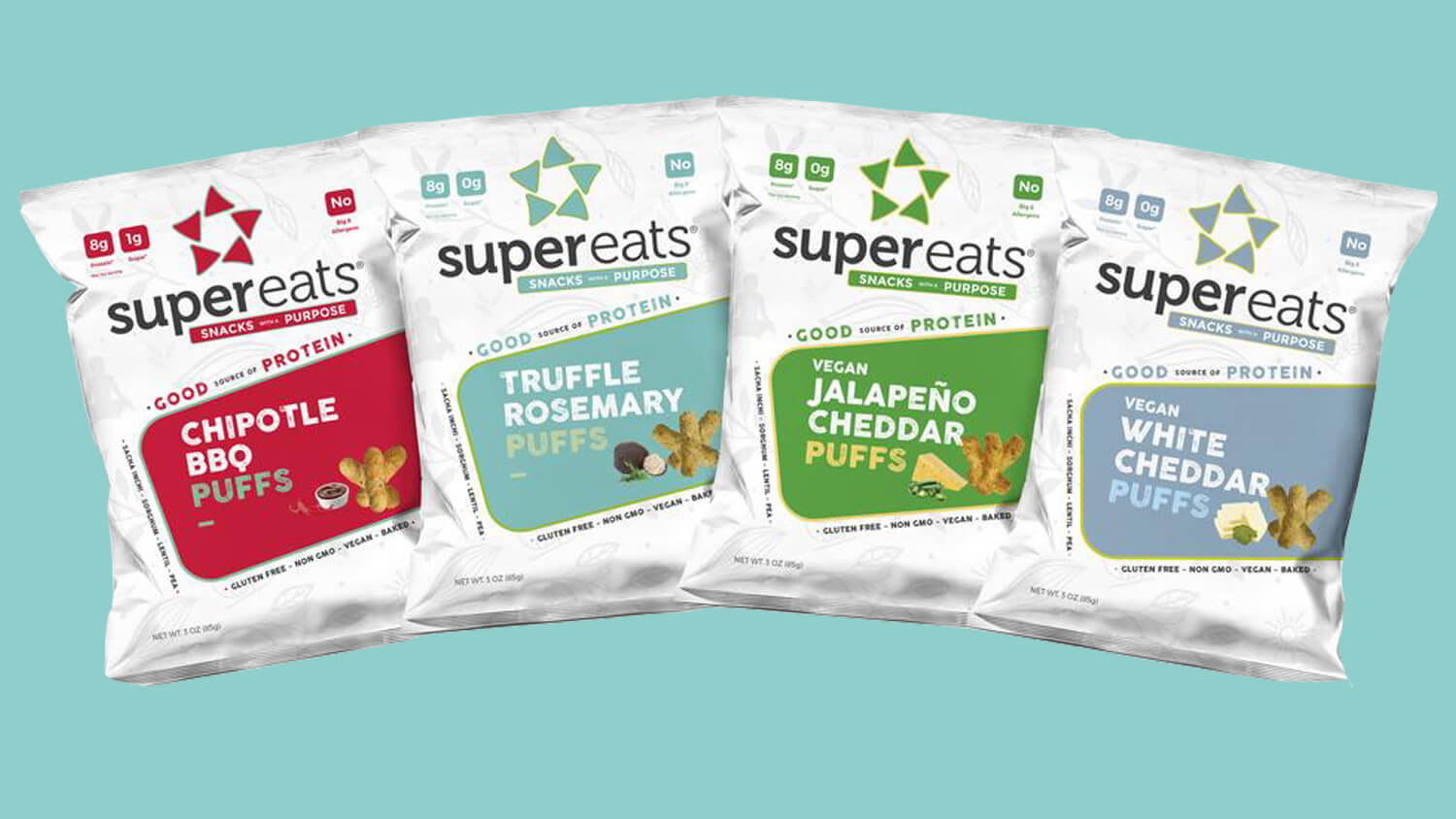 The company uses a combination of pea protein and the Sachi Inchi seed for its puff base. Sacha Inchi is a South American nut sometimes referred to as the Incan Nut or Incan Peanut. The seed is a significant source of omega-3 fatty acids and protein.

SuperEats says it was driven to start the company out of a love for snacks.

“We were always snack addicts and we couldn’t find an option that was made from nutritious ingredients, while still satisfying our junk-food craving taste buds,” the company notes on its website. “Low-calorie products weren’t healthy enough, and the healthy options weren’t tasty enough. So we created a brand that would allow us to innovate and develop new snacks to help people like us eat and live healthier (and HAPPIER!).”

You asked and we are delivering! Our new white cheddar puffs are coming in May. Be on the lookout for a giveaway very soon! #snackwithapurpose #nowastedmeals

SuperEats puffs aren’t accidentally vegan, according to the company, they “make it a point” that the puffs contain “100% plant-based ingredients & protein,” the site notes. “Time and time again, research has shown that there are many ecological and health benefits from a diet composed primarily of these vegan proteins.”

“Some of the most compelling arguments for plant-based proteins and a plant-based diet are the massive environmental tolls animal husbandry takes on the planet,” SuperEats writes on its website, citing a 2014 study conducted by the Water and Development Research Group in Helsinki.

The new White Cheddar puffs are expected to be available at the end of July.