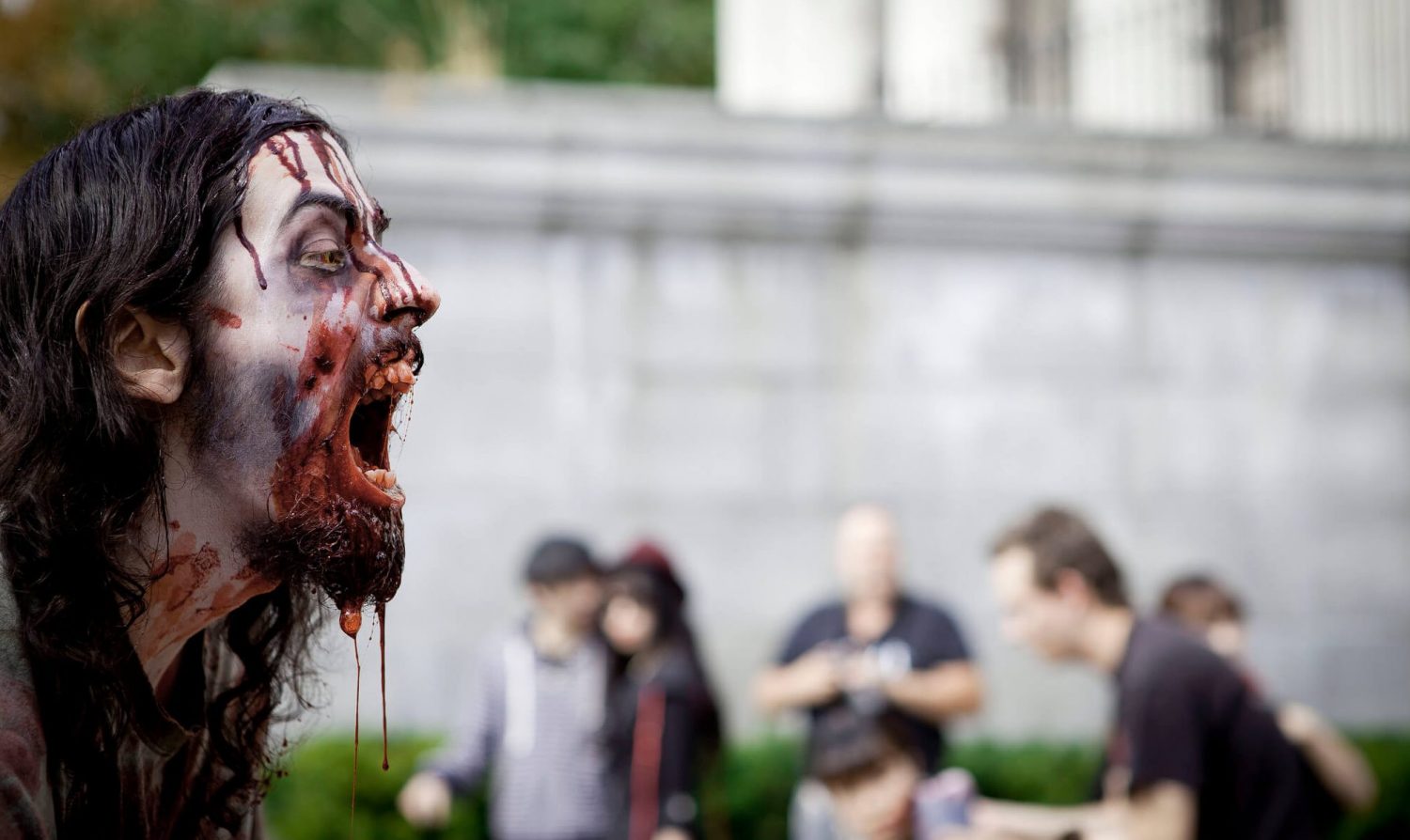 Considering this, and the fact that Halloween is upon us, it’s best you start prepping. You know, just in case.

How To Survive a Zombie Apocalypse as a Vegan

Stock Up On Supplies

Thankfully, supermarkets are offering more vegan food than ever. Since meat and dairy will quickly spoil in an apocalyptic world, some good options include canned vegetables, cereal, non-perishable fruit, or trail mix. It’s all healthy too, it’s a no-brainer.

Get Out of the City

Researchers actually completed a simulation on this, and found that the best place to go is somewhere rural; a sparse population means fewer zombies (which is good).

Many people may head for the nearest minivan and floor it. However, cars break down and are dependent on petrol, which there will be little of.

Consider grabbing a bike, and since people on plant-based diets often have more energy, keep going until you’re dead tired.

It’s easier to grow crops or forage than to hunt food. And less dangerous, as gunshots from hunting could alert nearby zombies.

In fact, eating any animals in a zombie zone is a risky move, as they could be infected. So it’s best to stick to plants. Some of which can even be used as medicine if you do get sick!

The Future as a Vegan Zombie Survivor

When people who eat meat and dairy suddenly can’t source it without a supermarket, vegans will already know how to live without meat. And those farmers who raise livestock will have to give the majority of their produce to the animals.

Eating meat also contributes to heart disease, diabetes and cancer, and hospital visits probably won’t be possible for a while in a post-apocalyptic world.

If All Else Fails

A zombie pack is approaching (zombie pack? Herd? Gaggle?). You’ve tried it all and you’re out of options. Simply tilt your head, adopt a sickening moan and start staggering alongside them. Now that’s dead-ication.

If you can’t beat them, join them- they’ll never know! (Note: this is an untested theory. But it sounds legitimate).