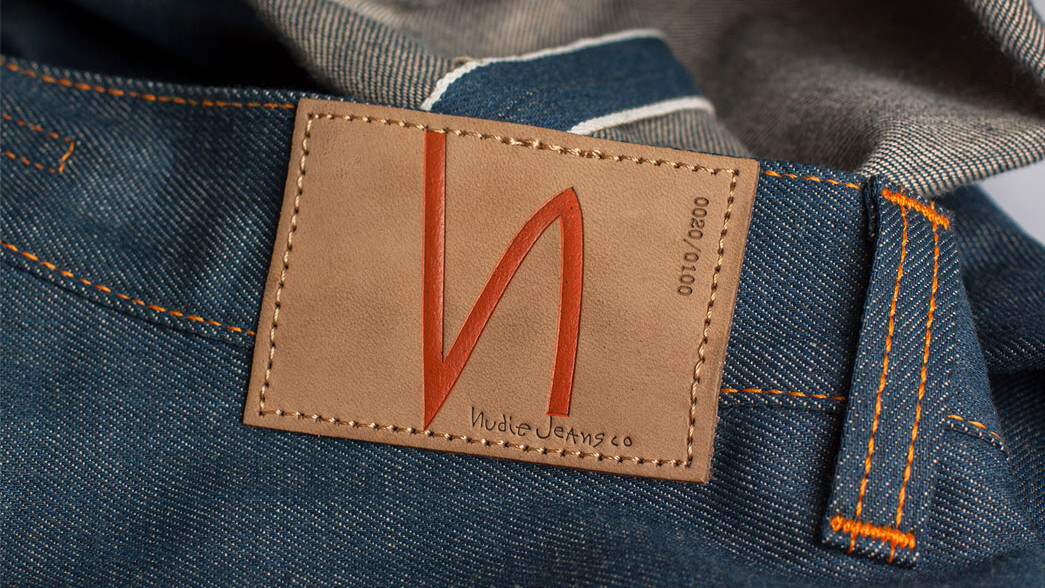 Swedish international denim brand Nudie Jeans’ “beef” with vegans is over; the company has dropped the leather back patch from its products, choosing to replace it with paper instead.

The brand – which claims to make its products as sustainably as possible – made the announcement on its website. “Goodbye leather back patch!” It stated. “From now on, all our back patches will be made from sturdy and durable jacron paper. That’s good news if you’re a vegan. It’s even better news if you’re a cow. And as always, all our jeans are made with 100% organic cotton.”

According to the company “sustainability runs in the genes of Nudie Jeans” and leather – resource intensive by nature – does not fit with this mantra. Huge amounts of energy, water, land, and chemicals are required to make leather, making the material’s impact on the planet significant. As well as billions of animals, it’s also harmful to people, with high rates of skin cancer recorded among tannery workers, according to animal rights organization PETA.

Hey, vegans! Our beef is over. Leather’s out, paper’s in. All newly produced denim garments from Fall 2018 and onwards carry our new vegan back patch. Link in bio to read more. . . . #nudiejeans #heyvegans #organicdenim

Nudie Jeans ditching leather is a positive start, notes the organization, however, it hopes that other brands – particularly denim giant Levi’s – will follow suit.

“Sensitive cows are beaten, slaughtered, and skinned, all to produce a nonfunctional patch on the back of some Levi’s jeans,” said PETA. “The company claims that sustainability is sewn into the fabric of everything it does, but animal agriculture – which includes the leather industry – is responsible for 14 to 18 percent of all greenhouse-gas emissions. Recent independent studies have found that cows’ skin has nearly double the negative environmental impact of its standard vegan leather counterpart.”

Some designers – such as vegan Stella McCartney – stand with PETA, and hope that the industry’s view on leather will begin to change in the same way as it has on fur. Speaking to the Associated Press during Paris Fashion Week, the designer noted that convincing brands to ditch leather would be tougher to achieve than it was with fur, but in doing so billions of animals lives would be saved.