Sustainable vegan footwear designer Sydney Brown is set to launch biodegradable stilettos that have been fours years in the making.

“We’ve had a very strong commitment to using as little plastic as possible,” Brown told Vice, as the designer establishes a studio in Hawaii. “With every collection we try to do a bit better.”

The stilettos were sported by vegan actor, Natalie Portman, on a Saturday Night Live segment earlier this year. Although the shoes will eventually break down, Portman demonstrated the sturdiness of the design by jumping up and down; degrading shoes would not be a concern of the wearer throughout its usable lifespan. The shoes are expected to be launch in Summer. “[W]e can do a lot more interesting designs as well. This is just kind of the tip of the iceberg,” noted Brown. 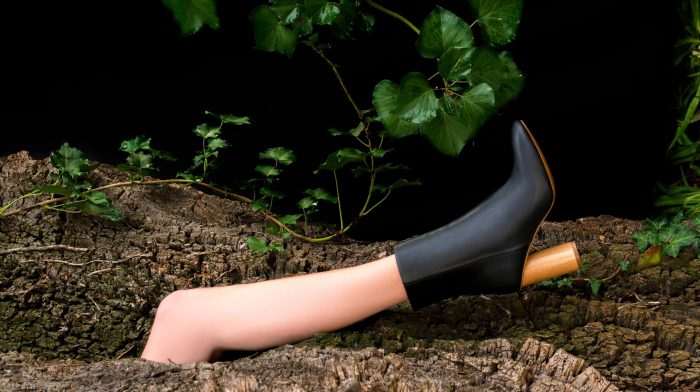 The brand already stocks a line of vegan shoes – including pairs dyed with wine — at retailer Urban Outfitters, among other boutiques. But it aims to take sustainable designing in the world’s second-biggest polluting industry to the next level; it is developing technology that allows for the exact shoe pattern to be grown with cellular agriculture, so there would be literally zero wasted lab-grown leather.

Brown added that fennel is a plant-based material the designer uses frequently. “[Fennel] has been the most surprising [material] because it’s so water resistant, and it’s very durable, and it’s been an amazing material,” she said.

For Brown, the journey from concept to creation has been deeply personal. Growing up in Detriot, her childhood home had many slaughterhouses nearby and she found the sound of animals being slaughtered “horrific.” As a teenager, she inspired her whole family to go vegetarian and had always been “grossed out” by leather. 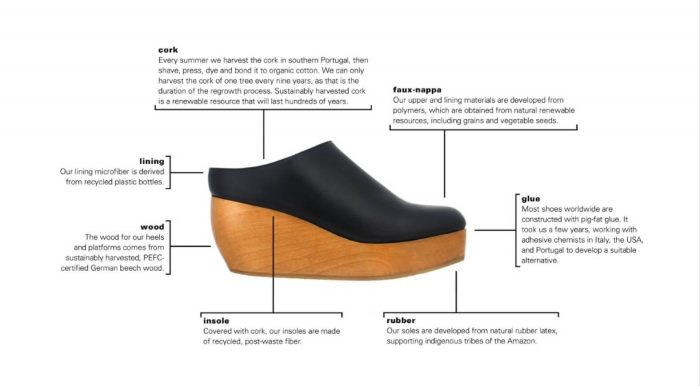 Looking forward, the brand hopes to expand its range into clothing and will debut handbags in its Spring/Summer collection next year.

The Sydney Brown label is part of a larger effort toward designing the future of fashion. Many companies are shifting into vegan alternatives or lab-grown leather, while consequently moving away from the conventional reliance on animal products. Recently, internationally-renowned luxury men’s fashion brand, Hugo Boss, launched a range of vegan shoes made with pineapple leather. And earlier this month, a top fashion designer said vegan leather is no longer seen as an alternative, as it lasts longer and performs better than its animal skin predecessor.