Australian researchers are using jackfruit and durian waste to develop a new, sustainable, and ultra-efficient form of electricity storage.

The research uses the often discarded cores of tropical fruit as high-performance supercapacitors. This method of electricity storage is double-sustainable—both cost-effective and environmentally friendly.

Researchers at the University of Sydney discovered that both jackfruit and durian cores display “outstanding performance” thanks to their “large surface area, mesoporous structure, and intrinsic nitrogen.”

Processing the fruit biomass involves heating and freeze-drying to transform it into stable carbon aerogels. This is “an extremely light and porous synthetic material used for a range of applications,” including super-capacitors.

“[We] used the fruit-derived aerogels to make electrodes which we tested for their energy storage properties, which we found to be exceptional,” continued Professor Gomes.

“Super-capacitors are like energy reservoirs that dole out energy smoothly,” he explained. “They can quickly store large amounts of energy within a small battery-sized device and then supply energy to charge electronic devices, such as mobile phones, tablets and laptops, within a few seconds.” 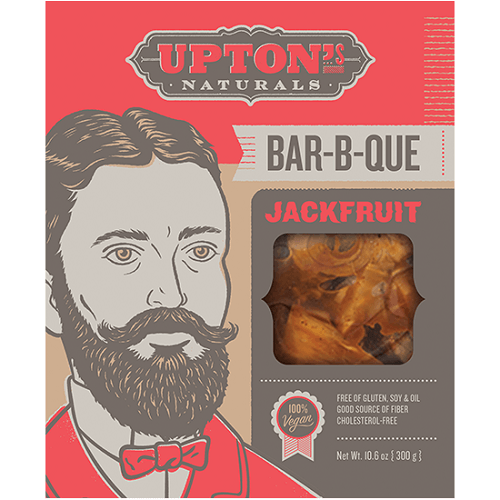 The jackfruit tree typically grows in tropical lowlands and commonly features in south and southeast Asian cuisine. When cooked, unripe jackfruit flesh has a texture similar to pulled pork and chicken. This has made it a popular vegan meat substitute in countries including the UK, the US, and Germany.

However, Upton’s Naturals uses almost all of each fruit for its plant-based meat products.

“At the maturity level we harvest jackfruit, we use the whole inside of the fruit,” explained Staackmann. “Including the core.” He added: “The jackfruit we use would normally be sent to the compost pile, so I think that’s a great start.”

Now a mainstream staple, jackfruit is available as a topping from pizza chains such as Pizza Hut and Papa Johns. Between 2014 and 2018, Indian exports of the tropical fruit rose to 500 tonnes.