Moore told BBC Scotland, “about 60 percent of a cafe’s waste is about coffee grounds. In Scotland, that amounts to about 40,000 tonnes a year—across the UK, more than half a million tonnes.” He added, “coffee grounds are so heavy that it takes their waste bill through the roof.”

Despite a lack of background in engineering, Kennedy and Moore have started their own sustainable oil company called Revive Eco.

The pair have already received £235,000 in funding from the Zero Waste Scotland agency. They will be in the running for around £776,000 when they compete against 19 other global companies in the Chivas Venture competition.

“The most exciting part for us is that [the coffee grounds] have all the same components as palm,” continued Moore. “Palm oil’s in the news for all the wrong reasons. It’s really exciting for us that we could potentially provide a local and more sustainable alternative to all the industries that are currently using palm oil.” 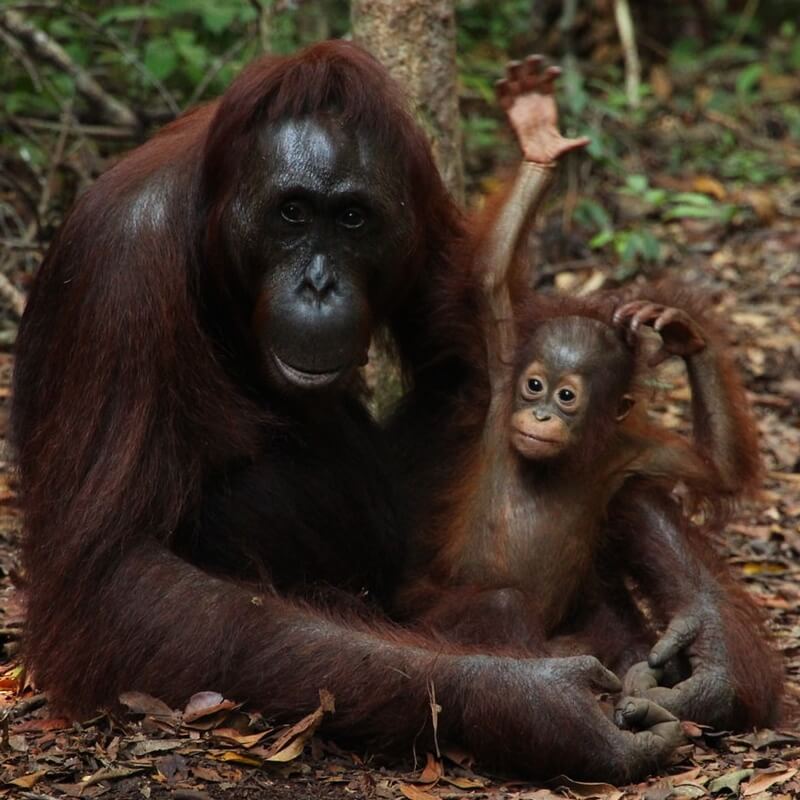 The orangutan population is in decline due to palm oil production

Palm oil is a vegetable oil taken from the fruit on the African oil palm tree—despite its name, the tree can be found in Africa, Asia, South America, and North America. Companies add it to everything, from food, to fuel, to cosmetics, to cleaning products.

According to Rainforest Rescue, this demand for the oil has led to deforestation, a loss of biodiversity, and the displacement of indigenous peoples.

The organization notes that more than half of palm oil imported to the EU is used for fuel. It explains, “Only 70,000 orangutans still roam the forests of Southeast Asia. Yet the EU’s biofuels policy is pushing them to the brink of extinction. Every new plantation on Borneo is destroying a further piece of their habitat.”

In December 2018, Norway became the first country to ban palm oil-based biofuel. Some companies, like Virgin Atlantic and UK supermarket chain Iceland, have also chosen to boycott palm oil in favor of alternatives.