The dairy industry in Sweden is struggling to accept the fact that people like oat milk. Vegan milk brands like Oatly are quickly becoming a consumer favorite.

Sweden is currently in a “milk war,” according to The Outline. The country has long been a lover of cow’s milk but in recent years, Swedes are leaning away from dairy. Data published on Statista found that per capita, the consumption of milk in Sweden has decreased from 130.5 liters in 2007 to 103.1 liters in 2017.

Many are replacing dairy with vegan milk and the dairy industry is keen to quash the pattern. Earlier this year, dairy giant Arla launched a handful of anti-vegan milk television ads. One commercial sees a room full of dispirited workers drinking “Pjölk,” a made-up product that’s likely taking a swing at Oatly. At the end of the ad, a carton of Pjölk is punched off the screen as a vocalist sings, “Milk is milk.” It’s followed by the slogan: “Only milk tastes like milk.”

“Milk has been a natural part of Swedes’ diet and culture for over a century — it’s in the Swedes’ souls,” Rosanna Hagald of the ad agency behind the Arla campaign told The Outline. “For the last couple of years, a lot of new competitors have entered the market and tried to convince people to choose other beverages over milk.” 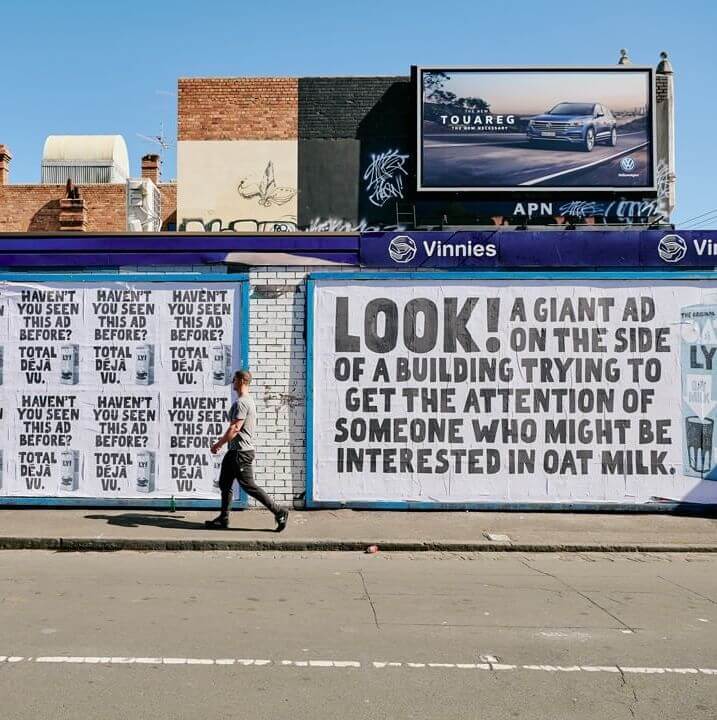 Oatly’s vegan campaigns have appeared around the world. | @oatly

Oatly Has ‘No Fear At All’

Oatly responded to Arla’s commercials by trademarking the made-up words used by the dairy brand. The vegan company began printing the words — including Pjölk, Brölk, Sölk, and Trölk — on its packaging.

“It must be terrible to wake up one day and realize consumers see through your propaganda and that your products are totally out of sync with what the planet needs to ensure its future,” Oatly creative director John Schoolcraft told The Outline. “That an oat milk company shows up possessing no fear at all and all too eager to witness your demise must be dreadful. I don’t feel sorry for them at all.”

Arla isn’t the first to take issue with Oatly. Swedish dairy lobby LRF Mjölk once sued Oatly for vilifying cow’s milk, especially with its slogan, “Milk, but made for humans.”

LRF Mjölk won, and Oatly was forced to stop using the line and pay the conglomerate £100,000. But Oatly wasn’t satisfied with the outcome and proceeded to publish the text of the lawsuit. This led to a 45 percent increase in Oatly sales in Sweden. 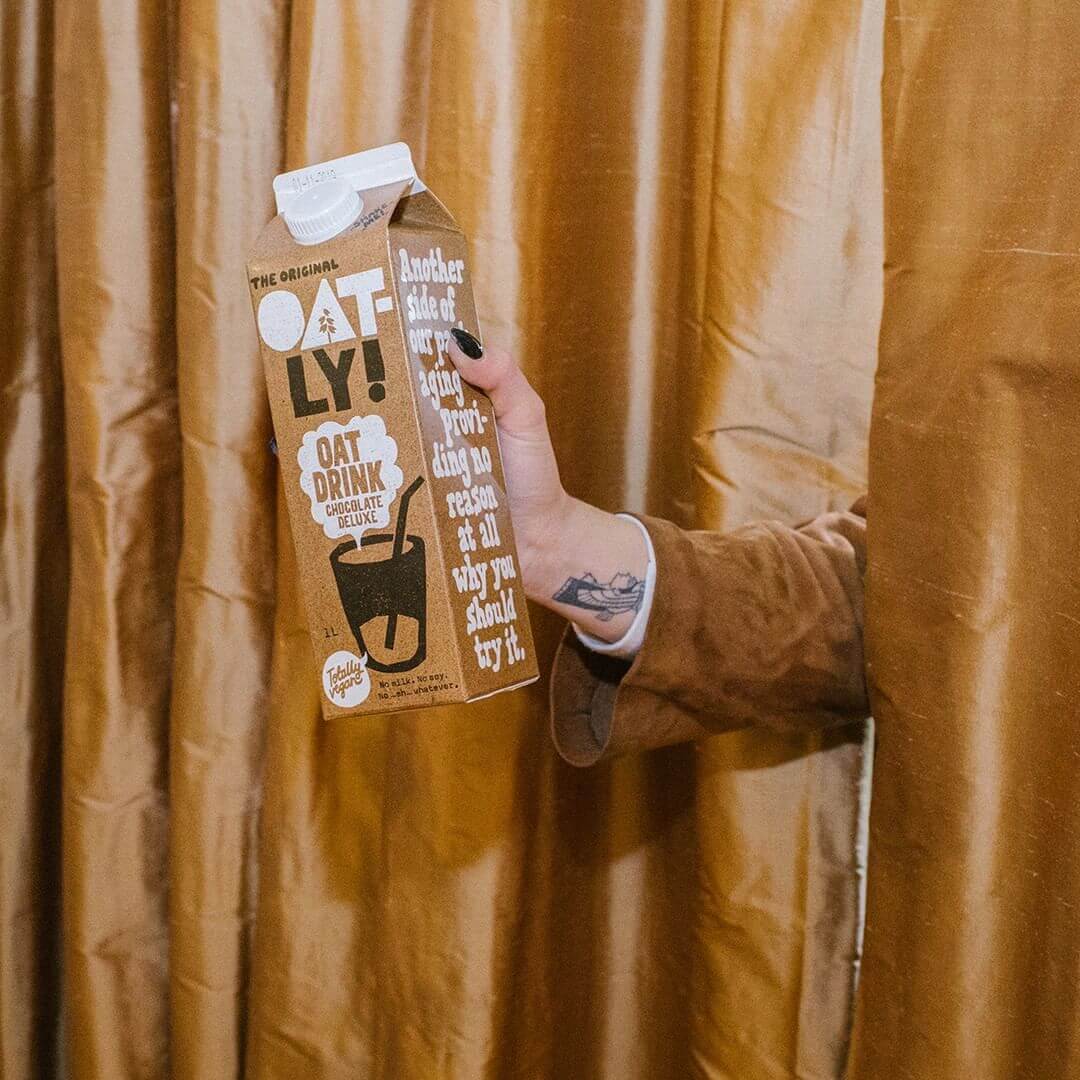 You can find Oatly’s vegan dairy products in countries around the world. | @oatly

People’s love for Oatly has not been confined to Sweden. As Oatly’s profits grow, the vegan dairy brand has entered multiple other markets around the globe. And its message has not wavered. Last month, Oatly erected a billboard at Waterloo station in London — the busiest in all of the UK — encouraging people to ditch animal products. “Go ahead, eat like a vegan,” it read.

Last year, Oatly launched a £700,000 advertising campaign in the UK. The campaign included a 15-second commercial that appeared on All 4, the on-demand platform for Channel 4. Oatly also put up advertisements in several London underground stations including Brixton, Kings Cross, Oxford Circus, and Shoreditch. The ads featured the controversial but iconic line that was banned in Sweden: “It’s like milk, but made for humans.”

The company has shown no signs of slowing down. It now makes canned coffee drinks, dairy-free ice cream, and vegan custard, too. Oatly sells its products in the U.S., the UK, Australia, Croatia, China, South Korea, Italy, Singapore, and the Czech Republic.