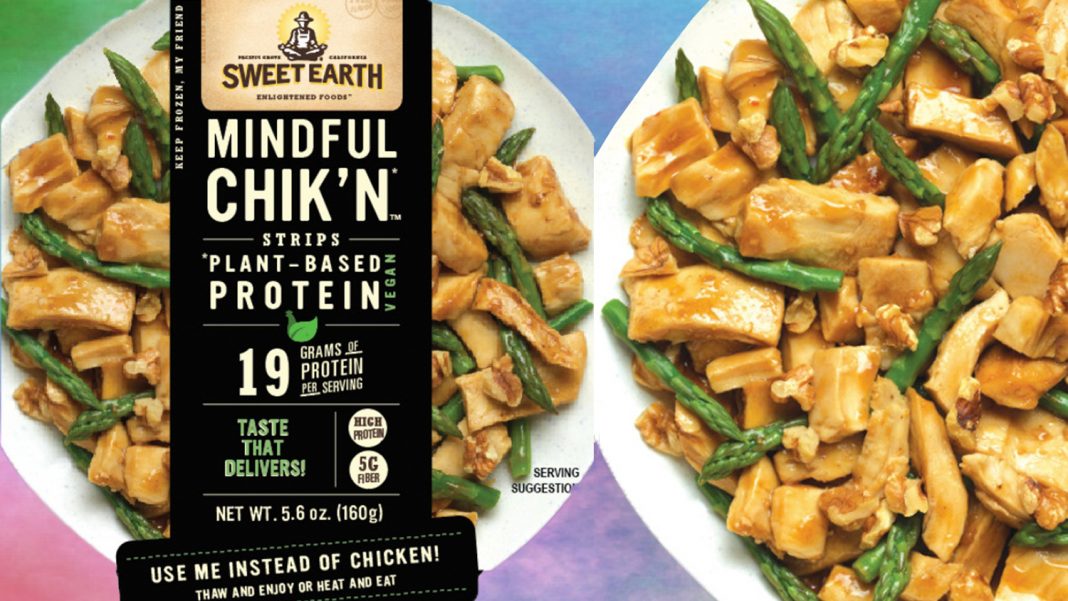 According to company co-founder and CEO Kelly Swette, the new items, a Chinese Mindful Chik’n with Black Bean Sauce and a Filipino Adobo Bowl, will launch at Target in April. The range contains 19 grams of plant-based protein per serving. Meat from chickens is usually about 15 grams per serving.

Nestlé acquired Sweet Earth in 2017. It was the first major vegan-friendly acquisition for the world’s largest food company (some Sweet Earth products contain eggs and cheese). Reactions have been mixed: critics of Nestlé say association with the Nestlé brand will dilute Sweet Earth’s quality and market share, but the vast majority of consumers see it as a win on a number of levels.

“As millennials become the most important segment of the market, they’re influencing everyone’s taste,” Swette said. “I would say millennial-minded consumers are more adventurous, interested in ethnic cuisines, which tend to be more vegetable-centric, and tend to rely a lot on sauces and spices for flavor. That’s the kind of food that we try to make. Food that inherently is vegetable-based, inherently bright, vibrant, higher in fiber than what you would get with meat-based dishes, and it’s also visually very stunning.”

But she says it’s not just “throwing a bunch of vegetables in a bowl,” the company works to focus on recipes that are “interesting, flavor-forward, nutrient-dense, and have texture and color. Those are components of what we call the modern food movement. We’re going to continue to push that through introduction of more plant-based proteins… in variety of flavors.”

Sweet Earth is the seitan category leader — and the new chicken range may help it to command the vegan chicken category as well. Brands including Gardein, Beyond Meat, Quorn, and No Evil Foods all offer vegan chicken products as well.

But the category leader may be a New Zealand-based brand, Sunfed Meats. The vegan chicken producer has received worldwide attention for its meatlike meat and with a recent round of funding is set to expand its distribution across the globe.