Mystifry, which previously operated as a pop-up bakery, opened its brick-and-mortar location in the historic city of Basel earlier this summer. It was successfully crowdfunded in May, thanks to 332 backers raising more than 20,000 in Swiss francs in one week.

German-born entrepreneur Allegra Wolff is the driving force behind the one-woman operation. Wolff launched Mystifry in 2019 after moving from Hamburg to Switzerland a few years ago. After noticing a lack of plant-based food and restaurants in the area, she got to perfecting a recipe for a vegan brioche donut. Her goal was to prove that vegan food is more than just “quinoa bowls and green smoothies.”

According to Wolff, Mystifry had a successful first year in business, with “long queues, even longer nights of frying hundreds of donuts, regular sell-outs, and an increasingly high demand.” 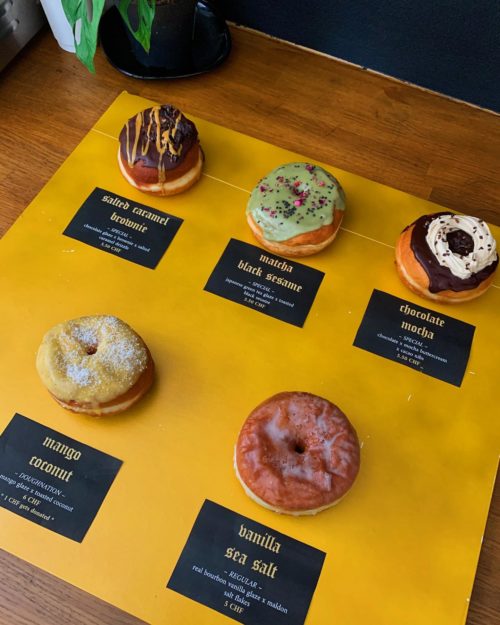 Mystifry, a vegan donut shop that started as a pop-up, is now open for business.

Wolff also intends for Mystifry to be an activist space. In a June post supporting Black Lives Matter, she wrote: “This is not an ‘American issue.’ Police brutality, violence against Black people and people of colour, institutional racism, and racial profiling exist and happen all over the world, including Switzerland.”

“I don’t want Mystifry to just be yet another donut shop,” she added. “This business will always use its platform in support of social justice issues, human, & animal rights.”