During the show — which aired its first season in 2018 — T-Pain, an entrepreneur and investor, visits innovative and unique startups that are working to re-shape the future of certain industries.

“T-Pain gets entrepreneurship,” said CEO of JUST Josh Tetrick. “It took him less than three minutes to understand us, our mission and vision, and to grasp how fresh perspectives and new ways of thinking — whether in making music or making food — are important to creating something entirely unexpected and better.” 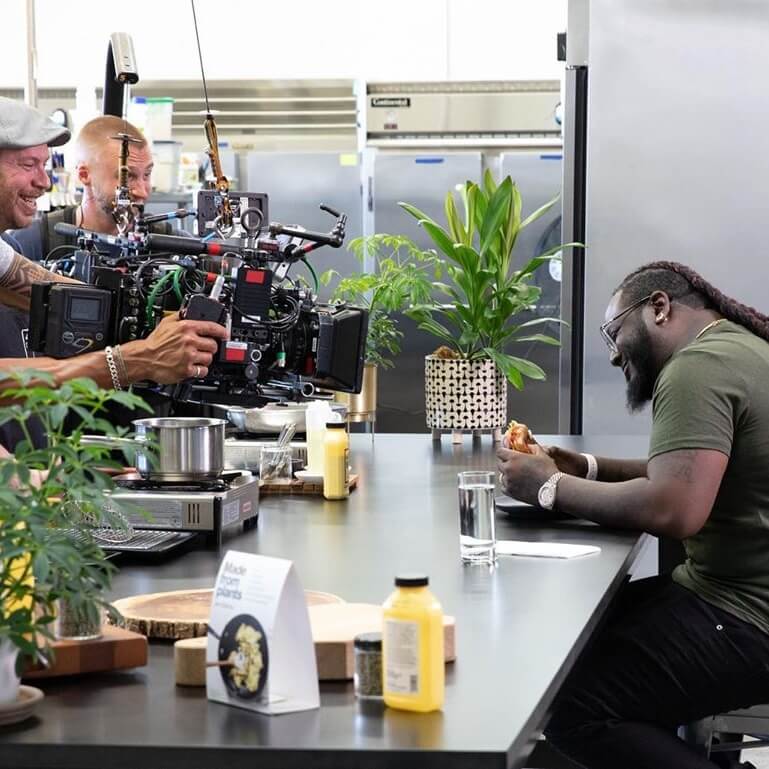 The Future of Food

In the first series of the show, T-Pain visited a wide variety of young entrepreneurs, who were developing everything from weed wine to nutritional instant ramen.

This series, thanks to his visit and tour around JUST HQ, he’s learning all about the future of sustainable food innovation.

JUST makes its vegan scramble with mung beans, and it’s proving popular so far. The product is currently the number one selling liquid egg in natural stores, above chicken eggs.

According to data shared by the company, Just Egg made up 40 percent of all dollars generated in the natural channel’s liquid egg category, and 30 percent of all units sold.

JUST is also working to develop clean meat and has already been taste-testing its first clean meat chicken nugget, grown in a bioreactor. The nugget isn’t yet available in the United States commercially, as it still needs to be FDA and USDA-approved. However, according to CNet, the product could be on Asian menus before the end of this year, once it receives regulatory approval.

Next up on JUST’s clean meat agenda is Wagyu beef; it’s working closely with the Toriyama family in the foothills of Mt. Akagi in Japan to make its product truly authentic. “Through a first-of-its-kind partnership, JUST will develop cultured Wagyu beef using cells from Toriyama prized cows,” notes the company on its website.