Taco Bell is the only quick service restaurant to certified by the American Vegetarian Association. According to the brand, its current menu allows more than 8 million vegetarian combinations, enough to customize a new meal every day for 20,000 years.

The dedicated vegetarian menu will feature “exciting” all-new options that have not yet been revealed, as well as options from the existing menu.

“We decided to scratch the idea of New Year’s resolutions and instead make New Year’s commitments,” said Julie Masino, president of North America at Taco Bell, in a statement. “From simplifying our ingredients while improving food quality, to creating more new jobs, to improving our recycling efforts, these are just some of our promises to keep doing even better and being even better, and they are promises that we know we will keep.” 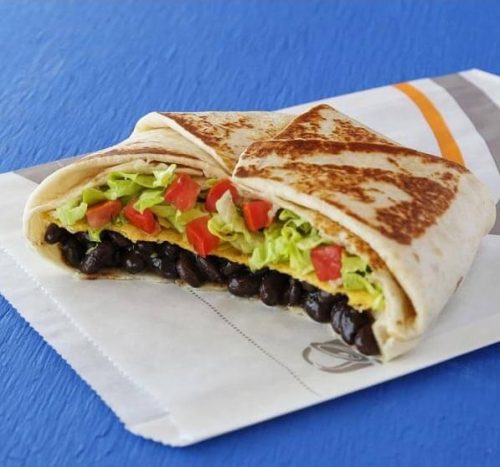 Taco Bell is one of the most vegan and vegetarian-friendly chains in the nation. The chain even has an official webpage dedicated to how to order vegan at Taco Bell.

“With just a few modifications to some of your favorite menu items, you can create a delicious vegan feast in the restaurant, online at Ta.co or through the Taco Bell mobile app,” states the website.

Customers swap meat for beans (black or refried) and remove cheese and sour cream from anything by asking for “fresco-style.” Using the Taco Bell app makes ordering vegan even easier, as you can remove and add ingredients to any dish with the tap of a button.

In addition to launching a dedicated vegetarian menu, Taco Bell has committed to removing all artificial colors and flavors from its core menu and will continue to remove additives wherever possible. It plans to remove TBHQ (tertiary butylhydroquinone), a controversial synthetic preservative present in many fast-food items, from all menu items later this year. Taco Bell also aims to reduce sodium by 25 percent by 2025. 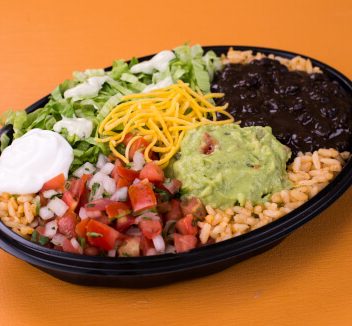 Taco Bell will further enhance its menu with higher-quality ingredients such as using vine-ripened tomatoes, making guacamole from only Hass avocados, and making its pico de gallo fresh daily.

The company also aims to reduce its environmental impact by rolling out recyclable cold cups and lids, which account for 95 percent of all drinks sold in its more than 7,000 US restaurants. By 2021, Taco Bell hopes to make all cups recyclable.

Other efforts include creating 100,000 new US jobs by 2020 and awarding $21 million in scholarships by 2021 through the Taco Bell Foundation, a non-profit launched to support young people in exploring their career passions.

Taco Bell has not revealed where it will trial its dedicated vegetarian menu.