“Their group is well known for their focus and insight on localized menu innovation, which is why this fusion Yu-Xiang OmniPork Taco — a combination of classic seasoning in a novel taco presentation — is bringing such WOW effect to both local and foreign patrons,” he said in a statement.

Yeung continued, “We are confident that this special promotional launch is the beginning of a long partnership between the Green Monday group with Taco Bell as well as other brands under the Yum China portfolio.”

OmniPork launched in Green Common, a vegan grocery store chain, late last year. It is also available in restaurants across Hong Kong, including Pizza Express, the Four Seasons Hotel, and the Grand Hyatt.

OmniPork made its Mainland China debut late last November via the Green Common store on online retailer Tmall. More than 180 foodservice outlets — including high-end hotels Park Hyatt Shanghai, The Langham Shanghai, Cordis Shanghai Hongqiao — across Shanghai and Beijing are expected to serve the vegan pork, according to a press release.

While U.S. Taco Bell locations are sticking to beans for the time being, international locations are getting on board with plant-based meat. Last July, Taco Bell Spain launched vegetarian meat made from pulled oats and beans after a successful test in Finland. According to Helsinki-based brand Gold&Green, which developed the meat, it has a taste and texture similar to ground beef.

The “Oatrageous Taco” will roll out to European locations by summer 2020, according to Nation’s Restaurant News. As for whether it will launch in the U.S., Steven Gomez, Taco Bell’s director of international product development, said: “Never say never.” 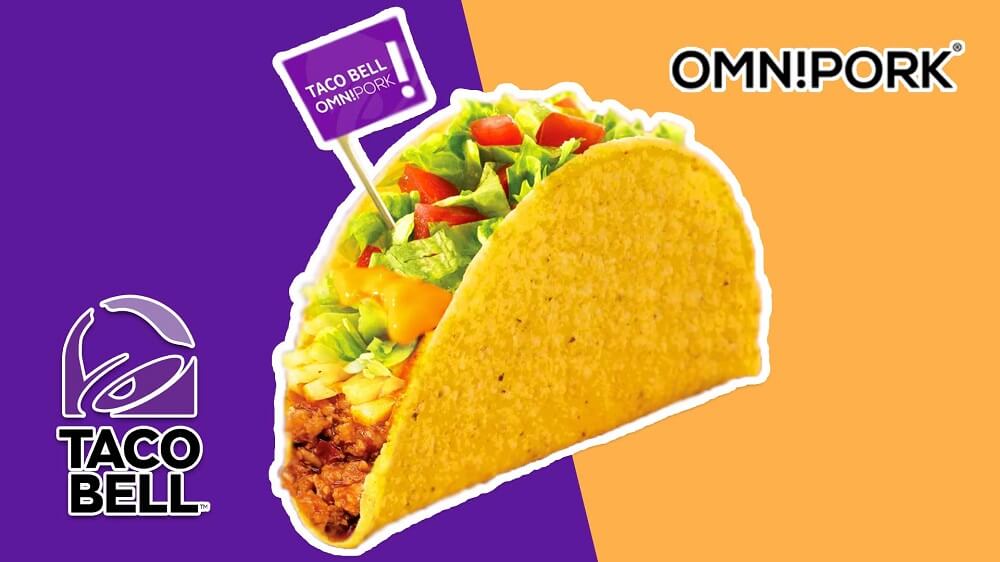