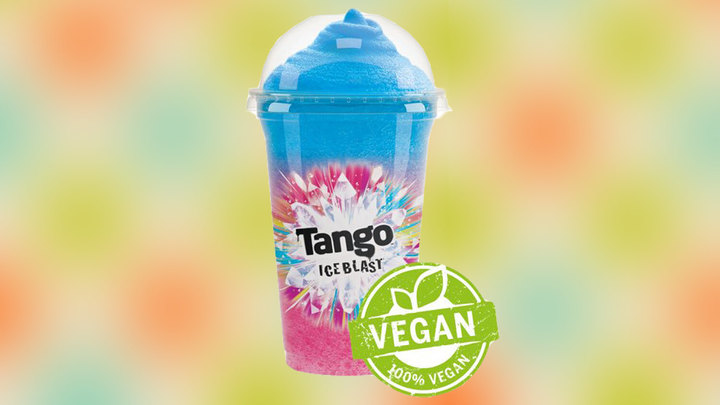 Slush Puppie’s Tango Ice Blast is the UK’s number one fizzy iced crystal drink. Available in nearly every cinema across the nation, the brand has sold 175 billion cups of slushy since 1974. And in case you didn’t know, the brand reminded fans that it’s also vegan.

“Yes! That’s right! We are vegan and no sugar! What’s your excuse now?!” the brand wrote on Twitter along with a “100% Vegan” logo and the hashtag #Veganuary. Tango Ice Blast also updated its Instagram biography to advertise that its recipe is free from animal products and gluten.

The move isn’t new; last year during Veganuary, Tango Ice Blast wrote online that it is “proud” to be vegan-friendly.

Veganism in the Mainstream Market

Plant-based food is becoming increasingly mainstream, as more people eschew animal products for reasons including health, the environment, and animal welfare. This upped demand inspires businesses around the world to shift their practices to keep up.

Some companies, like Slush Puppie, already used vegan ingredients but have recently begun promoting the fact that they’re vegan-friendly. Global brand Nestlé just added a “forever vegan” label to its classic Shreddies cereal boxes, advertising that they “always have been” free from animal products.

Leading supermarket chains – like the UK’s Tesco, the U.S’ Trader Joe’s, and Australia’s Woolworths – are developing and releasing more vegan and vegetarian products to cater to demand. A report released earlier this month by leading market research firm Mintel revealed that the UK has become a global leader in plant-based product launches. Mainstream restaurant chains like Subway, McDonald’s, and Pizza Hut, have also jumped on board with vegan options.

A report from last year discussed how the plant-based food market is no longer considered niche, praising brands like vegan and vegetarian meat company Quorn Foods for helping to welcome everyone – not just vegans – into the vegan food space, and “bring inquisitive consumers around to its way of thinking.”

This month, one of the first vegan ads to hit mainstream television was launched, advertising Violife’s dairy-free cheese and how easy it is to swap animal-based dairy with vegan versions.