The brand’s boxed dairy-free mac and cheese is also available at Target. 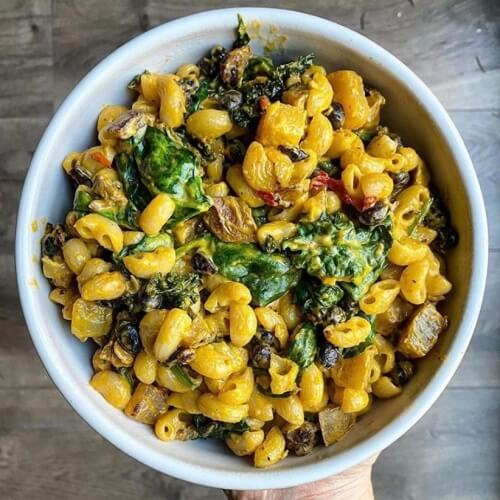 Target has been expanding its vegan options over the years to meet the growing demand for plant-based products.

A study released in February 2020 revealed that nearly 25 percent of Americans are eating less meat than ever before. According to data analytics company Gallup, many consumers are reducing their intake of animal products for the environment, but also for their own personal health.

Another study conducted by Numerator last year revealed that 80 percent of American consumers would like to swap out some or all meat products for plant-based alternatives. Again, the driving factor for most was health.

Last month, the retailer released its own vegan mayo under its Good & Gather label. The label launched last summer. It features a number of high-quality and affordable food and beverage products—including a variety of vegan options.

Target has also added a number of other plant-based products to its aisles, including vegan chocolate cupcakes, ice cream, sangria, and Hippeas chickpea snacks.