Taylor Swift and Stella McCartney have teamed up on a sustainable fashion line timed to the launch of Swift’s new album “Lover,” which drops later this week.

The vegan fashion range is stylized after Swift’s album art and includes jackets, tops, and bags that are “pastel-hued and filled with whimsy,” according to Vogue.

“Even better,” Vogue notes, “the entire range is produced up to McCartney’s standards of sustainability—meaning no fur or leather products, in addition to eco-aware manufacturing processes.”

McCartney says the brand is “so serious” in how it manufactures its range. “We are always looking at sustainability and not killing animals, it means we have such a serious undertone in the everyday runnings morally of how we conduct ourselves as a brand. So I always have to counter that with having a lightness of heart and have a sense of humor and not make people feel terrible.” 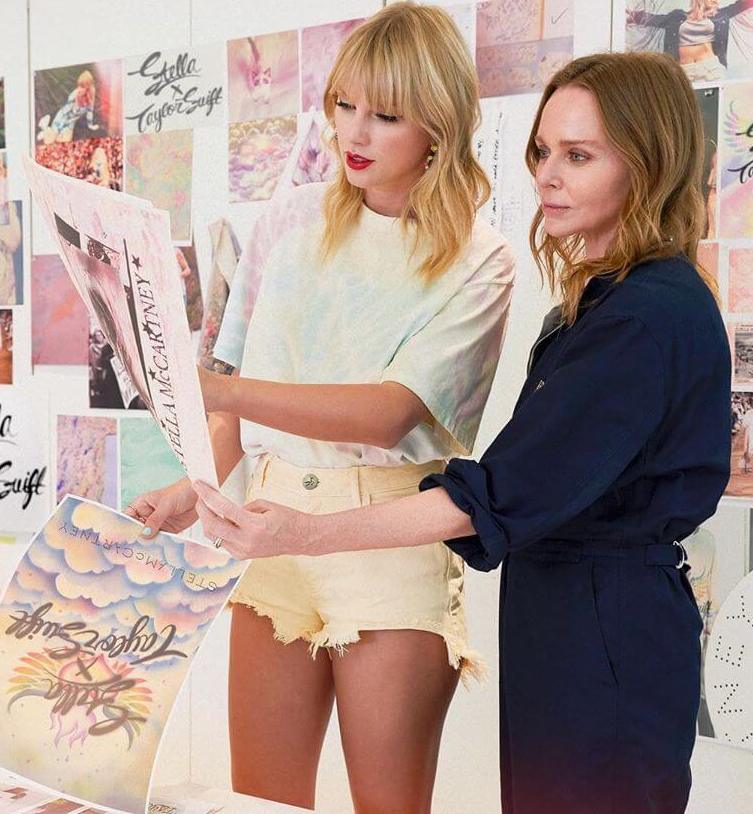 The musician and designer work on the Lover line.

The designer is a fan of collaborations. She frequently pairs with Adidas on shoes and athletic wear. McCartney, no stranger to working with musicians, also recently launched a Beatles collection. Her father is ex-Beatle Paul McCartney.

Swift and McCartney met after one of Swift’s recent concerts in London.

“When I started spending more time in London, Stella and I would go on walks, have cocktails, and talk about life. So when it came time to write this album, I name checked her in one of my songs, and when I played her the album, I said, ‘Should we do something?’” Swift told Vogue.

It took McCartney quite by surprise. “I couldn’t believe that my name is in a Taylor Swift song (what?!?) and after Taylor played me the entire album it gave me such incredible inspiration for the collaboration and it really revolved around the music. When Taylor asked me, or even thought to come and do this with me, what I love is how we really complement each other in what we generate creatively together.”

The line officially goes on sale on Thursday, August 22 during Swift’s YouTube live.