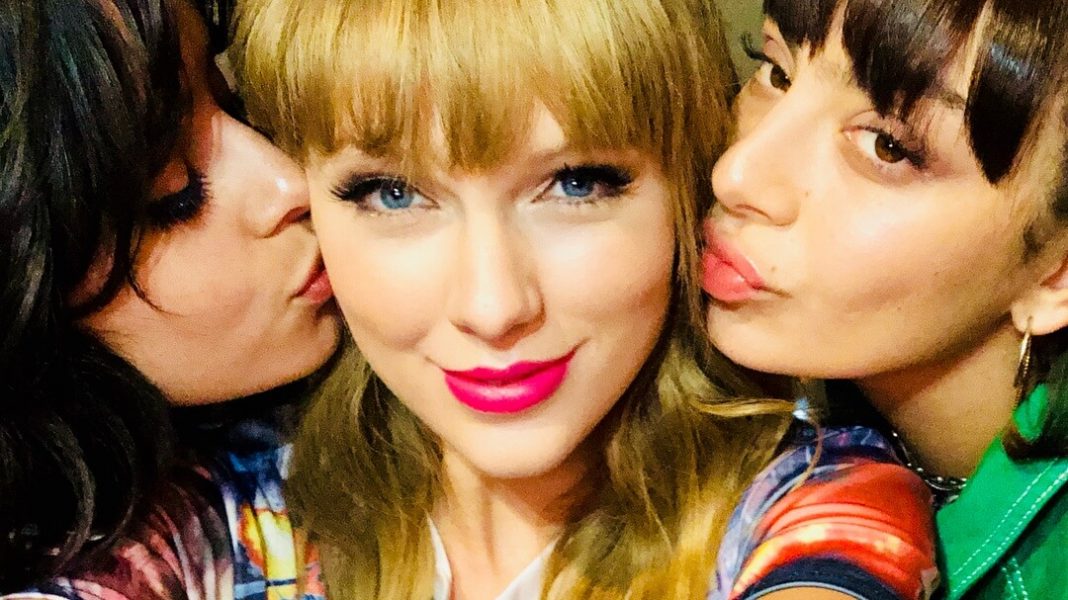 Swift finished her look with drop earrings and delicate rings. The 29-year-old pop star attended the ceremony to show support for her partner Joe Alwyn, who appeared in the night’s big winner, Yorgos Lanthimos’ period piece, “The Favourite.” The singer took to Instagram to thank McCartney for the gown.

AHHHHH @thefavouritemovie just won 7 @bafta awards !!! Bout to go give some high fives – thanks @stellamccartney for this dressss ?

Star of Marvel’s “Black Panther,” Letitia White, also wore Stella McCartney at the BAFTAs. She wore a cruelty-free white tuxedo for the event. The 25-year-old took home the BAFTA Rising Star Award – the only award to be voted on by the public – for her role as Shuri, genius and princess of Wakanda, in “Black Panther.”

The Guyanese-British actor, who has also appeared in “Infinity Wars” and “Black Mirror,” touched upon her struggles with mental health in her acceptance speech.

“I was struggling with stuff before that many people in the industry are struggling with and are hiding away from… and that was my opportunity to say, ‘I see you and I understand what you’re going through,'” she said. “A red carpet and a nice dress looks great, but people on the inside are feeling sad and feeling broken, so how can I encourage them tonight?”

She was congratulated by Prince William, BAFTA President, after winning her award.

McCartney on the Red Carpet

Numerous celebs have rocked Stella McCartney fashion both on and off the runway.

Pop star Miley Cyrus, who attended last night’s Grammy Awards in Los Angeles in a black Jean Paul Gaultier dress, wore a plunging black silk satin McCartney gown at the Met Gala last May. “… I want to bring a message, which is veganism and that there doesn’t have to be torture in fabulous fashion,” she said.