Ted Lai is a full-time employee working in educational technology. However, beyond his day job, Lai is a self-taught vegan chef and plant alchemist. During off-hours, he spends his time in his Orange County home kitchen, concocting luxurious vegan cheeses and tending to his ravenous sourdough starter. Appropriately named Plant Alchemy, Lai has managed his small business with the help of his wife and two daughters since its official launch in 2017. The LIVEKINDLY team recently fell in love with his homemade vegan staples at last week’s Vegan Street Fair, and wanted to know more about this tech wizard by day, vegan wizard by night.

Tell us about Plant Alchemy. Why and how did you start?

Plant Alchemy is a small-batch artisanal vegan cheese and proteins family business, focusing on global comfort foods. I’ve always loved to cook and to cook for others, and I saw a need for vegan artisanal cheeses and proteins. We started selling at the Long Beach Harbor Area Farmers Market in September 2017. We have done pop-ups throughout Los Angeles and Orange County since then.

What inspired you to go vegan?

When our daughter was three, we were already vegetarian.  She was highly allergic to animal dairy and eggs. If a product had a little bit of whey protein in it, it would be enough to give her a rash all over her body. So, the family went vegan within months of each other. This way, we could all support her not make her feel like she was missing out. 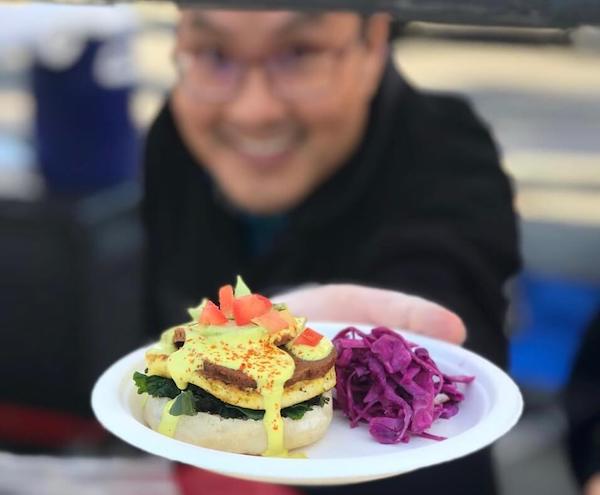 What are your thoughts about the vegan movement? What do you hope to accomplish with Plant Alchemy?

We want to show that being vegan doesn’t mean giving up taste. In fact, it tastes better because you’ll feel better.

To showcase or cheeses and proteins, we do prepared foods featuring our products. We’re known for making most of our prepared foods from scratch. We make our own English muffins, rolls, and breads.  We are best known for our cheeses especially the Spicy Yellowbird Goatless and Soft Gruyere Cheese. 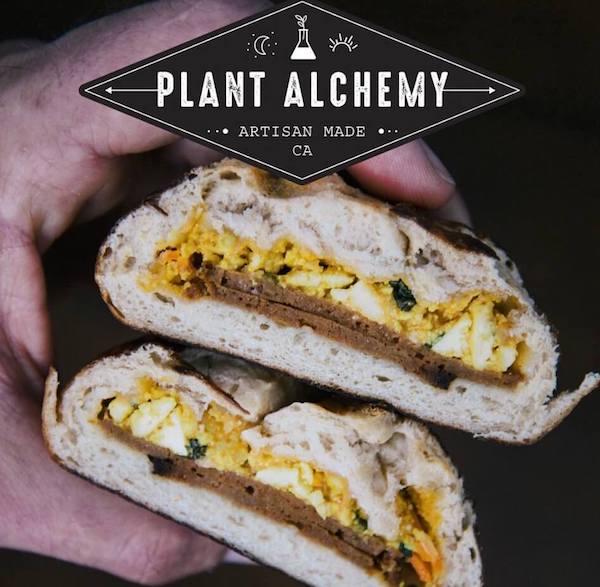 Where to Find Plant Alchemy…

Those who live in the Orange County/Los Angeles area can try Plant Alchemy products at the Long Beach Marina Farmer’s Market. Lai is a regular vendor, selling his vegan cheeses, seitans, and prepared foods. On April 8, he will also be cooking up his famous homemade biscuits with vegan sausage gravy. To learn more about his popups, follow Plant Alchemy on Instagram.