Vegan sushi and Beyond Meat are being featured at TED2019.

The conference, under the theme “Bigger Than Us,” sees inspirational speakers and influential figures take to the stage to share their views and envision a brighter future.

TED — which runs events around the world — welcomes people from every discipline and background.

In the spirit of building a better world, Beyond Meat — the brand’s tagline is “The Future of Protein” — will be serving its vegan meats at the TED conference.

The company’s “bleeding” burgers are available all over the world, in restaurants and supermarkets alike. Its overriding mission is to help the world’s food system shift away from animal agriculture, for the sake of our health, the planet’s health, and the welfare of billions of animals. 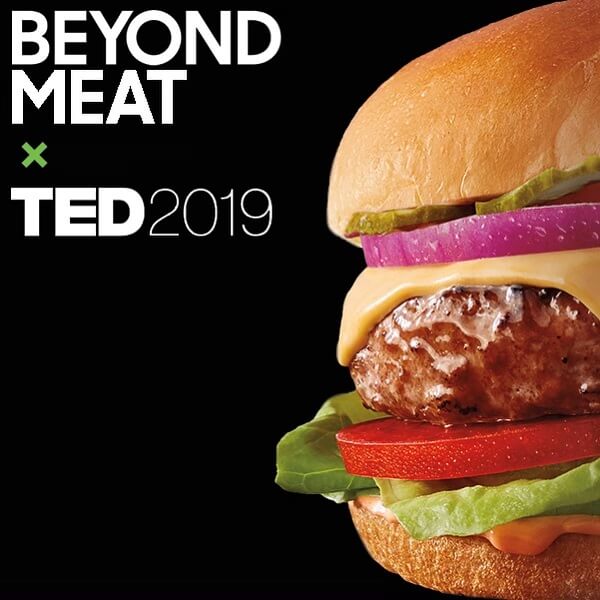 It announced its partnership with TED2019 on its Instagram account. “We could be biased, but great food helps grow the best ideas,” wrote Beyond Meat. “We’re BEYOND excited to be serving up our delicious plant-based meats to the world’s brightest visionaries at [Ted 2019] … come get a taste of the Future of Protein!”

The brand isn’t alone in serving guests plant-based cuisine; Vancouver-based Top Tier Foods, which makes non-GMO Sushi Quinoa, will also be present. The company teamed up with students at BCIT and the BC Ministry of Agriculture to make the quinoa-based product, which is grown in Canada.

The local brand has partnered with Ocean Hugger Foods — the creators of tomato-based Ahimi, a vegan version of tuna — to make a vegan ahi tuna roll, especially for the event.

“One of the great things about Sushi Quinoa is that it allows the chef to create unique vegan and vegetarian options using quinoa as the high-protein vehicle,” Blair Ballus, the president of Top Tier Foods, told the Straight.

He added, “This wildly popular product [Ahimi], along with Sushi Quinoa create an option for people seeking a meatless alternative that tastes just like an ahi tuna roll with a similar nutritional profile but without fish or rice.”