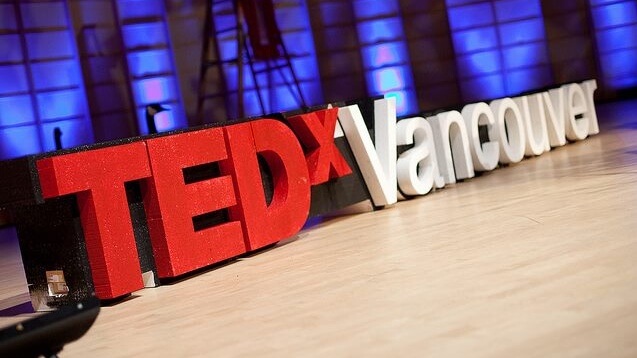 The inspirational speaking event TEDx Vancouver, a progeny of the TED talks series, is set to go fully vegan.

Erin Ireland, a recipe creator, baker, and founder of the blog “To Die For, Vancouver,“shared the news via her Instagram account this week.

“This year’s @tedxvancouver conference is 100% PLANT-BASED,” she wrote. Stressing that “even the coffee creamer will be dairy-free.” She added, “now that is amazing/progressive/compassionate!!!! Yeah, @tedxvancouver!!”

The event, called How2, will center around “advice or instruction that’s practical, useful, and informative.” The line up of speakers is diverse, including Kim Campbell, a diplomat, lawyer and teacher who served as the 19th Prime Minister of Canada; bee expert Dr. Margriet Dogterom; and Dr. Kevin Hryries, co-founder of AbCellera, a company dedicated to changing the way we treat diseases.

This year’s @tedxvancouver conference is 100% PLANT-BASED and @todieforff is thrilled to be the breakfast provider!!! (Banana bread is on the menu.) Even the coffee creamer will be dairy-free thanks to So Nice soy creamer by @earthsowncanada. Now that is amazing/progressive/compassionate!!!! Yeah @tedxvancouver!! Together we’re giving away a pair of tickets to the September 8th event…to enter just tag the person you want to go with below, follow @tedxvancouver and like their contest post. We’ll announce the winner here on Friday! See the link in their profile for the speakers list. Excited for the big day!

To fuel the day of inspirational talks, attendees can enjoy a fully vegan spread, including a banana bread breakfast.

This is not the first time TEDx has shown support for veganism. In the past, the organization has hosted plant-based speakers and animal rights advocates. In 2017, 11-year-old activist Genesis Butler took to the TEDx stage to share her personal vegan story and encourage others to join her. More recently, famed electronic musician and animal advocate, Moby, gave his first TEDx talk, called “Why I’m a Vegan.” He told the audience, “Every animal, no matter how big or how small or how wild or how domesticated, wants to be alive and simply wants to be happy.”

The city of Vancouver is becoming increasingly conscious of veganism and animal welfare. For example, one new campaign, founded by the Vancouver Humane Society and featured on Translink buses across the city, reminds locals that pigs are “friends not food” and asks them to “Go Veg.” The city is also environmentally aware, announcing a ban on plastic straws and other single-use materials in May.

How2 will take place on Monday 8th September at the Chan Centre for the Performing Arts. Tickets are available to purchase now for the price of $99.99 and include access to all talks, breakfast, lunch, drinks, and samples throughout the day.