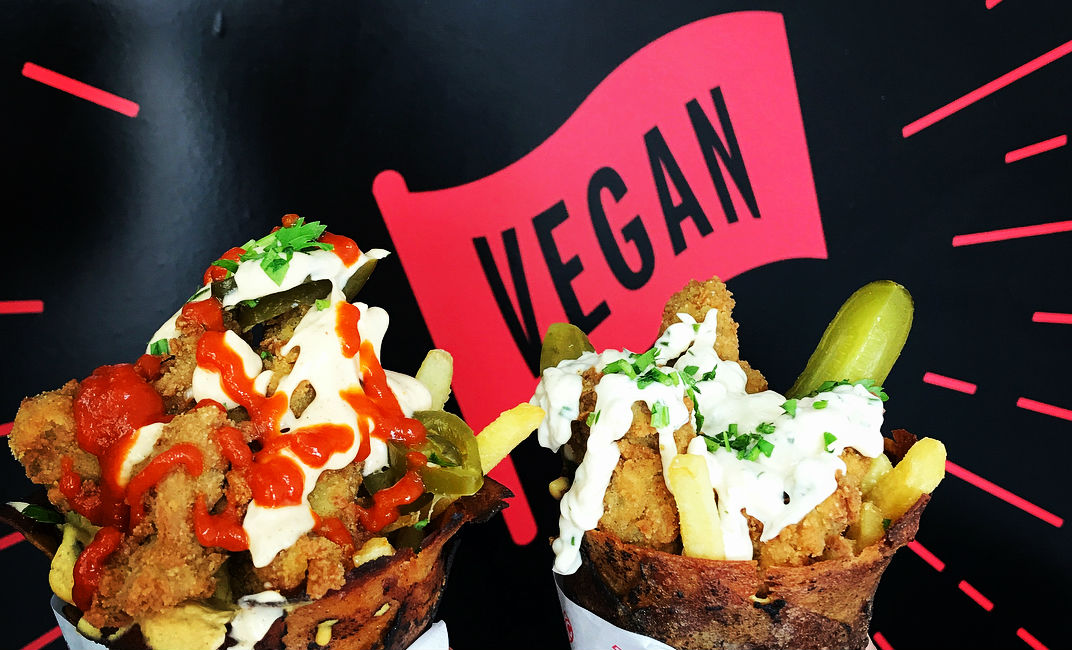 London’s popular fast food spot, The Temple of Seitan (TOS) will be opening a second location called Temple of Camden on January 31, ending the first month of 2018 in a really big way. TOS describes itself as, “a 100% Vegan fast food business, created in 2015.” Their food can be found at their first location in Hackney, as well as street food pop ups all over London.

Temple of Seitan’s first location, Temple of Hackney had a wonderful year 2017 — a year good enough to inspire and support the opening of a second permanent location. This all-vegan restaurant is set to open on Wednesday, January 31st and is sure to make a splash in the UK’s burgeoning vegan and flexitarian communities.

We are so stoked to finally announce the opening date and location of the brand new Temple of Camden. See you there? ?

“Click here to see the exact location on Google Maps. The new shop is between a 10 and 15 minute walk from Camden Town, Mornington Crescent, and Kings Cross Underground stations.”

The owner of TOS confirmed to Fat Gay Vegan that the menu for the Temple of Camden would be the same as the Hackney location, with a few new, exciting additions. With a delicious, affordable menu and a successful location in Hackney, the new Camden location is sure to be a hit. For more details, follow TOS’ Instagram, where they’re sure to post any and all updates.