Temple of Seitan first shared the news via Instagram: “[t]he secret is out! We are beyond excited to announce that in partnership with @blaxuk be serving up ribs on the (seitan) bone at @lostriversoldstreet old street from this Saturday March 17th. Bring a bib!” 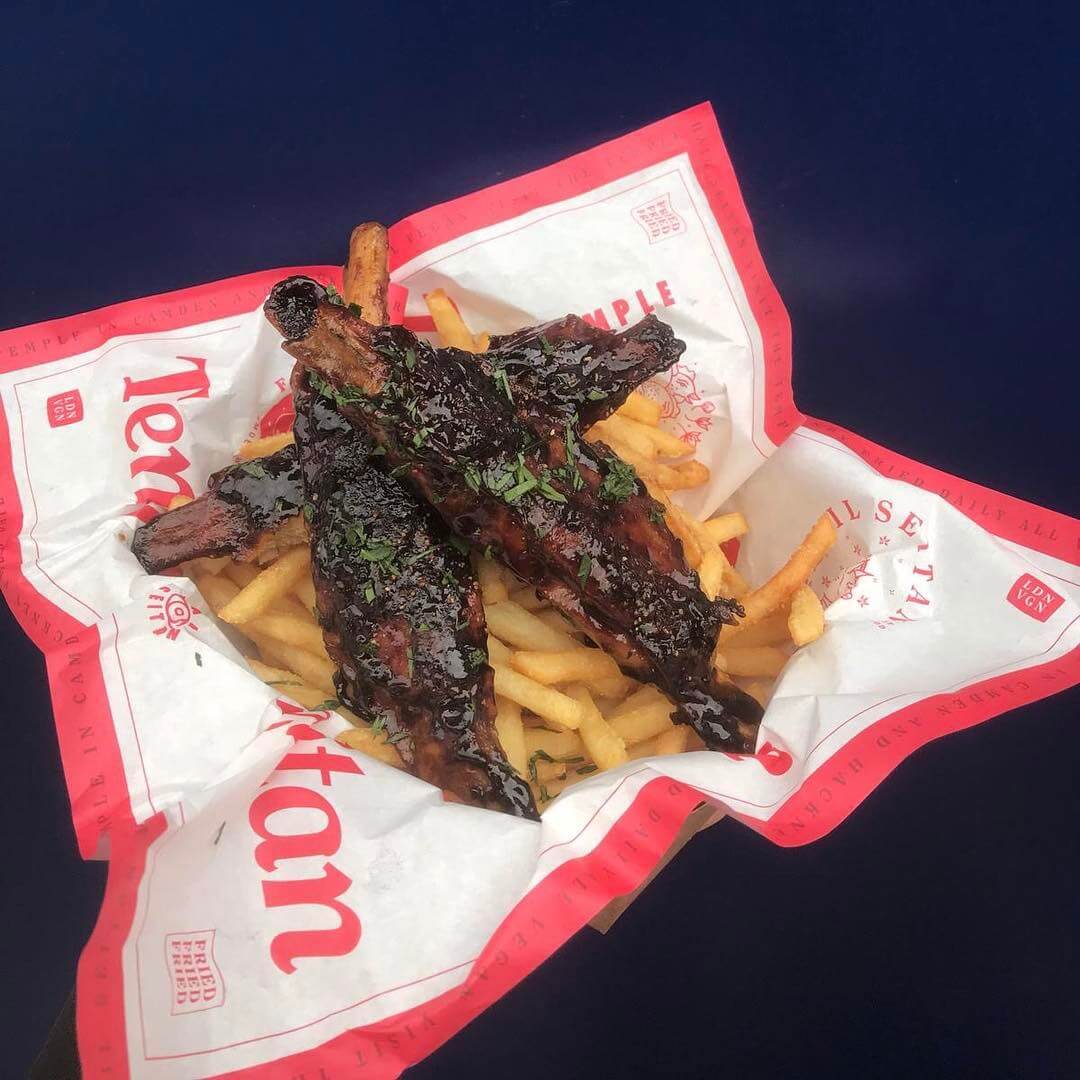 Lost Rivers is a separate restaurant, which welcomes Temple of Seitan’s “Seitanic Laboratory” test kitchen projects, thanks to a collaboration with Blax. Customers can enjoy a trial-run before these rib-free ribs are officially launched at the Temple itself. Vegan ice cream by Black Milq can also be found exclusively at Lost Rivers, making the restaurant a must-visit addition to your plant-based food bucket list.

Just last January, Temple of Seitan sparked huge excitement when it opened London’s first ever animal-free “fried chicken” shop in Hackney, aptly titled “Temple of Hackney”. Since the restaurant began, the eatery has come leaps and bounds, even expanding into other seitan-based meats that aren’t chicken-style. 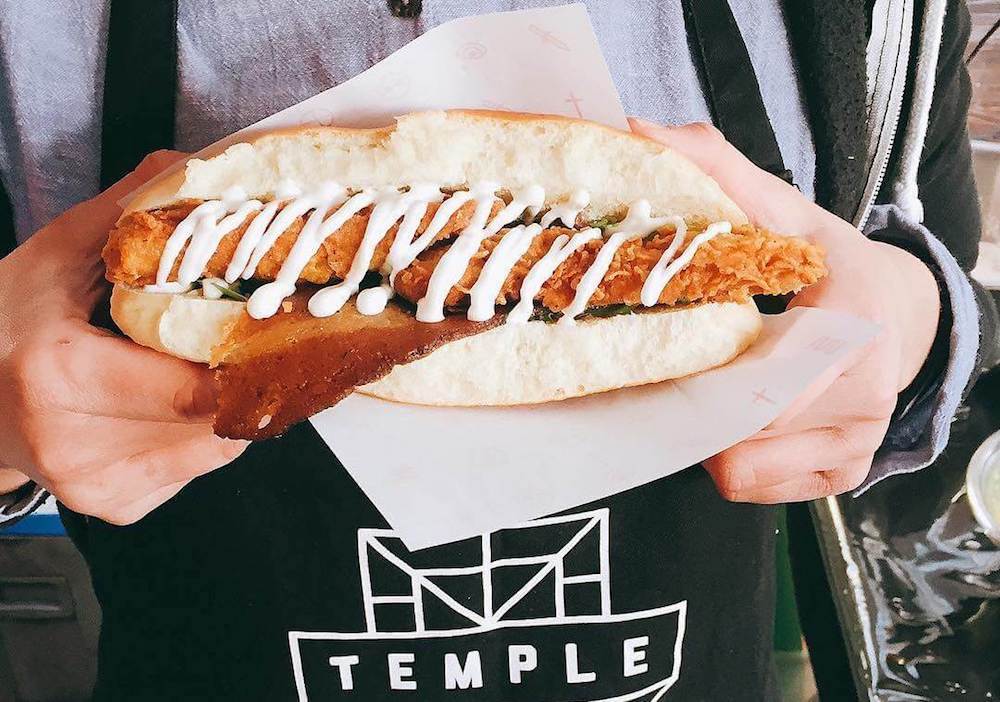 Temple of Seitan uses, like the name suggests, seitan to make its vegan meats. Seitan, is made from vital wheat gluten that’s seasoned and baked or boiled. This ingredient is known for creating a meaty-like texture that holds a striking resemblance to animal meat. When flavored and cooked in the same way, many people find this a great food for satisfying their meaty cravings.

In addition to frequent Temple of Seitan pop-ups throughout London, the franchise’s latest permanent location, the Temple of Camden, opened in late January this year.

And across the pond, Americans will soon be able to get their hands on the seitan goodness that lurks within an appetite-inspiring Instagram feed, as a Temple of Seitan stall is set to feed the masses at LA’s Eat Drink Vegan festival, coming to the Pasadena Rose Bowl this May.