Tesco, the largest supermarket chain in the UK, now also has the biggest own-brand vegan range in the country, per the Mirror. The dedicated sections coincide with the launch of the new Wicked Kitchen vegan meat range, plus the new Tesco Plant Chef range.

It also follows the announcement from earlier this month that vegan meat will now be sold in the meat aisle. 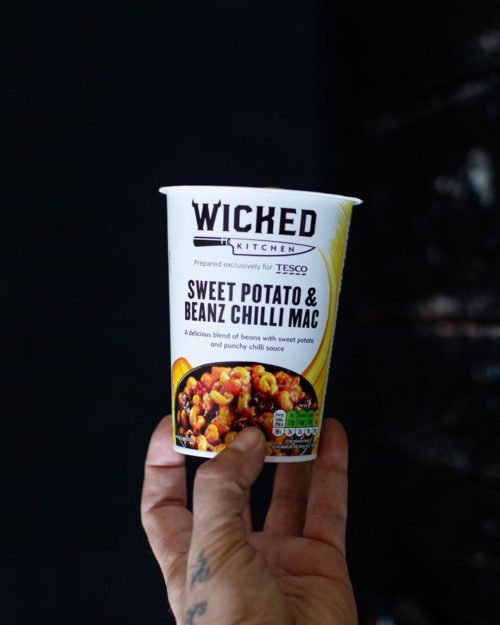 Vegan Meat in the Meat Aisle

The largest supermarket chain in the UK began selling the Beyond Burger — a plant-based beef patty made meaty with pea protein and beets — in its meat fridges last year. Now, items like the new Wicked Kitchen shredded mushrooms and breaded goujons will be sold alongside meat.

The move was made to cater to the growing number of vegans and vegetarians, but also to make meat-free eating more accessible to everyone.

“From Monday, flexitarians, who eat both meat and plant-based alternatives, will be able to find both next to each other in a new fixture in the meat aisle at larger Tesco stores,” a Tesco spokesperson said in a statement earlier this month.

A photo posted on social media showed Tesco’s new format. Various vegan meat products are shown lined up in the meat aisle, alongside large signs advertising that they are plant-based. “Try the new plant-based products. They’re packed with flavour without the meat,” one sign reads.

Tesco wants to play an “active role” in getting consumers to reduce their meat consumption, the Daily Mail explained, which is “part of a wider trend” in the UK.

“We are seeing a new kind of shopper – more conscious of their own health and the environment and perfectly happy to make dietary changes such as becoming vegan, vegetarian or flexitarian to achieve those aims,” added Tesco’s Director of Plant-Based Innovation, Derek Sarno, in a statement.

He continued, “plant-based alternatives in general have become so high in quality that most life-long meat-eaters are now including these foods as part of their diet. It makes sense to range them next to each other in the same aisle and bring a wider breadth of options available to choose from.” 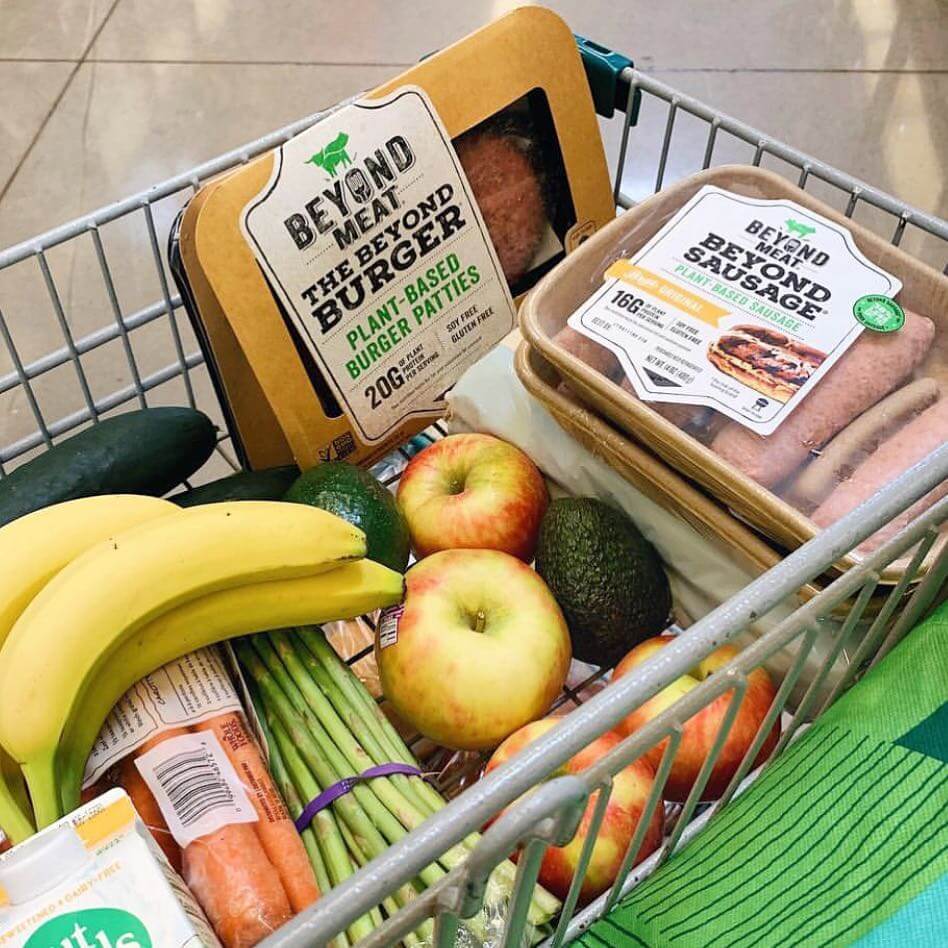 Last January, it was announced that 20 Sainsbury’s supermarkets would begin selling more than two dozen vegan meat products next to its meat counters for the first time. “We’re seeing increasing demand for plant-based products, and with the unstoppable rise of ‘flexitarianism’ in the UK, we are exploring further ways to make popular meat-free options more accessible,” a Sainsbury’s spokesperson said to iNews.

The Daily Mail said Sainsbury’s has also handed out leaflets which describe the benefits of eating vegetables and include vegetarian recipes.

More than nine in 10 plant-based meals were consumed by non-vegans last year in the UK, with 150 million more meat-free dinners being eaten than the year before.

Derek Sarno, Director of Plant-Based Innovation at Tesco, commented, “The rise of eating more plant-based food and people becoming flexitarian is having a massive effect on the way many people shop and … the retail industry is having to adapt.”

This growth isn’t slowing down, according to data. One study said that the number of vegans living in the UK will increase by 327 percent this year.