After launching a comprehensive line of vegan cheese earlier this year, the UK’s Tesco has expanded the flavor selections to its “FreeFrom” label, to include a Spreadable Goats Cheese Alternative and a Rainbow Peppercorn Cheddar Alternative. The line expansion is indicative of the chain’s success in venturing into the nondairy cheese sector, and shows promise for the world’s third largest retailer to expand its vegan offerings elsewhere in the store. 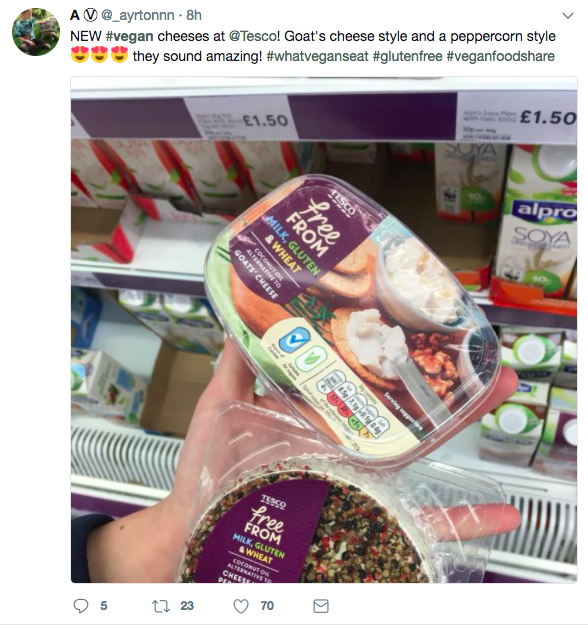 Nondairy cheese has risen in popularity in recent years thanks to the increasing consumer preference of nondairy milks and other alternatives to animal-based products. Nondairy cheese brands have also finally broken out into true cheese-making, using plant-based milks instead of waxes and oils, and refining the aging process to give cultured nondairy cheeses the same flavors and textures of animal-based cheeses.