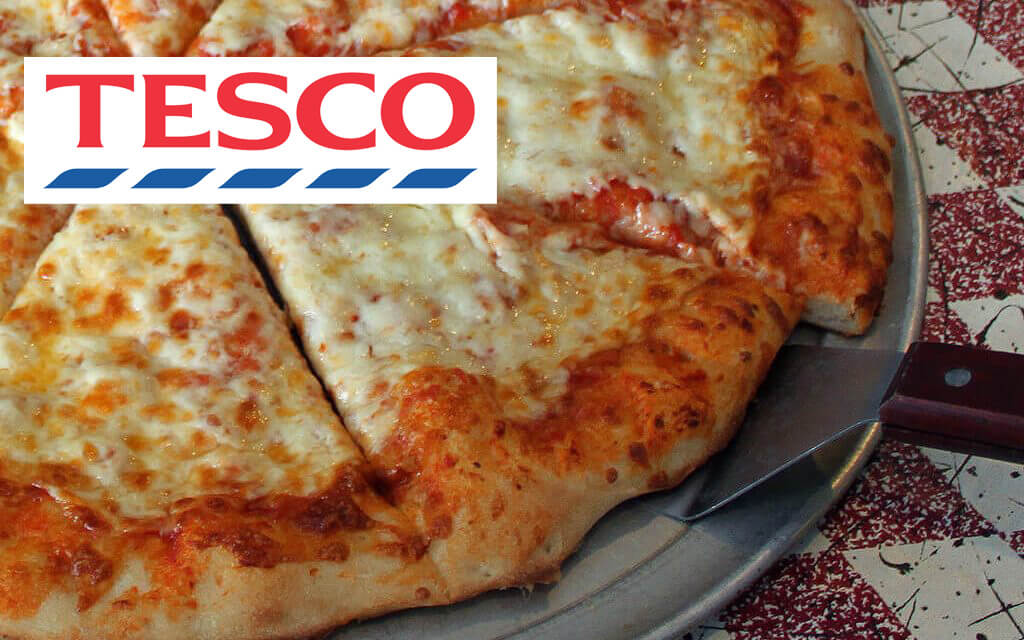 The UK’s leading supermarket, Tesco, has launched its very own vegan Margherita pizza.

The free from pizza contains no gluten, wheat, milk, egg, or other animal products and is clearly labelled as a vegan-friendly food item. Tesco describes its Margherita pizza as “sourdough pizza, tomato sauce and coconut oil alternative to [dairy] cheese.”

Self-titled vegan foodie Shauny-May, who runs the Instagram account “comeveganwithme” took to her social media to share the news. “OMG WHAT! Just saw this in the vegan UK Facebook group. Has anyone tried one yet?! Apparently £3.50 in the chilled vegetarian section!” she said of the new product. The Instagrammer also shared a snap of the cheesy plant-based pizza.

Similarly, the Instagram account “nowyouknowitsvegan” shared its snap of the pizza. “Since when!!?? £3.50 in Tesco,” it commented.

Tesco is yet to advertise the pizza on its website or divulge further information to customers, aside from what can be gathered from the packaging.

Tesco has been making strides in offering more plant-based options to customers. The supermarket recently gained a flurry of media attention when it launched the world’s first store-bought vegan steak at 400 stores across the nation. Additionally, earlier this month, a local media outlet announced the supermarket is set to launch a line of cold-pressed juices made from “ugly” vegetables that would otherwise be discarded; the move was made in an effort to combat the food waste epidemic.

Tesco appointed Derek Sarno, co-founder of Wicked Healthy and self-proclaimed “plant-pusher,” as its Executive Chef-Director of Plant-Based Innovation a few months ago. Since then, Sarno and his brother have launched a wildly successful range of Wicked Kitchen vegan products at Tesco, as well as a cookbook that promotes plant-based food in the kitchen.

The abundance of vegan options at Tesco has proved profitable. Last month, Wicked Kitchen’s range of plant-based meals was credited for the spike in Tesco’s revenue.