Tesco is launching a vegan turkey crown as part of its Christmas range this year.

“It all comes down to texture and using a combination of soy and wheat proteins, kind of like a seitan. It’s the first one of its kind and we’re really excited to be able to launch that this year,” said Wicked co-founder and Tesco’s Executive Chef and Director of Plant-Based Innovation Derek Sarno in a statement.

The flavorings are just amazing. It’s a great centerpiece,” he added. “If it were me I’d be enjoying all of these centerpieces at the same time.”

“By making all these plant-based products, it makes [hosting vegan guests] so easy,” continued Sarno. “It’s so stress-free. Not only are they delicious and look amazing, they’re so festive. There is something that every meat-eater will want to get into.” 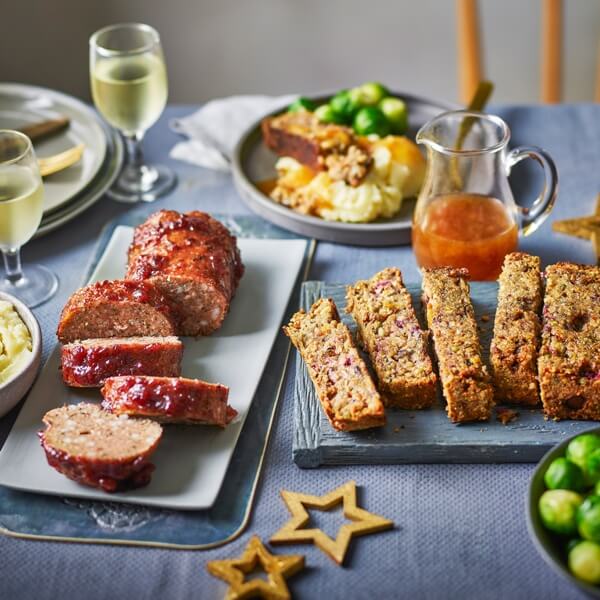 The Festiva Vegan Roast comes with caramelized onions and a red wine glaze, and the nut roast includes cranberries and onion gravy.

Tesco increased its vegan food offerings by 900 percent in 2019. The supermarket chain launched the Plant Chef line, including affordable ready meals refrigerated pizzas. The range brought up Tesco’s total vegan products from 32 to 300.

“It’s my personal mission to make Tesco the plant-based retailer all others can benchmark,” said Sarno at the time. “That’s how we’re gonna change the world.”