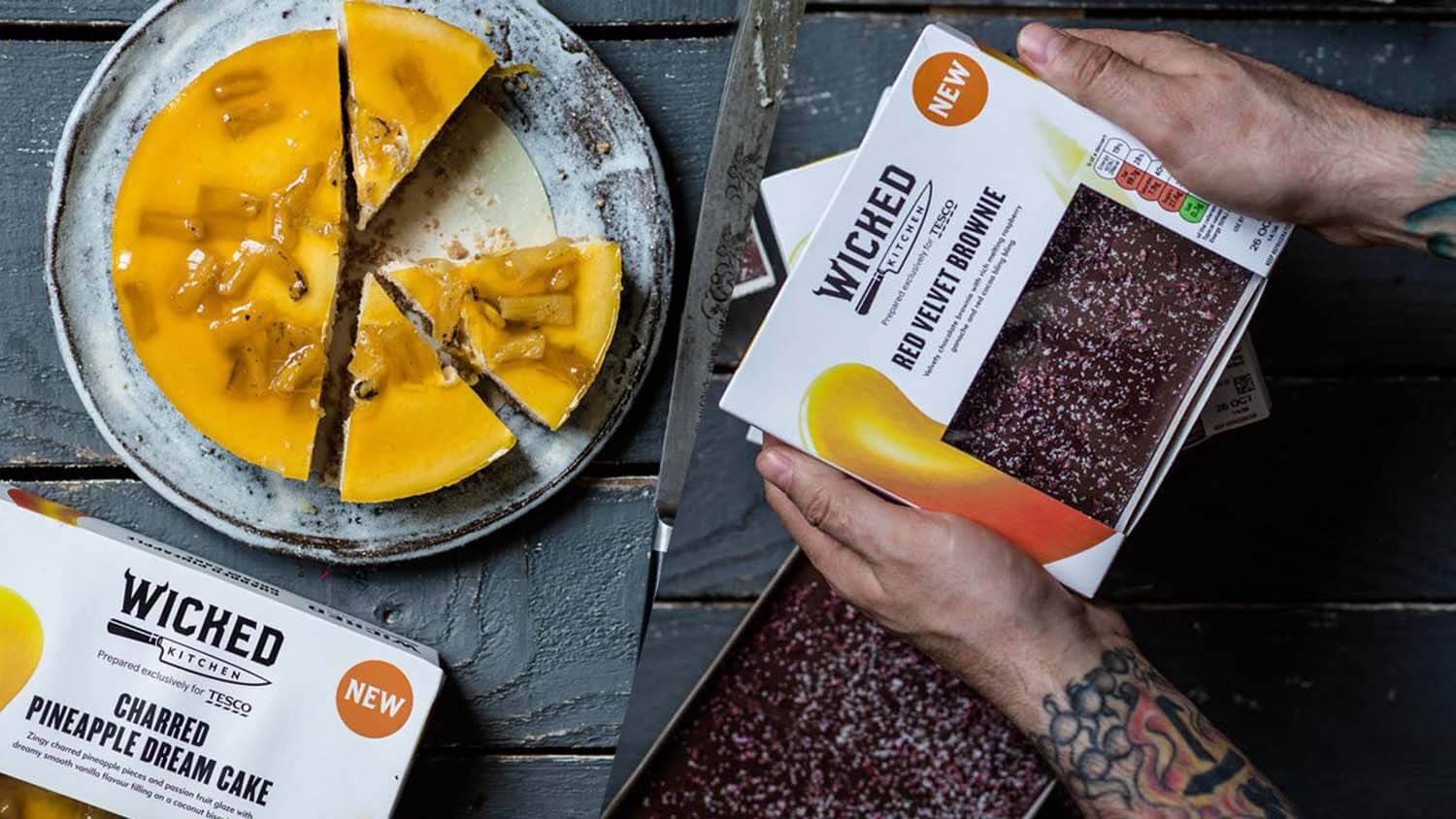 UK supermarket giant Tesco has announced it will more than double its range of Wicked Kitchen vegan ready meals in response to strong sales and high consumer demand.

The vegan range, which launched 20 meals in more than 600 Tesco stores at the beginning of the year, was developed by plant-based chef Derek Sarno. Sarno formerly worked as the senior global chef at Whole Foods Market and co-founded the blog Wicked Healthy with his brother and fellow entrepreneur, Chad.

“This is a dream come true for us. When we launched Wicked Kitchen back in January, the response was just phenomenal. We’re excited to be able to announce the expansion of the range today,” Derek said in a statement. “At the start of the year, I said that veganism was going mainstream, and – as plant-based options are taking over the supermarket shelves – that belief is fast becoming a reality.”

Based on the success of the range, Tesco will launch an additional 26 Wicked Kitchen products in 450 stores, including the “UK’s first” vegan sausage roll, pies, pizza, deli foods, and desserts. According to the supermarket giant, sales of vegan chilled products have increased 25 percent this year. Wicked Kitchen has seen strong sales since its launch.

“We know from our own data that flexitarianism is on the rise and many more customers are dabbling in cutting out meat for a day or so during their weekly diet,” said Tesco product development director, Kate Ewart. “With the new range we’re now hoping to attract an even wider audience including customers looking for on-the-go delicious snacks such as a plant-based sausage roll, pie or pasty as well as dessert lovers.”

Tesco is not the only supermarket chain where plant-based food sales are on the rise. Last June, major supermarket chain Waitrose reported that sales of vegan and vegetarian food were up 34 percent from last year. Further, in August, Iceland announced the arrival of 13 new own-brand products based on the success of its meatless “No Bull” burger. According to data from The Vegan Society, more than half of British customers purchase plant-based products from supermarkets, regardless of diet.

The new Wicked Kitchen kitchen desserts are now available in more than 450 Tesco stores and the remaining products will be added to shelves throughout October and November.