Leading UK supermarket, Tesco announced it will be closing its meat and seafood counter at six of its UK locations due to lack of customer interest, the chain said.

Signs posted in the select stores read “Due to low customer demand, the Meat & Fish counters will be closing soon.” 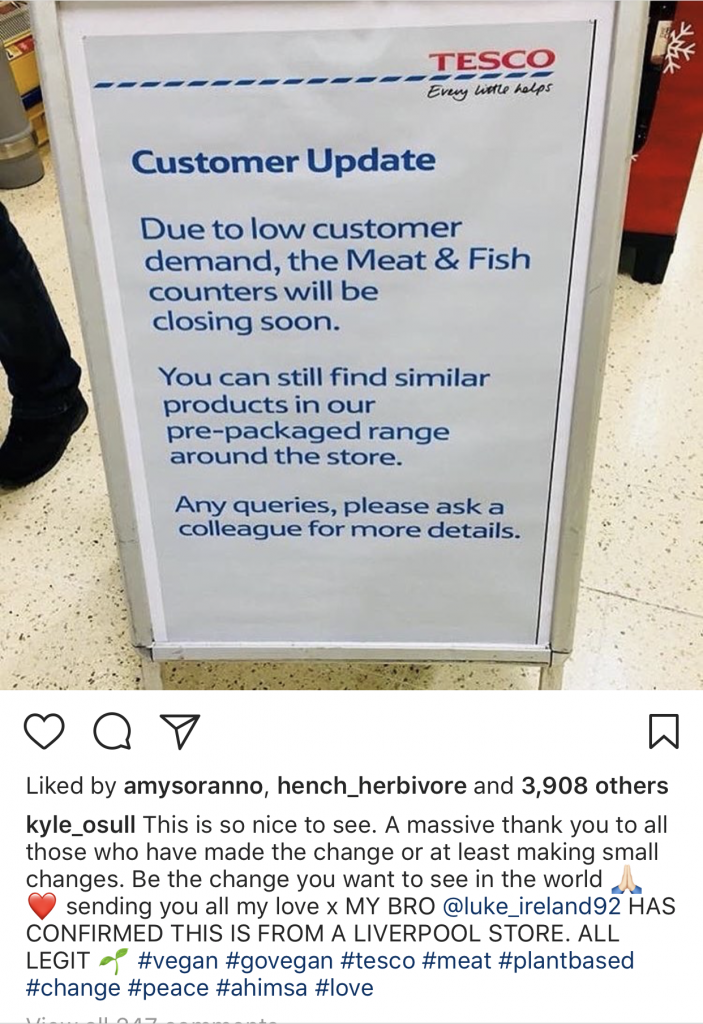 The world’s third largest supermarket chain operates more than 3,700 stores in the UK and says the decision is part of an “ongoing trial.” It is still offering meat and seafood as prepackaged options in its refrigerated and frozen sections of those six stores.

Tesco representatives haven’t said if the move to shutter the meat and seafood counters was directly related to consumer interest in plant-based foods, but it’s a diet trend that continues to gain momentum. Sales of plant-based proteins are excepted to hit $5 billion as consumers, particularly Millennials and Generation Z make up more of the market.

U.S.-based Whole Foods Market’s trend forecasts for 2018 point to a rise in plant-based foods in all categories — from ethnic diets like Mediterranean or Mexican to the root-to-stem whole vegetable trend edging out the demand for nose-to-tail.