Tesco is set to increase its vegan food products by 900 percent with the introduction of a new ready meal range.

The upcoming own-brand vegan meal line is called Plant Chef and will bring Tesco’s total count of plant-based products up to 300 from 32. Tesco says focusing on its vegan range will fuel the company’s growth.

“Tesco is smart!” Chef Derek Sarno, head of Tesco’s Plant-Based Innovation told LIVEKINDLY via email. “They’re the most forward thinking retailer on plant-based and committed to making a difference.”

According to Sarno, the Plant Chef range will be more “family-oriented” and more in line with Tesco’s core items. The first vegan range launched by Sarno and Tesco, Wicked Kitchen, is about innovation and being first to market, Sarno says.

“It’s my personal mission to make Tesco the plant-based retailer all others can benchmark,” Sarno says. “That’s how we’re gonna change the world.” 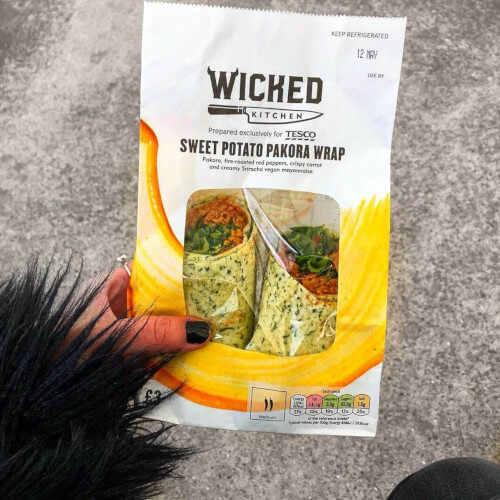 “This is a dream come true for us. When we launched Wicked Kitchen back in January, the response was just phenomenal. We’re excited to be able to announce the expansion of the range today,” Sarno said at the time. “At the start of the year, I said that veganism was going mainstream, and – as plant-based options are taking over the supermarket shelves – that belief is fast becoming a reality.”

The Appeal of Own-Brand Vegan Products

Own-brand labels have proven to be popular with customers in recent years. Nielsen data shows that sales of own-brand products grew three times faster than national brands between 2016 and 2017. Customers tend to gravitate toward store brands for affordability and trust in supermarkets.

Vegan own-brand products are also leading the way thanks to shifting consumer preferences. The UK launched more vegan products than any other nation last year, representing 16 percent of new launches, according to global data firm Mintel.

Edward Bergen, global food and drinks analyst at Mintel, noted that “[t]he most poignant of these is the expansion of supermarket own-label options with dedicated vegan ranges in mainstream stores. Additional space is also being freed up by UK supermarkets in the on-the-go aisles and small format stores to help promote vegan food and drink, making it easier for meat-eating consumers to try these new concepts out.”

Tesco has not announced when its new vegan range will launch.