Supermarkets are notoriously slow to change. They tend to assume, somewhat accurately, that their customers like things the way they are. We are, after all, creatures of habit. But we are open to change, too, open to something bigger and deeper than knowing for a fact that Oreos are always in Aisle 3. This openness to change was made evident in Whole Foods Market’s rise to success — scores of new brands, products, and entire categories attracted the curious as much as the confirmed. People were hungry for change. (Or they were just hungry, most likely.) They were willing to embrace the new — the organic or Fair Trade, the unprocessed, the additive-free foods long associated with grungy health-food stores and dusty co-ops. Whole Foods redefined food; supermarkets, consumers, and the global food system haven’t quite been the same since.

And there’s another shift in our food system currently underway, one embracing a diet that’s not only healthier for the people eating it, but better for the planet and the billions of animals spared, too, as more consumers opt for vegan and plant-based products. This shift, once dismissed as a diet fad reserved for the rebellious, misanthropic teen, is now being led by the UK’s largest supermarket chain, Tesco, and specifically its Director of Plant-Based Innovation, former Senior Global Executive Chef of Recipe and Product Development at Whole Foods Market, Chef Derek Sarno.

Tesco brought Sarno on in mid-2017. By January, Tesco became the first major conventional supermarket chain in the UK to launch a comprehensive private-label range of vegan meals. The meals, which range from wraps to pizzas, Indian dishes, and pasta dishes, were created by Sarno, who also helms the blog Wicked Healthy with his brother, Chef Chad Sarno. The line of 20 Wicked Kitchen meals rolled out into 600 Tesco stores at the start of the year and they “launched with a bang,” Sarno says. The most recent sales number show Tesco sold more than 2.5 million units of its Wicked Kitchen meals in the first 20-week period ending in May — more than double the company’s sales projections. The top-five best-sellers include the Sweet Potato Pakora Wrap, Nana’s Bolognese, BBQ ‘Shroom Sourdough Pizza, Sourdough Caponata Pizza, and the Hoisin Mushroom Wrap.

In a lot of ways, it was a gamble for Tesco. Its core shopper isn’t vegan. They’re likely not even vegetarian. But the flexitarian market is precisely what Tesco is after — the Millennial, Gen X, and Gen Z consumers now alternating their protein choices just like they vary their milk choices, as the booming nondairy milk industry proves. 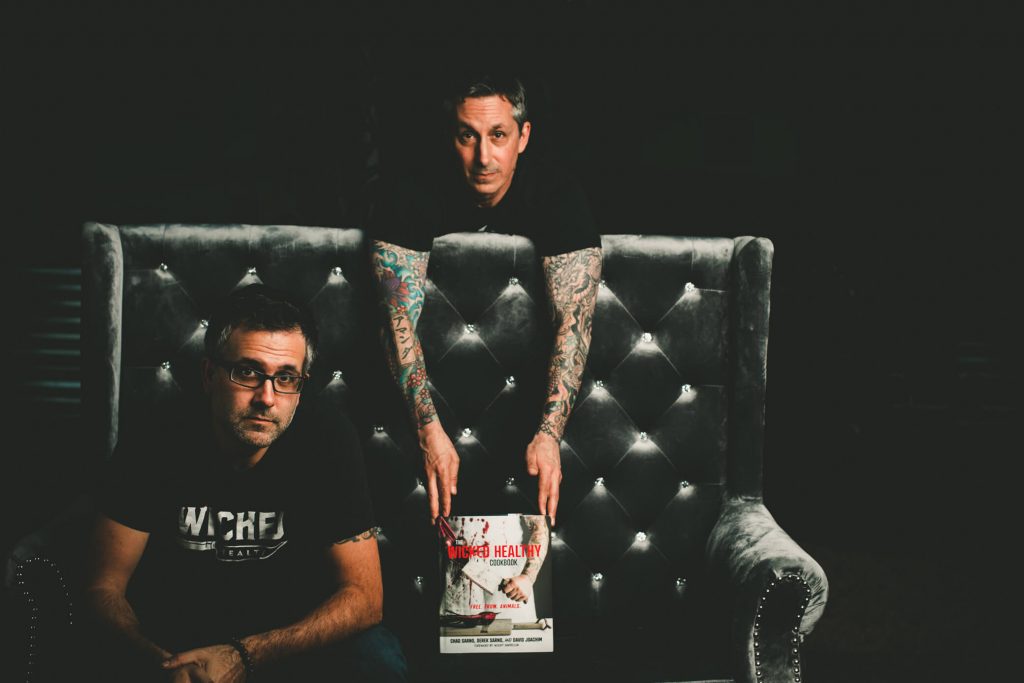 The gamble appears to have paid off. “Selling more than double predictions is huge for a new brand, vegan or not,” Sarno told LIVEKINDLY. Proving, what he says, is the undeniable need and demand for vegan food.

“I’m proud of all the work that Tesco has been able to accomplish with my support,” Sarno says. “Our mission at Wicked Healthy and my personal mission is to use our skills to be of most benefit to others. I like to call it ‘compassion in action’, using the skills I’ve trained to do all my life to bring veg center plate and make them the stars of the meal.”

“I mean, come on,” Sarno says. “To me, it’s clear as day; as someone who doesn’t eat any animal products myself, there was barely anything for me to eat in any of the retailers, making this a very easy win. All we had to do was what hadn’t been done before: put amazing foods completely free from animals on the shelf and they had to be delicious, easily accessible, affordable, and live up to the standards we hold on quality.”

The Wicked Healthy brand — Derek and Chad just released their first highly anticipated Wicked Healthy cookbook — has helped play a role in jettisoning veganism to its Instagram rock star status (a “club” which includes plenty of actual rock stars, by the way: members of the Wu-Tang Clan, Bryan Adams, Moby, No Doubt’s Tony Kanal, Def Leppard’s Rick Allen, and even the inimitable tough guy rocker himself, Bruce Springsteen is reportedly plant-based). Sarno’s full-sleeve tattoos, the brothers’ approach to traditional “man food” like meaty, saucy barbecue and stacked burgers, or the primary color themes on their Instagram feed — you won’t find hazy pastels or unicorn smoothie bowls here — all play a part in appealing to people across the board; it makes the Sarnos, and definitely their food, approachable and relatable, especially to a notoriously reluctant to change male audience.

“People get behind Wicked Kitchen because they feel the authenticity, the reason for it and the wicked compassion we’re serving,” Sarno says. “The undying passion and motivation behind it and what it stands for, these reasons ‘why’ should never be underestimated.”

Part of Sarno’s and Tesco’s success with Wicked Kitchen may also be due to the absence of the word “vegan” from the packaging. While both Sarno brothers are committed ethical vegans, they avoid the language, which for a lot of consumers is still connected to boycotts and angry PETA protestors. Much in the same way Whole Foods helped to elevate the “healthy” food image, the Sarnos, and by association now, Tesco, are evolving the vegan image. Wicked Kitchen’s packaging simply touts ingredients that can and do speak for themselves: mushrooms, butternut squash, chickpeas, etc.; no other label seems necessary.

“This is why the Wicked Kitchen range is so successful,” Sarno says, “because we’re challenging the food system, the way we’ve always done things, saying and showing ‘there is a different way.’” 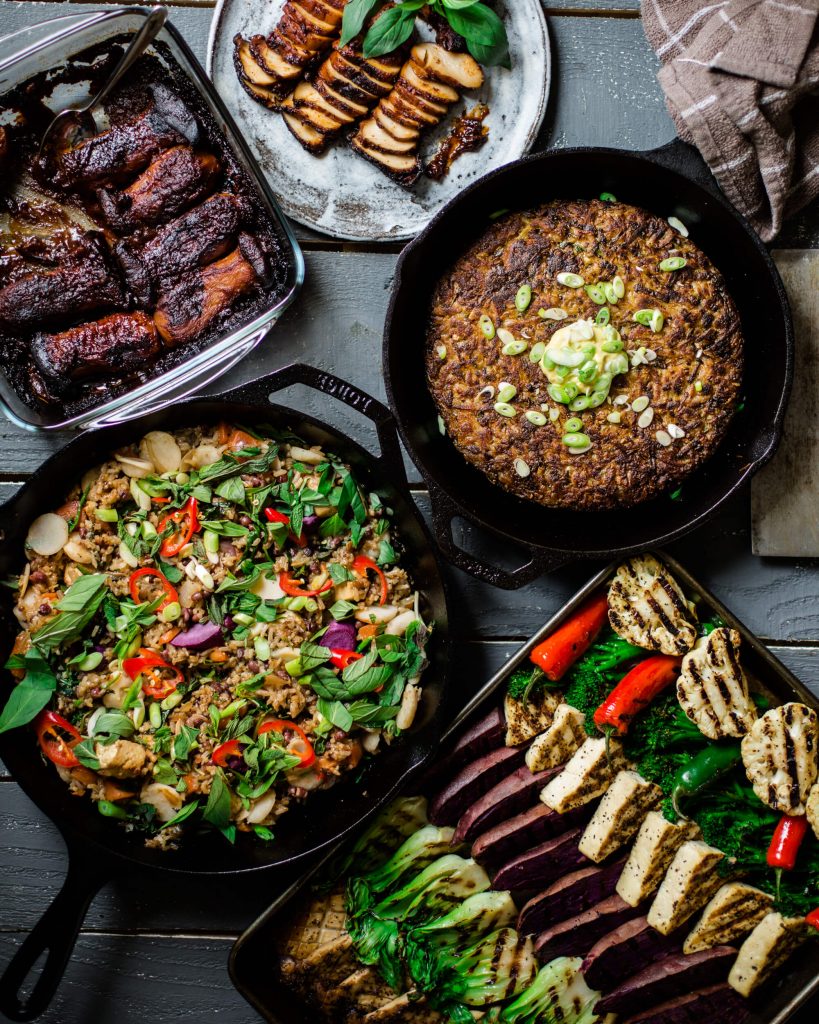 Tesco is seeing its main competitors in the UK market — Sainsbury’s, Waitrose, and Asda — regularly adding to their vegan ranges, too. The UK has become a hotbed for vegan food, with conventional restaurants adding vegan items to their menus. Some are even creating dedicated vegan menus due to the overwhelming demand. Vegan markets are popping up, and vegan restaurants in the UK are so hot right now that the popular Los Angeles Eat Drink Vegan festival flew over more than a handful of UK vendors to showcase at the festival last month.

And it’s not just Wicked Kitchen’s range cementing Tesco as the leader in the plant-based vegan movement. The supermarket has brought in innovative products like Vivera’s vegan steak, which sold nearly 40,000 units in its first week on the shelves. In August, the popular U.S.-based Beyond Meat Beyond Burger will make its UK debut at Tesco. Like the Wicked Kitchen range, its success has been unprecedented for a vegan product. Since the burger first hit shelves and restaurants in the U.S. in 2016, Beyond Meat says it has sold more than 11 million of the pea protein patties that look, cook, and taste just like conventional ground beef burgers. The Beyond Burger’s success further proves what Tesco and Sarno are also banking on — that conventional shoppers want alternative proteins. Over a five-week period at a major Southern California supermarket earlier this spring, the Beyond Burger reportedly outsold all other types of ground beef. The “meat-eater” versus “vegan” line is finally blurring as more mainstream consumers embrace plant-based food as just another option — perhaps even as a better one.

“We lead with compassion, in our food and in our business,” says Sarno. “We’re moving forward with genuine intention to be of benefit to animals and people through our actions by serving great tasting food. It’s way cooler to be conscious and making a difference through our food choices than blindly accepting what’s always been. People are hungry for change as much as they are hungry for kick-ass plant-based food.”

Plant-based and vegan brands are not without critics, though, namely the meat and dairy industries quickly losing market share to the products positioned as better for people, the planet, and the animals. Milk sales in the U.S. are on an 11 percent decline, as sales of nondairy beverages skyrocket. The protein market is expected to follow suit as the number of vegan protein offerings increase. Missouri and France both just passed legislation that will prevent companies from labeling vegan foods with terms historically used by the meat industry, like “burger”, “steak”, or “bacon” in what can only be seen as blatant efforts aimed at preventing the meteoric demand for vegan food.

It’s not the first time the industries have taken action against competitors. Just Inc. (formerly Hampton Creek), was attacked several times over for its eggless mayonnaise. Its biggest competitor, Unilever (Hellmann’s), sued the brand in 2014. It eventually dropped the suit and released its own vegan mayo. Hampton Creek also received warning letters from the FDA for using the term “mayo” on a product that deviated from the agency’s standards of identity because it contained no egg (like Beyond Meat, Hampton Creek uses pea protein instead). The agency reversed course on its warnings shortly after sending them. Then, the American Egg Board President stepped down in 2015 after emails detailing plans to attack and smear Hampton Creek’s eggless products were obtained by a Freedom of Information Act expert. 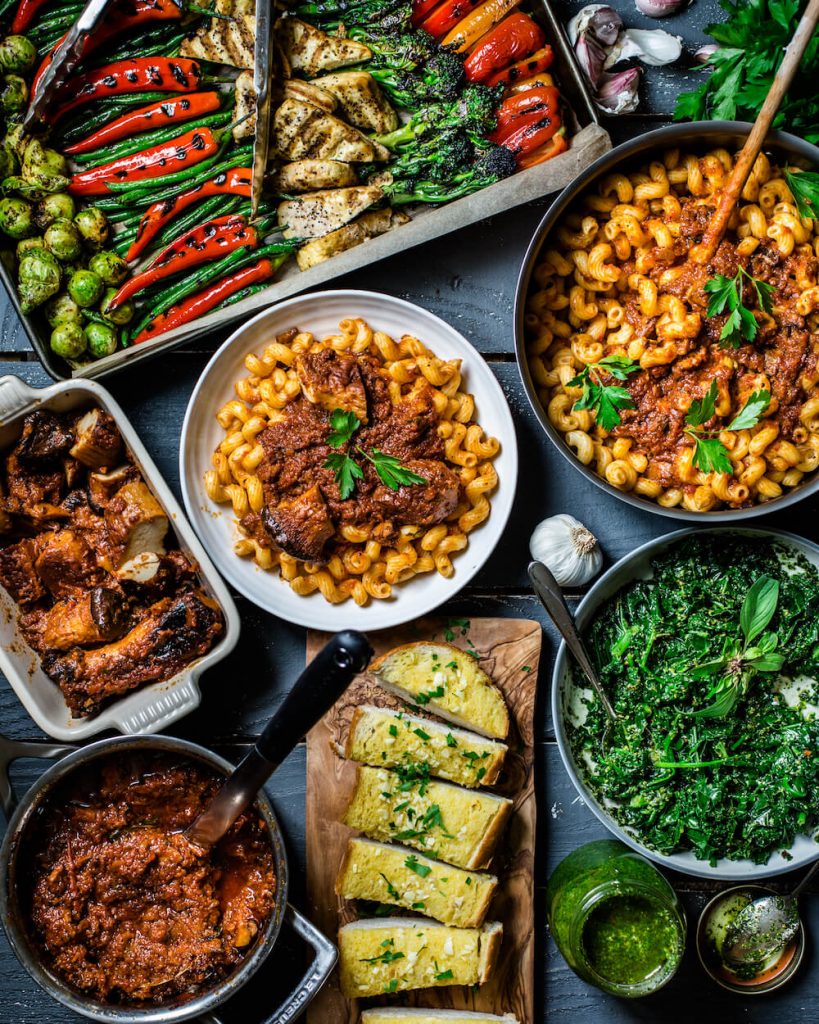 The Dairy Pride Act, introduced as part of the $1.3 trillion Omnibus Bill in March, could prevent nondairy milk, yogurt, cheese, and ice cream producers from using those terms closely tied to traditional dairy products. A move aimed at trying to slow the nondairy categories, it’s likely to prove unsuccessful, according to the Plant Based Foods Association executive director Michele Simon who says labels will have virtually no impact on consumer shopping habits, “Why would a consumer say ‘it’s no longer being called almond milk so I’m going to go back to drinking dairy’?”

Tesco and Wicked Kitchen are also easy targets, too; a recent article in the Telegraph alleged traces of meat were found in the company’s vegan meals, despite them being produced in vegan facilities. (LIVEKINDLY reached out to the Telegraph reporters for this story but had not received a response at publish time.) The Sarnos responded to the claims in a Wicked Healthy blog post: “Tesco’s own DNA tests, which have been conducted on all the Wicked Kitchen lines, have found no traces of animal DNA in any products available in stores today.”

For Sarno, though, the focus is not on those who say it can’t or shouldn’t be done. There isn’t time for that. His sights are set on R&D and bringing more products to market as quickly as possible. “We’re moving the dial forward,” he says. “People have spoken, this is what they want more of, and I plan to keep giving it to them with more amazing meals coming that will make plant-based/vegan an easy choice.”

Sales numbers don’t lie: it is what customers want. And if they keep demanding vegan food from their stores, Tesco, and likely the rest of the evolving food industry, are going to respond. For Sarno, 2.5 million vegan meals in five months is proof enough that this is only the beginning of what’s possible.

“We’re just scratching the surface,” he says. “We want to change and shift an entire food system. And all I want to do is work harder to do more.”