LIVEKINDLY
Home Business Tesla Created ‘Dog Mode’ So You Can Leave Pets in the Car... 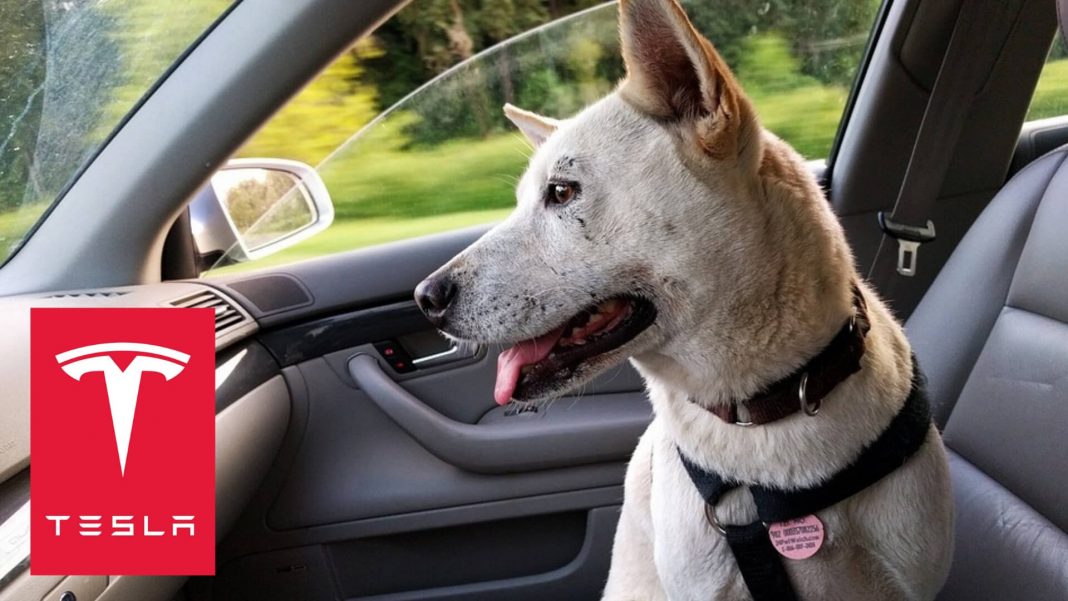 Called “Dog Mode,” the software update keeps the air conditioning on and lets passersby know that your hound is okay via a message on the center screen, Mashable reports.

“My owner will be back soon. Don’t worry!” the message reads. The center screen will also show the cabin temperature.

To enable the feature, car owners tap a fan icon on their touchscreens. Setting “Keep Climate On” to “DOG,” with the option to adjust temperature limits, allows users to “then leave knowing your pet will stay comfortable,” Tesla said. The feature stays on even when the vehicle is turned off. If the car’s battery drops to 20 percent charge, an alert is sent to the car owner’s mobile phone.

It appears the idea for the feature was born on Twitter. In October 2018, a social media user Tweeted Elon Musk, the co-founder, CEO, and product architect of Tesla, asking whether future car models could have a mode for dogs so that they could stay in cars whilst their owners run quick errands. Musk simply responded, “Yes.”

The animal welfare-forward update aligns with Tesla’s other views. Its luxury vehicles don’t rely on animal skins, instead, using vegan leather in its car interiors. The option is also more environmentally friendly, tapping into Tesla’s mission to “accelerate the world’s transition to sustainable energy.”

The CEO also backs the sustainability of vegan food. Musk – who is the lead designer of SpaceX and the developer of the most powerful rocket on Earth – has theorized about human life on Mars and the diet required to make it happen.

He believes the first group of humans will colonize Mars in seven to 10 years and that they will sustain themselves with plant-based foods. “I’m a big fan of free choice for any future Martian colony,” he said to Space.com. “That said, it is likely that early Mars colonists would have a mostly vegetable diet, because of the energy and space needed to raise farm animals.”