Tesla’s Model Y and Model 3 electric cars are set to be fully vegan by 2020.

The electric car manufacturer first proposed offering vegan leather seating at a shareholder meeting in 2015. While the board recommended voting against the idea, Tesla introduced the option for its animal-free “Tesla Synthetic Material” later that year and in 2016, completely eliminated leather seating. But one non-vegan component remained unless a custom order was placed: the steering wheel.

Electric vehicle news site Electrek reports that the steering wheel for the Model 3 and  the upcoming Model Y will be entirely vegan next year. The option came to light during an exchange between a representative for international animal rights group PETA (People for the Ethical Treatment of Animals) and CEO Elon Musk. 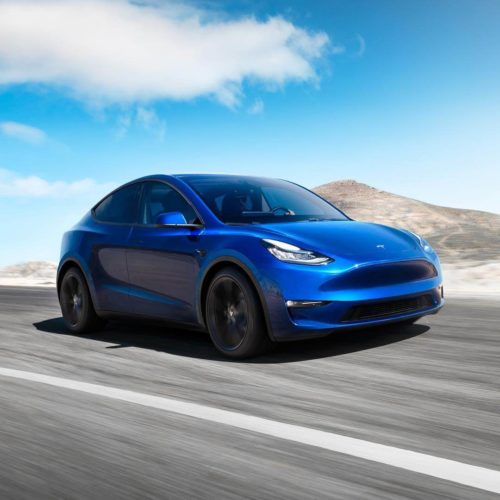 The PETA representative asked Musk if the Model Y will be vegan as promised, which he confirmed it will be, then asked if all of Tesla’s cars will be animal-free by the next shareholder’s meeting. Musk replied that he’s “confident” that both the Model 3 and Model Y will be vegan next year and added that special orders can be placed for the S and X.

Musk added that the company still has issues to solve regarding vegan-friendly steering wheels. While the standard wheel is easily made vegan, the heated wheels pose a problem. He also expressed concern over durability and how the dirt and oil on hands may affect the vegan option more than traditional leather.

Does this mean that the San Carlos, California electric car company is going vegan? Not quite. Electrek reported earlier this week that Tesla recently filed a patent for a new, durable seating material called “Load-bearing Fabric Architecture,” which uses wool.

While it may not seem inherently cruel to shear a sheep, veganism as a moral baseline advocates for not using animals as commodities. According to PETA, many wool industry workers are paid by how many animals they shear. Combined with a low pay, this often leads to quick shearing jobs that leave the animals with cuts and sores that go untreated. Toward the end of their “lifespan” as a wool producer, the majority of sheep are sent to a slaughterhouse.