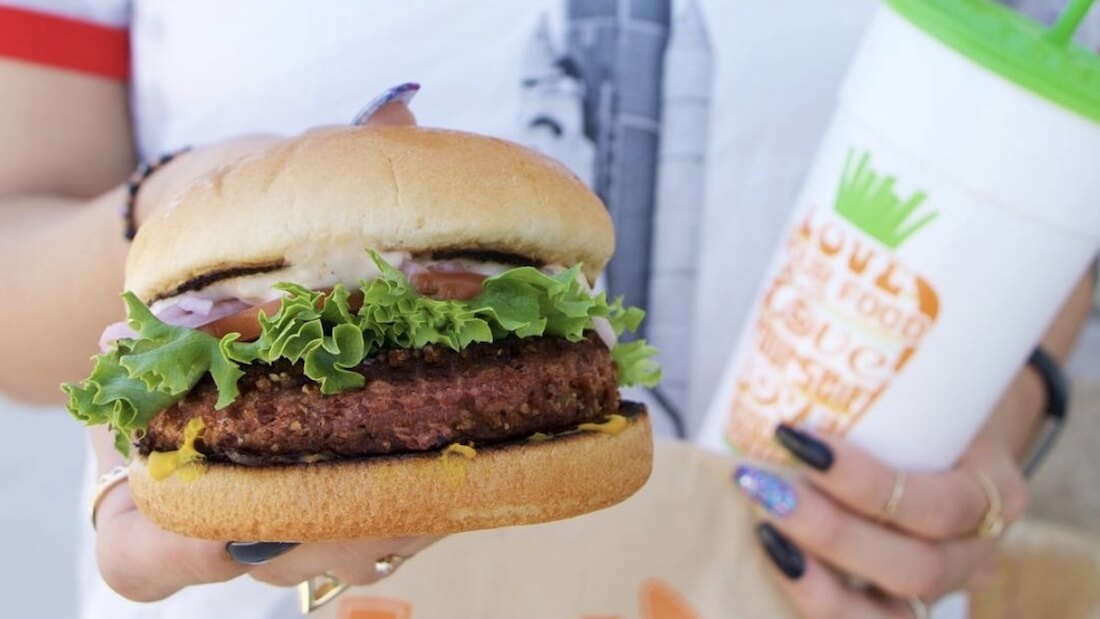 Vegan fast-food joint Earth Burger has expanded to the Mall of America in Bloomington, Minnesota, opening its first location outside of Texas.

The Mall of America is a nationally known tourist destination with 5 million square feet of shopping and dining space. It’s a major step for a small San Antonia micro-chain, and a vegan one at that.

The burger chain, which aims to “provide people with great healthy choices at a great value, while… doing something better for the planet” announced the opening date on Facebook last week. The new location officially opened on August 13.

?? @Mallofamerica We’re almost ready! Tomorrow we are open for business at 11AM!

Last year, Earth Burger told My San Antonio that the decision to head north was unplanned, but was encouraged by members of the Ghermezian family, who operate the Mall of America. The mall owners were keen to add the restaurant to the list of stores located in their behemoth of a shopping complex.

The chain, which switched from vegetarian to fully vegan last year, already has two locations in Texas – both in San Antonio – and had planned to open a third Texas location in San Marcos on August 16. However, due to a “construction hiccup,” this opening has been slightly delayed.

Despite the grandiosity of opening in the Mall of America, the San Marcos location is dear to Earth Burger’s owner, Mike Behrend, as it will be located just down the street from his alma mater, Texas State University.

The San Marcos venue is also significant in that it has replaced a longstanding Church’s Chicken franchise. The irony is not lost on Earth Burger and may speak to the evolving consumer trends toward more plant-based foods.

Behrend said, “We are very much looking forward to being a national chain” and promises more announcements of future openings throughout the country.