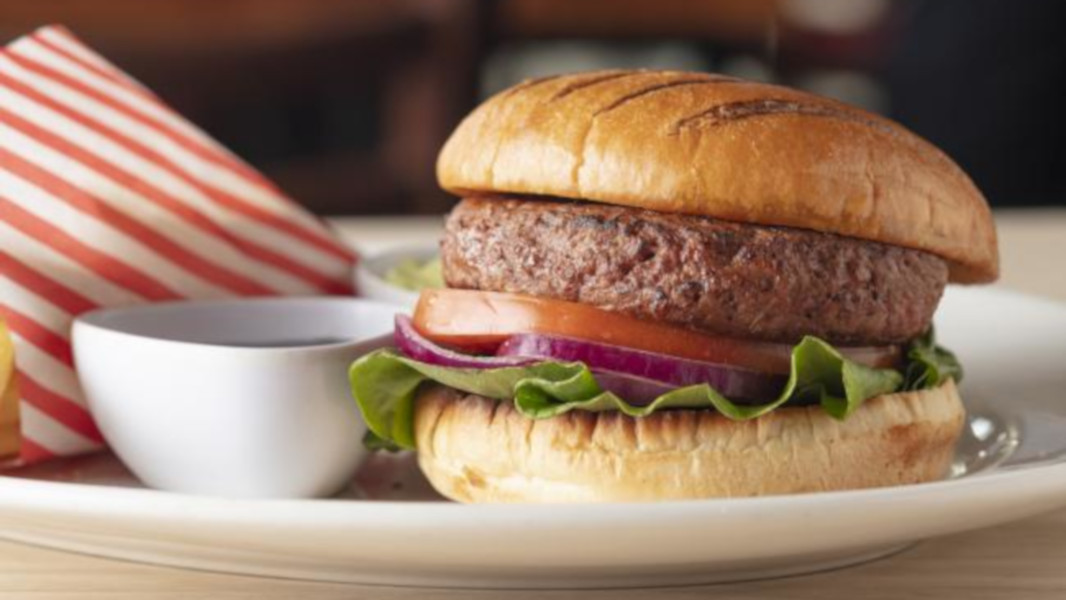 TGI Fridays UK is set to launch a vegan “bleeding” burger to the menu. Local news source SurreyLive reports that TGI Fridays diners will soon be able to order a meatless burger made from mushrooms, coconut oil, and plant-based protein – with beetroot juice added to make it “bleed” – at restaurants.

“The burger answers the prayers of those on a vegetarian, vegan or flexitarian diet – or simply wanting to cut down on the meat – as it tastes every bit as juicy and flavoursome as the real thing,” says the TGI Fridays statement. The flame-grilled burger comes served on a plant-based bun with lettuce, tomato, and onion and a side salad or fries.

“We launched our vegan burger in the States last year and have been inundated with messages asking if we planned to bring it to the UK. So, it is here by popular demand,” said TGI Fridays head chef Terry McDowell.

Go above and beyond your expectations on #WorldVegetarianDay with our @BeyondMeat Cheeseburger! Did we mention that you can have it prepared vegan? See your server for details. ? • • • • • #Vegetarian #Vegan #MeatlessMonday #BeyondMeat #Burger #EatYourVeggies #FoodPic #Hungry #InstaGood #InstaFood #Yummy #Delicious

In November 2017, the chain added the Beyond Burger to the menu of nearly 500 American locations, following a successful trial period. Beyond Meat’s meatless burger is also offered at TGI Fridays Taiwan. Unlike the Beyond Burger, which is made from pea protein, the new vegan TGI Fridays burger features mushrooms as an ingredient.

“We’ve put a lot of research and effort into ensuring we offer the best vegan burger in town, as well as one that comes with a 100% vegan bun,” McDowell added. “With high protein, zero cholesterol – yet all the flavour of a real burger and with a succulent and satisfying meaty ‘bite’ – the question is, why wouldn’t you give it a go?”

“Fridays has always been on the cusp of new food trends in the UK, and we felt the time was right to put a focus on new vegan items on our menu to cater to the ever-increasing demand,” McDowell said at the time. Its special Christmas menu also included vegan options.

The new “bleeding” vegan burger is set to launch in TGI Fridays UK on Monday, January 7.