TGI Fridays now has a vegan steak made from watermelon. The American restaurant chain has launched the meal at all UK branches for Veganuary.

The new steak is made from siracha spiced and chargrilled watermelon. It’s served with an avocado sauce and TGI Friday’s popular sweet glaze. According to the restaurant, the glaze “has always been vegan.”

The watermelon steak meal also comes with a side of crispy fries and roasted vegetables.

“We came up with the vegan steak to give our guests the same great taste from our grills but in a different way,” said TGI Fridays Head Development Chef Terry McDowell in a statement. “Seasoning with Sriracha and garlic gives the dish savory, sweet, and spicy notes with a juicy center that cuts and eats like a juicy sirloin steak.”

“Most people think of watermelon as a sweet dish, but we have flipped that on its head,” continued McDowell. “It is full of flavor and perfect for Veganuary and those who want to try something different.”

The restaurant has also added the new Vegan Stacked Burger, which is also served with its signature glaze. 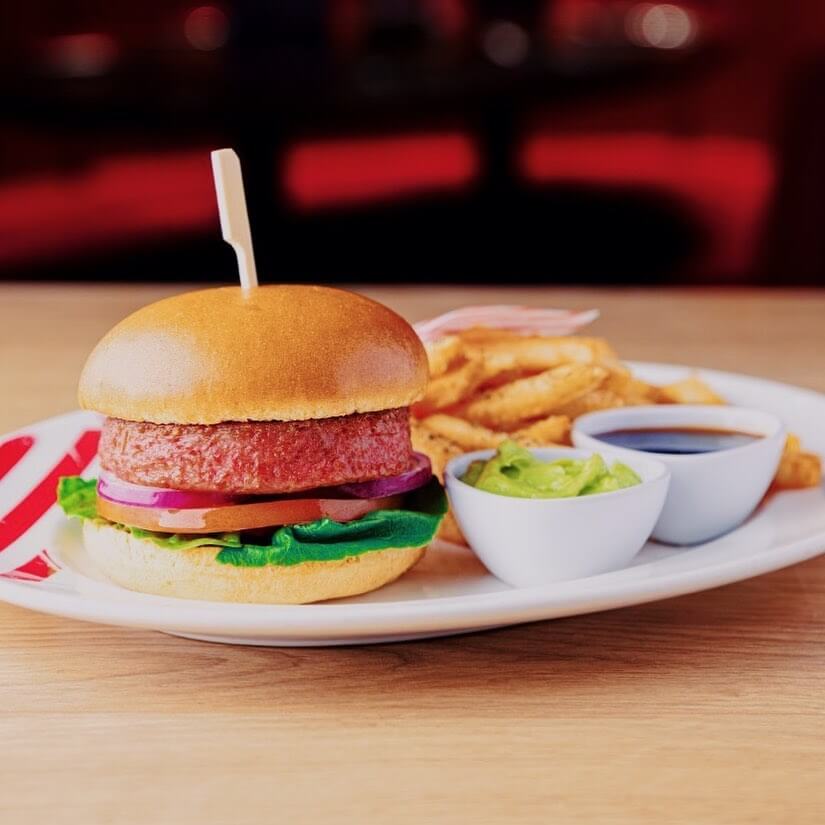 TGI Friday’s previously launched a bleeding mushroom burger in the UK during Veganuary 2019, following the success of the Beyond Burger at its American branches.

“Fridays has always been on the cusp of new food trends in the UK,” said McDowell at the time. “We felt the time was right to put a focus on new vegan items on our menu to cater to the ever-increasing demand.”

Vegan food is becoming increasingly popular in the UK. While there are more vegetarians and vegans, the fastest growing market for vegan products is flexitarians.

During Veganuary, many companies are introducing new menu items to cater to all vegan food lovers.

Wagamama has also launched a watermelon-based option for Veganuary. The Japanese-inspired UK restaurant chain has introduced tuna steaks made from dehydrated watermelon.

TGI Fridays’ watermelon steak is available now. The meal is £12.99.