“The Baby-Sitters Club”, a series of books which arguably defined a generation of girls, is being rebooted by Netflix into a new ten-episode series.

“The Baby-Sitters Club”, written by Ann M. Martin, originally focused on a group of best friends who set up their own small business. It was well known for dealing not only with teenage issues such as puberty and jealousy, but also topics like divorce, racism, and illness.

Lovers of the original series will remember that Dawn Schafer was the eco-conscious member of the gang. Rumour has it that her character will still avoid animal products in the new series, reflecting Netflix’s “[ambition to] contemporize the storylines and adventures of this iconic group of girlfriends to reflect modern-day issues.”

Martin personally approved the new project, which will be set in the present day, saying “I’m very excited about the forthcoming series on Netflix, which I hope will inspire a new generation of readers and leaders everywhere.” 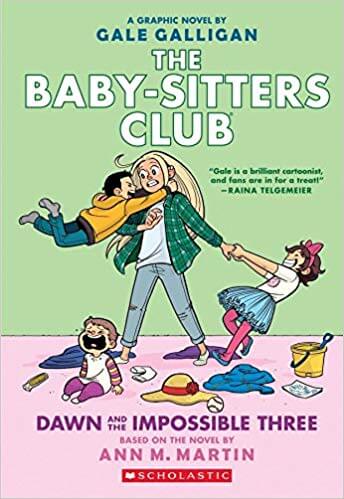 Melissa Cobb, VP Kids & Family at Netflix, echoed the sentiment saying to The Hollywood Reporter; “The themes of ‘The Baby-Sitters Club’ still resonate 30 years after the original book series was released,”. She added that “there has never been a more opportune time to tell an aspirational story about empowering young female entrepreneurs.”

“The Baby-Sitters Club” was adapted in the past – for HBO in 1990, as well as a film version in 1995 – but this will mark the first time it has been updated for the present day, aimed at exploring relevant issues facing modern day teens.

Though veganism and vegetarianism have mainly been limited to cooking and lifestyle programmes on television, both are starting to break through into mainstream shows. Perhaps the most famous vegetarian character is Lisa Simpson of Fox’s long-running animated series, “The Simpsons”, however, a handful of other characters can be found, such as Aria Montgomery in “Pretty Little Liars” and Temperance Brennan from the show “Bones.” “Friends” character Phoebe Buffay, played by Lisa Kudrow, was an on-again-off-again vegetarian throughout the series. But the original vegan character may come as a bit of a surprise: the spinach-eating tough guy, Popeye the sailorman made his screen debut in 1933.

Netflix has yet to announce a release date for “The Baby-Sitters Club.”