The new option, called the Daniel Burger, is made with the chain’s own patty and sauce. Beetroot, kidney beans, diced onions, yellow corn flour, hemp seeds, and assorted herbs and spices make up the protein-packed patty. The sauce is made from a coconut milk base and includes beetroot, roasted garlic, and a blend of herbs and spices.

“They [the Daniel Burgers] are available at Queen and Spadina, Queensway, Port Credit, and Hurontario locations currently,” The Burger’s Priest told LIVEKINDLY. “But we have plans to extend to all locations if everything goes well.”

The sustainable menu addition marks a shift for the chain. The Burger’s Priest now caters to vegans and vegetarians who are looking to enjoy a hearty plant-based meal at a mainstream joint. But it’s not just vegans driving the plant-based movement. According to business owners, the recent vegan restaurant boom in Canada is fueled by meat-eaters looking to reduce their consumption of meat and dairy, a trend coined “flexitarianism.” 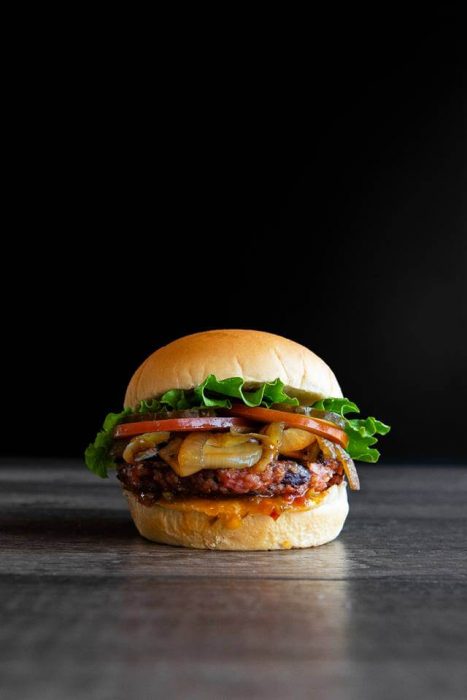 The Burger’s Priest is one of the numerous Canadian food chains expanding its vegan options to meet demand. Earlier this month, major national fast-food chain A&W announced the forthcoming launch of the vegan Beyond Burger. It debuted the patty at its Toronto location, where it proved to be a hit with attendees of the pre-launch event flocking to social media to share their enthusiasm for the burger, which will officially launch at all 925 A&W locations in Canada next month. Aligned with Beyond Meat’s target market of meat-eaters, the “bleeding” burger saw those who typically consume meat having the most positive reaction to it, with many going back for more.

Canadians are also about to see a formerly Ontario-only establishment open up across the nation. Globally Local, the world’s first 24-hour vegan drive-thru, announced earlier this month that it is expanding across its origin city and then to cities across Canada and the United States.

Canada is also home to the world’s only vegan neighborhood. “Vegandale” is a mecca for vegan businesses and unites the community with cruelty-free food, products, and services.