The world loves pets: dogs, cats, horses, birds, rabbits, and fish share homes with over a billion human families. Americans will spend about $30 billion this year feeding their pet loved ones, the vast majority of that food pouring into 107 million dog and cat bowls.

Unknown (or ignored) by the vast majority is the fact that the pet food industry is now one of the major contributors to global meat production, encouraging factory farming and environmental destruction. The ethical friction between “loving pets” and “ignoring livestock suffering” is leading many of us to scrutinize what’s inside the kibble we’re dishing out to our pets.

It’s time to radically redesign how we feed our pets.

The clean meat revolution in pet food has begun, and its size and scope is impressive. If we add up all the pet food bowls in the U.S., we’d discover that pets eat 30 percent of all meat in the United States, making them equivalent to the fifth largest country in the world in terms of animal protein consumption. Clever marketing, fueled by hundreds of millions in advertising budgets, has tricked us into believing our Maltipoo is a bloodthirsty wolf wrapped in a Vuitton sweater (not kidding). An entire generation of dog lovers has been manipulated into buying high-meat kibble, regardless of the damage to other animals, water, land, or air. Factory farms and deforestation aside, are we buying safer pet foods for our wolf-in-Maltipoo-clothing? Maybe, maybe not.

What goes into making, and what leaks out of, pet food has me a little concerned. As a veterinarian, I’ve found the majority of modern pet foods found in grocery and pet stores to be nutritionally complete and balanced, eliminating most nutritional diseases in dogs and cats. And then we focus on pet food safety. I have been both relieved and alarmed by the surge in pet food recalls over the past decade. Relieved that the U.S. Food and Drug Administration (FDA) is doing a much better job protecting pets from contaminants, and alarmed that there’s so much contamination. 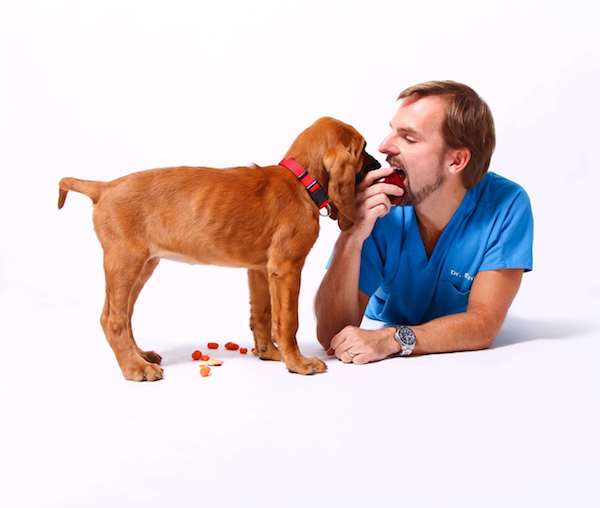 There have been over 200 pet food recalls since 2009. Most are from disease-causing bacteria, but over the past year, people were shocked to learn that a lethal euthanasia drug, pentobarbital, was in many pet foods. JM Smucker, owner of Nutrish, Gravy Train, Kibbles ‘n Bits, and Ol’ Roy (to name a few), had to recall over 107 million cans of poisoned pet food. I guess you can say that made me more than a little alarmed. Pentobarbital-containing pet food aside, I have an even bigger concern with much of the pet food industry, and that has to do with the humane treatment of animals – all animals.

Veterinarians take an oath to “the protection of animal health and welfare” and “the prevention and relief of animal suffering.” I’d like to emphasize to people that choose to eat or feed their pets meat, I’m not judging your “eating ideology.” What I vowed to do, and take very seriously, is to prevent animal suffering, and that means educating people on the impact their pet food choices have on other animals, especially those we eat or feed. That’s why I stress “mindful feeding.”

The purchase of each bag and can of dog food represents a choice in how a cow, chicken, or pig lives its life and dies. Currently, the lives of these highly-intelligent, feeling, emotional animals are pretty awful inside the secretive modern food production industry. You know the tragic truth: thousands of animals crammed into metal sheds with barely enough space to stand, pumped full of antibiotics and hormones, and sentenced to a brutal life often ended in terror and pain. We need to be mindful of the consequences of our pet food choices. This is the disgusting reality of pet food meat production. But I haven’t finished the disgusting part yet.

Pet food production is pretty bad for the environment. Recent research indicates pet foods are responsible for 25 to 30 percent of the environmental impact of meat in the United States, polluting water, soil, and air. Making all that meat for pets creates about 64 million tons of greenhouse gases each year, equaling the annual exhausts of more than 12 million cars. In addition to toxic gases, water pollution is a rising threat. There are now over 550 dead zones around the world, vast areas of ocean in which life has been largely destroyed by agricultural wastes. The once “fertile crescent” of the Mississippi Delta has become a dead zone, risking the lives and livelihoods of tens of millions of Americans. Intensive farming also requires a lot of drinking water. One pound of beef requires about 2500 gallons of water, compared to 250 gallons for a pound of soy or 25 gallons of wheat. There’s a better way to feed our pets, but first, we need to overcome some pet food prejudice.

“Ingredient bias” is real, especially among pet lovers. Anything that’s not “meat, beef, pork,” or “poultry” is often viewed as inferior in terms of pet nutrition. The first step in the clean meat revolution is to explore, and potentially accept, a variety of alternative proteins. Cultured proteins, plants, insects, algae, and, our current interest, fungi, must be welcome on our menus and in our pet food bowls.

We need to elevate the culinary conversation beyond traditional ingredients and embrace new foods that are good for us, our pets, and the environment. We’ve got to shed our antique ingredient biases and open ourselves to new ways of making food. 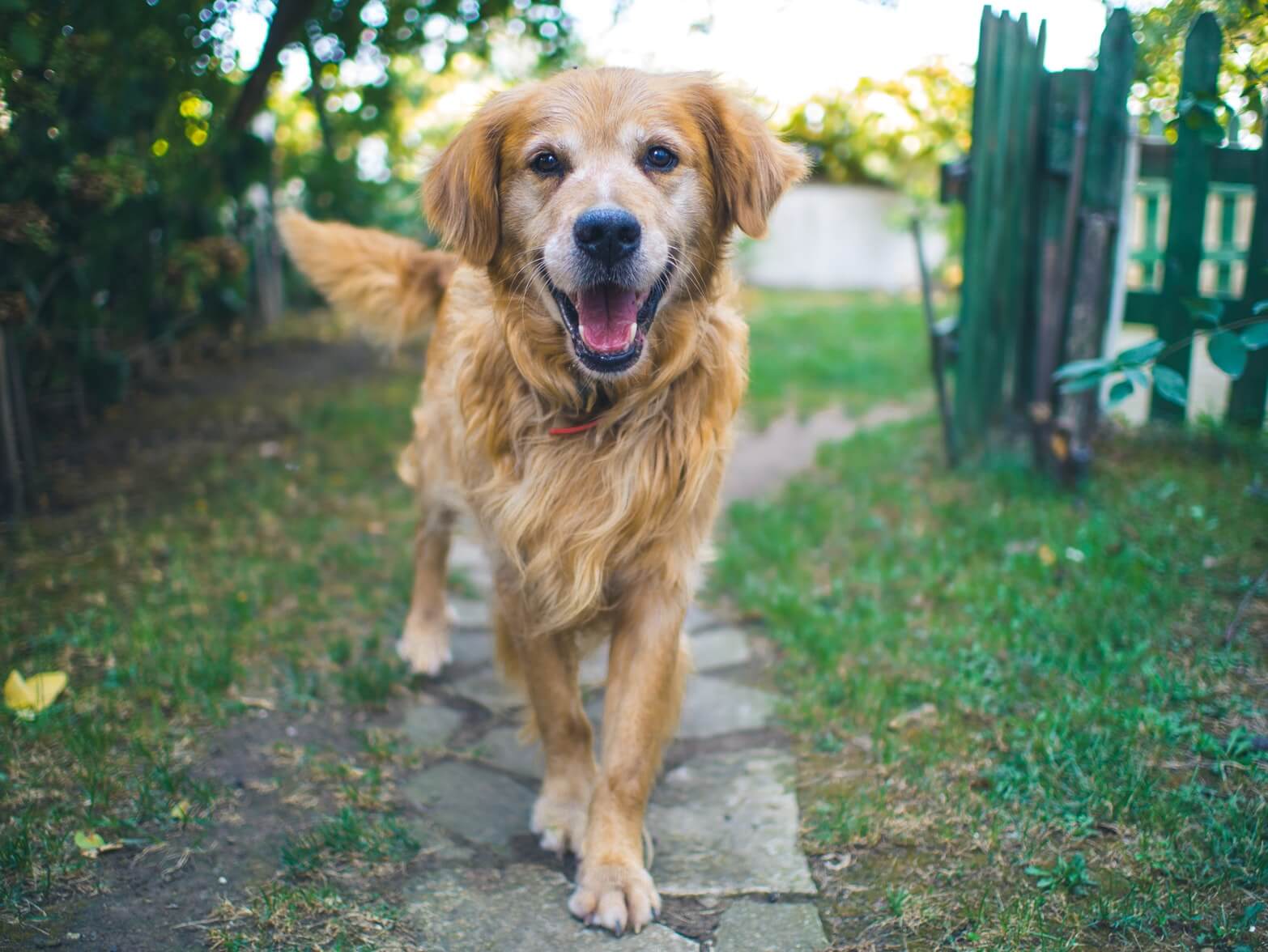 Our new way of making pet food began by revisiting an ancient Asian protein, koji (Aspergillus oryzae). Over thousands of years, the Japanese perfected this safe, nutritious, and savory fermented food that is considered a national treasure (it has its own holiday). Koji is the “secret sauce” of miso, soy sauce, and sake. It is added to many dishes to boost the umami flavor craved worldwide by billions. Rich in protein, koji contains the ten essential amino acids dogs require from their food. Koji also has been shown to support gut health in humans, providing microbiome-nourishing prebiotics. And did I mention it tastes great? All those elements led us to conclude that koji was going to be an important part of the clean meat revolution in pet food.

Safe, nutritious, environmentally-friendly, ethically-sourced, and affordable also make our modern production of koji revolutionary. No animals are harmed, no risk of euthanasia drug contamination, and we can produce tremendous quantities of this protein source in a sterile, secure, and small setting. This makes me very happy as a veterinarian. It also inspires me to take part in this revolution.

The time has come for us to get serious about feeding about pets more safely, sustainably, and ethically. The real challenge is how do we revolutionize pet food in order to preserve our planet while providing the best in nutrition? Free yourself from ingredient bias, think beyond the bag or can, and let’s work together to win the hearts, minds, and paws of future generations. Let’s win the clean meat revolution for everyone – and everything.

Dr. Ernie Ward is chief veterinary officer of Wild Earth, a biotech startup developing clean high-protein pet foods that are healthier, better for the environment, and more humane than conventional products. Dr. Ward has spent his entire career practicing, writing about, teaching, and encouraging better care for animals to earn the title as “America’s Pet Advocate.” Along with his clinical and surgical expertise, he is a passionate advocate for proper nutrition. He founded the Association for Pet Obesity Prevention to help raise awareness on the dangers of pet obesity in dogs and cats, wrote the book “Chow Hounds: Why Our Dogs Are Getting Fatter,” and co-authored the peer-reviewed American Animal Hospital Association’s (AAHA) “Weight Management Guidelines for Dogs and Cats” in 2014 and “Veterinary Clinics of North America: Small Animal Obesity” textbook in 2016. He was the resident veterinarian for the “Rachael Ray Show” from 2007- 2014.