Vegan mayonnaise is officially taking over the condiment world, with more products than ever going eggless. As more people are embracing a plant-based or flexitarian diet, the global food market has come up with new dressings to jazz up the dullest of salads. Plant-based mayos are being whisked up using avocado oil, tofu, and even pulses.

In the world of all things saucy, mayonnaise is somewhat unique in that it is both everyday and luxurious at the same time.

The thick, creamy condiment is a staple of nearly every fridge and regularly chucked into the shopping trolley with little ceremony. Yet a dollop of the stuff transforms a simple sandwich into a moreish lunch, a plain burger into a sumptuous snack. However, as mayonnaise is traditionally made with egg yolk, vegan versions are in great demand.

As well as being more sustainable and ethically sourced, plant-based mayos are usually lower in saturated fat than the eggy alternatives and contain between 20-22 percent fewer calories.

Mayonnaise is a thick sauce traditionally made as an emulsion of vegetable oil, vinegar, and egg yolk.

In 2014, the US munched its way through177 million gallons of mayonnaise, slathered on sandwiches and spooned on spuds. While several countries lay claim to mayonnaise as their creation, it is impossible to verify its geographical origin, but sources point to the condiment being French.

Traditional mayonnaise becomes the dense, smooth spread that we know and love by adding the oil, drop by drop to the egg yolk and vinegar while whisking. This process creates an emulsion (suspended particles in an aqueous form) which swift stirring thickens up into a fluffy sauce thanks to the emulsifying lecithin in the egg yolk. To make vegan mayonnaise, ingredients which perform the same function are necessary.

Yellow Pea Protein. As used in JUST Mayo, this is made of long-chain amino acids which makes it useful as a binding and thickening agent.

Soya Milk. As this proteinous liquid is already a stable emulsion, the additional oil droplets are well supported, which makes for a thick mixture.

How Does Vegan Mayo Taste?

Conventional mayo strikes a balance between creaminess, tanginess, and sweetness. But like the traditional thing, the way vegan mayo tastes varies from brand to brand.

Which vegan mayo tastes the best? J. Kenji Lopez-Alt, chief culinary consultant for Serious Eats wrote: “The general trends showed that the more similar to conventionally-made mayo a brand was, the better is scored. Brands that were made as true oil-in-water emulsions flavored simply with vinegar, lemon juice, and salt fared the best, while brands that relied on starches, gums, and other thickeners that listed water or soy milk as their primary ingredients fell to the bottom of the pack.”

Is Vegan Mayo Better for You?

Contrary to claims spread by the American Egg Board and other bodies, many studies show that chicken eggs are bad for you.

Eggs are very high in high in cholesterol, with a single egg containing 186 mg. That’s more than three times what you’d find in a pork hotdog. While there is good and bad cholesterol, the cholesterol found in eggs is Low-Density Lipoprotein (LDL) which is the kind to avoid. The consumption of cholesterol packed eggs has been linked to heart disease, stroke, and early deaths.

A recently published study by Northwestern University investigated the effects of eating high quantities of eggs in over 29,000 test subjects over 17 and a half years. The results published in the medical journal JAMA showed that people who ate two or more eggs per day were at the most risk of having an early death.

A researcher from the study, Dr. Norrina Allen, told the Independent, “we want to remind people there is cholesterol in eggs, specifically yolks, and this has a harmful effect.”

As well as their high cholesterol content, eggs can contain harmful substances such as salmonella and have also been linked to Type 2 Diabetes. A 2016 study published in the American Journal of Clinical Nutrition concluded that out of 200,000 test subjects, those who consumed the most eggs experienced a 39 percent higher risk for diabetes.

The environmental impact of the egg industry is considerable, with a box of a dozen eggs requiring four pounds of feed, 636 gallons of water, and antibiotics to produce.

Animal Welfare in the Egg Industry

Along with the health and environmental concerns surrounding eggs, there are considerable animal welfare concerns. The maltreatment of egg-laying chickens has become more common knowledge in recent years, with exposes by charities like Viva! bringing the living conditions of chicken to the public’s attention.

Ninety percent of all the world’s commercial eggs come from caged battery hens, forced to live out their lives in tiny cages.

While “barren” battery cages were banned in the UK in 2012, “enriched” cages are still too small for a hen to stretch her wings. The cages deprive chickens of natural light and fresh air and the hens are forced to live in their own urine and excrement. The constant lighting and high-protein diets of these chickens force them to lay up to 300 eggs per year, wild hens lay between 12 and 20 eggs annually.

In the US, many states still use the barren caging system, which allows each hen the same amount of space as an A4 sheet of paper.

Without room to indulge in natural behaviors such as perching, dust bathing or foraging, the chickens sometimes become so distressed they self-mutilate by pecking at their own flesh. Male chickens do not live past a few hours, as being incapable of laying eggs, they are considered to have no value. Each year, around 6 billion male chicks are suffocated, gassed or thrown into a macerator while still alive.

Human Rights in the Egg Industry

Some egg farms have hidden human rights violations. The 2018 Frontline documentary “Trafficked in America” revealed slave labor practices at Ohio’s Trillium Egg Farms. Immigrants from Guatemala had been illegally smuggled into America by the egg farm and were living and working in unsuitable conditions.

Some of the smuggled workers were only 14-years-old when they came to work at Trillium in 2015. Despite undeniable evidence being presented, Trillium Farms’ vice president claimed to have no knowledge of the incident and no charges were upheld.

Thanks to nifty new developments, enjoying vegan mayonnaise is as easy as opening a jar. Here are our top nine products.

JUST’s sauce is made of yellow pea protein and canola oil. JUST’s vegan spread forms the base of five other mayos, including sriracha, garlic, and truffle.

Since Follow Your Heart launched its soy-based mayo back in 1977, the creamy condiment has become a hit. The vegan company also makes a soy-free, pesto and grapeseed oil varieties of Vegenaise. The mayo is sold in over 25 countries.

Made by the San Diego brand all in on the avocado, Chosen Foods’ vegan mayo harnesses the thickening power of aquafaba, the liquid from a can of chickpeas, with its signature avocado oil.

This Italian mayonnaise is soy-free and made from potato protein, carrot concentrate, and xanthan gum. This polysaccharide (derived from a bacteria which can cause rot in cabbage) is a common thickening agent in mayonnaise, especially low-fat versions. Sacla’s new offering can be bought in Sainsbury’s and the Co-Op.

Aside from its fabulous smoothness, this vegan mayo gets its name from its aquafaba content. The GMO-free spread also comes in an avocado oil and a chipotle version.

This British company makes its mayonnaise from sunflower oil and apple cider vinegar from ingredients grown in Italy. Mr. Organic’s mayo is also the proud owner of PETA Vegan Food Award Winner prize. The mayo is stocked at Holland & Barrett, Waitrose, and Abel and Cole.

Having apparently adopted an “If you can’t beat ’em, join ’em” mentality, Hellmann’s launched its own vegan mayo in 2016. Made of rapeseed oil and maize starch, the sauce is completely devoid of eggs. Hellmann’s plant-based offering is available throughout the UK and the USA.

Tesco has been championing plant-based eating in recent years, even appointing its own Director of Plant-based Innovation, Derek Sarno at the start of 2018. As well as stocking its exclusive Wicked Kitchen range, Tesco also sells its own vegan mayonnaise made from rapeseed oil.

Proving once again that there is nothing the coconut cannot do, this vegan mayonnaise is made from coconut oil. 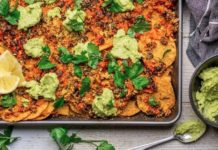 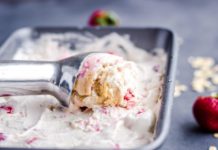 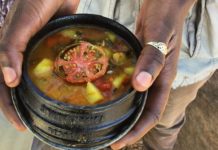 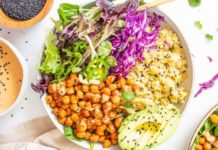 Quinoa: Health Benefits and the 9 Best Vegan Recipes to Try 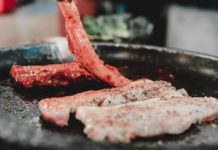 Is Meat Destroying the Planet?