As one of the most recognizable plant-based meat brands on the market, most people have tried some form of Quorn in their lifetime.

More and more people are now experimenting with reducing their regular meat intake, and the rise of veganism, vegetarianism, and flexitarianism means that Quorn products are more in demand now than ever before.

Quorn saw one of its biggest years of growth in 2017, reporting a 19 percent growth in the first quarter. The brand also announced that is was on course to become a billion-dollar company by 2027, crediting the rise of flexitarian diets, in particular, for its growth.

In March 2018, Quorn opened the world’s largest vegan and vegetarian meat factory. The £27 million facility — located in Teeside — was launched to accommodate this growing demand from consumers.

“We are growing at 15 percent each year and we plan to grow at that rate each year,” CEO Kevin Brennan said in a statement at the time.

So where did it all start for the brand? 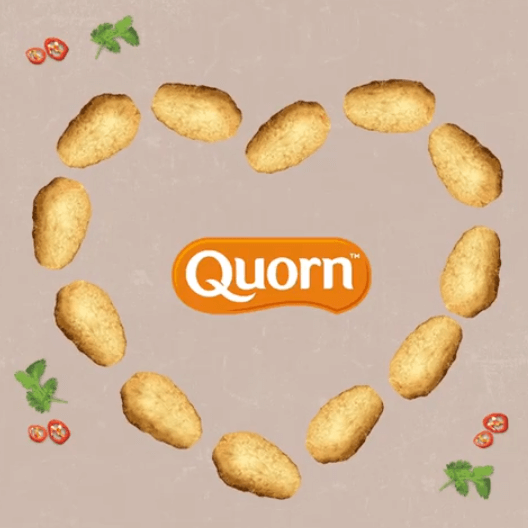 The Guardian reports that Quorn’s story began with an idea familiar to most vegans and vegetarians today. The brand’s founder worried that “food supplies for humans would be rapidly exceeded by global population growth.”

A worldwide search for alternatives to animal-based protein in the 1960s led to the discovery of mycoprotein. The Rank Hovis McDougall Research Centre made the discovery in the British town of Marlow. However, production is now based at the company’s headquarters in Stokesley, North Yorkshire.

According to the Quorn website, the basis of all Quorn products is created by fermenting the F venenatum fungi to create a dough. This dough is then transformed into the 100+ different products produced by the company.

Its products are currently sold across the world. According to Quorn, the brand can be found in the UK, U.S., Europe and Scandinavia, South Africa, Philippines, Thailand, and Singapore. 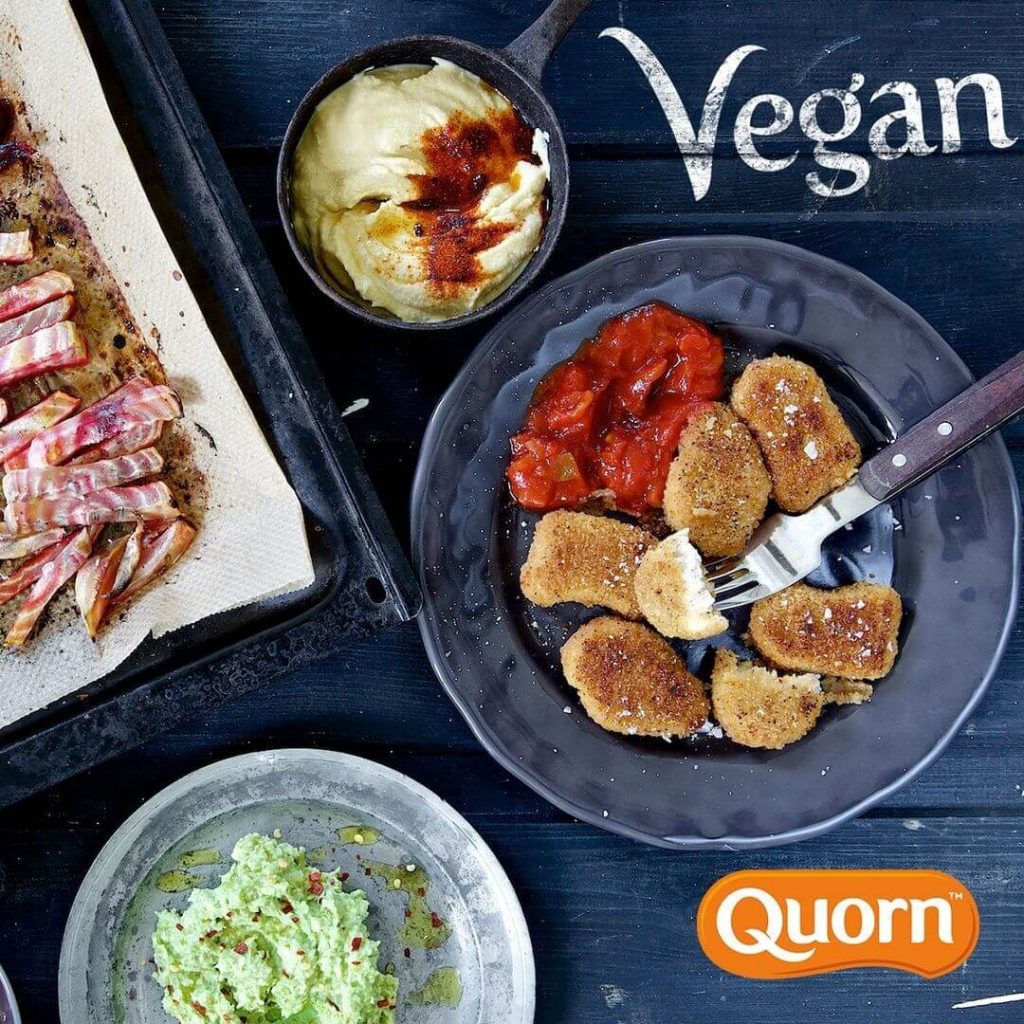 Quorn is founded on the premise of sustainability, recognizing that “the growing global population needs a sustainable diet that is also healthy.” The company’s aim is “to produce healthy protein for a healthy planet.”

As well as the health benefits of its products, Quorn acknowledges that sustainable nutrition shouldn’t just be about humans — it works hard to make its products environmentally-friendly too.

In 2018, in recognition of the fact that black plastic is one of the hardest materials to recycle, Quorn announced it would be changing its packaging. It is now working to replace black plastic trays with clear ones. According to Greenpeace, the global population uses around 1.3 billion black plastic trays every year – and most of them end up in the landfill.

The company is also working to reduce its water consumption.

Water scarcity is a growing problem, with cities like Cape Town, South Africa implementing initiatives like “Day 0” in an attempt to highlight just how big the problem is.

It is now widely recognized that animal agriculture is one of the biggest water consumers, with one pound of beef taking 1,799 gallons of water to produce. This is “10 times higher than that of Quorn mince” according to the brand’s website.

In addition to water scarcity, the brand is tackling food waste. Not only is the brand committed to WRAPs Courtauld Initiative, but it has also been partnered with FareShare since 2017. FareShare and Quorn aim to redistribute “surplus Quorn food that’s still in date and safe to eat to charities and community groups.”

The Courtauld 2025 Initiative aims to connect “organisations across the food system to make food & drink production and consumption more sustainable.”

Quorn is therefore committed to reducing its waste and emissions by one fifth. It plans to do so by cutting “waste throughout [our] supply chain and in the home” and is proud to be “first global meat-alternative brand to achieve third-party certification of its carbon footprint figures.”

According to the Quorn website, there are 15 different vegan-friendly products on offer.

Though all Quorn products are vegetarian, the below options don’t contain egg white, which is used as a binding agent in the brand’s non-vegan options. Instead, the company uses potato starch, often combined with pea protein or tapioca starch.

Kate Snow, one of Quorn’s Home Economists, told LIVEKINDLY, “It’s been interesting to see that there’s been a real flooding of the [vegan food] market in the last few years,”

She added, “people are waking up to the fact that we have to change our diets as a way to help the environment.” 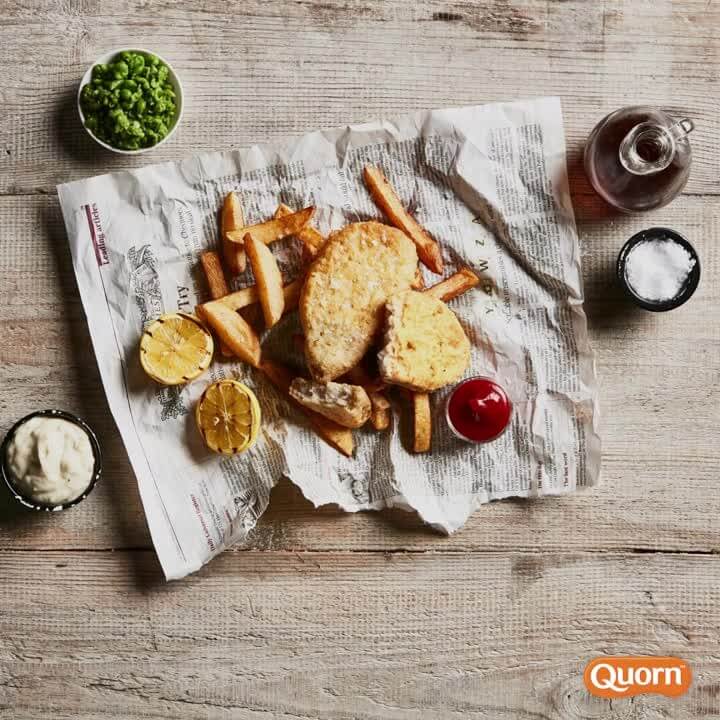 Quorn’s fishless fillets come in two varieties – Battered and Breaded. Those looking for a traditionally healthier option can choose the breaded fillets, which contain just 2.6g of fat per 100g. However, both contain under 250 calories, which makes them a great Fish Friday choice. According to Quorn, the fillets will be available in UK supermarkets from 15th April. 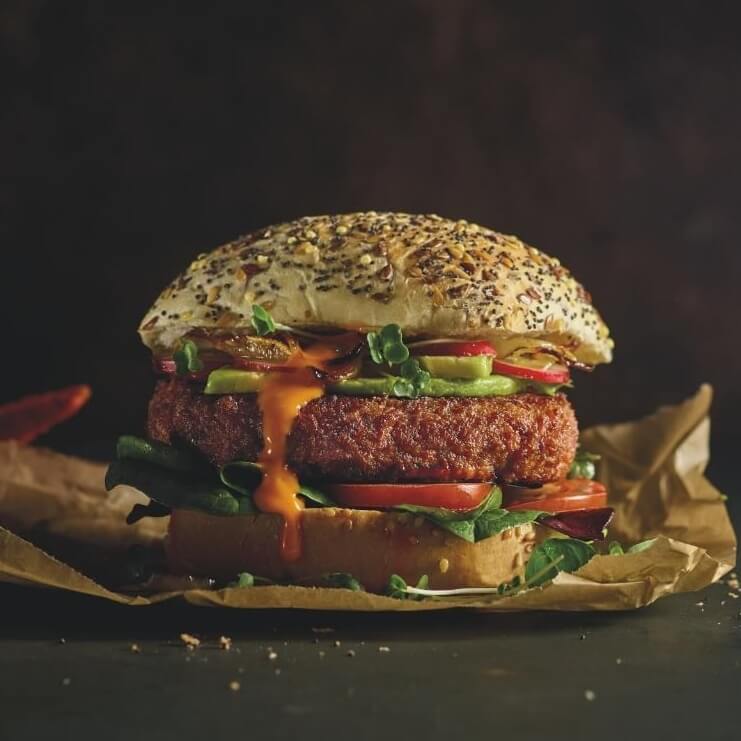 Available in major UK supermarkets from this month, the Ultimate Burger follows the trend for meaty “bleeding” vegan burgers. Made from Quorn’s signature mycoprotein, the thick-cut quarter pounder promises to offer “no compromise when it comes to meat reduction.” Unlike Quorn’s original vegan burger, this option is designed to cook well on a barbeque grill, so it’s sure to be a hit with BBQ lovers this summer! 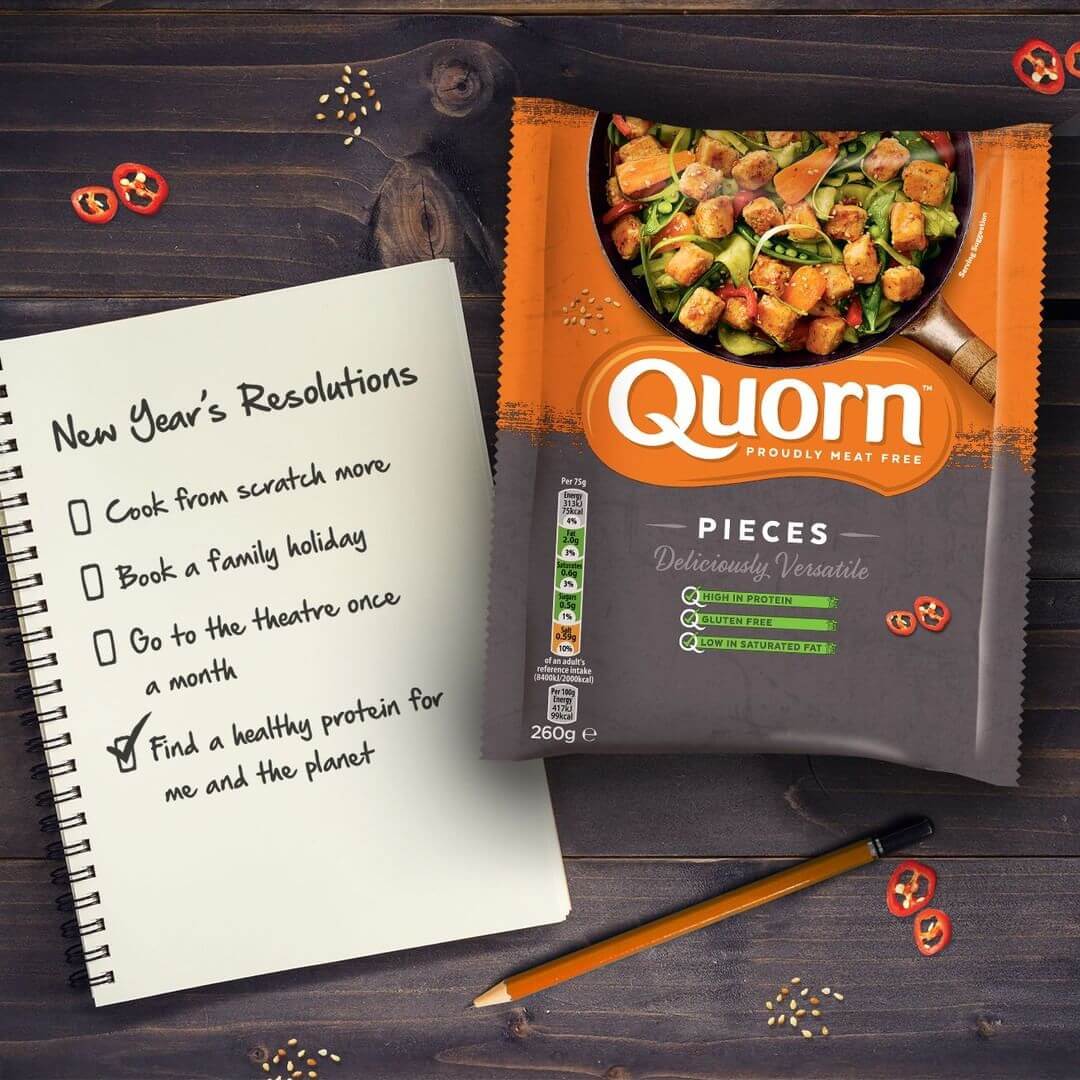 One of Quorn’s original vegan products, the Vegan Pieces work great in a huge range of dishes, such as curries, stir-frys, and even salads. A 100g serving of Quorn pieces has fewer calories and a lower fat content than a comparable serving of chicken breast, making it a healthier option for meals. 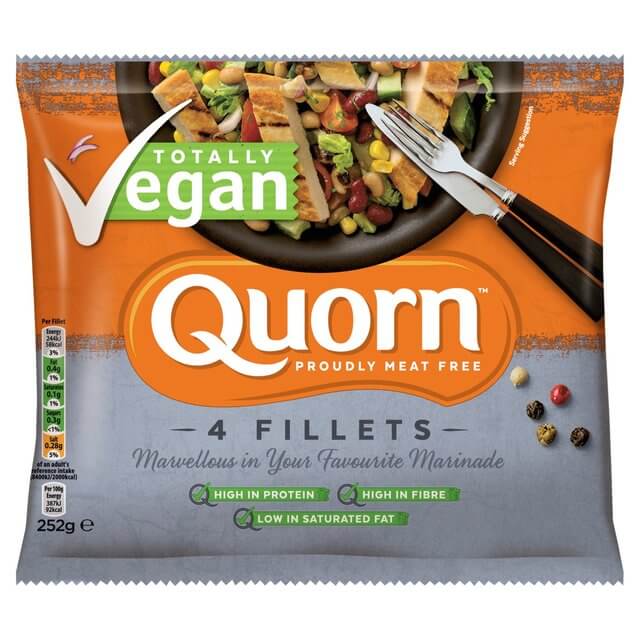 Though Quorn Vegan Pieces are arguably more versatile, the slightly lager Vegan Fillets are equally as useful for people looking to reduce their meat intake throughout the week. Similarly to the Vegan Pieces, these fillets only take 12 minutes to cook, so there’s no need to wait hours while your dish simmers to perfection. 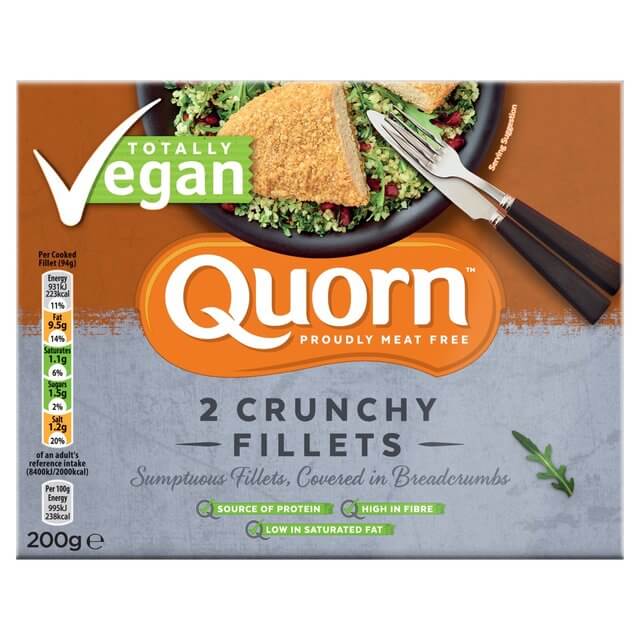 These crunchy fillets are the bigger, badder brother to the Vegan fillets. With their delicious breadcrumb coating, they are as at home in a burger bun as they are solo with some salad for a light summer meal. At 205 calories per fillet (100g) they contain almost a fifth of the calories of their meaty alternatives. 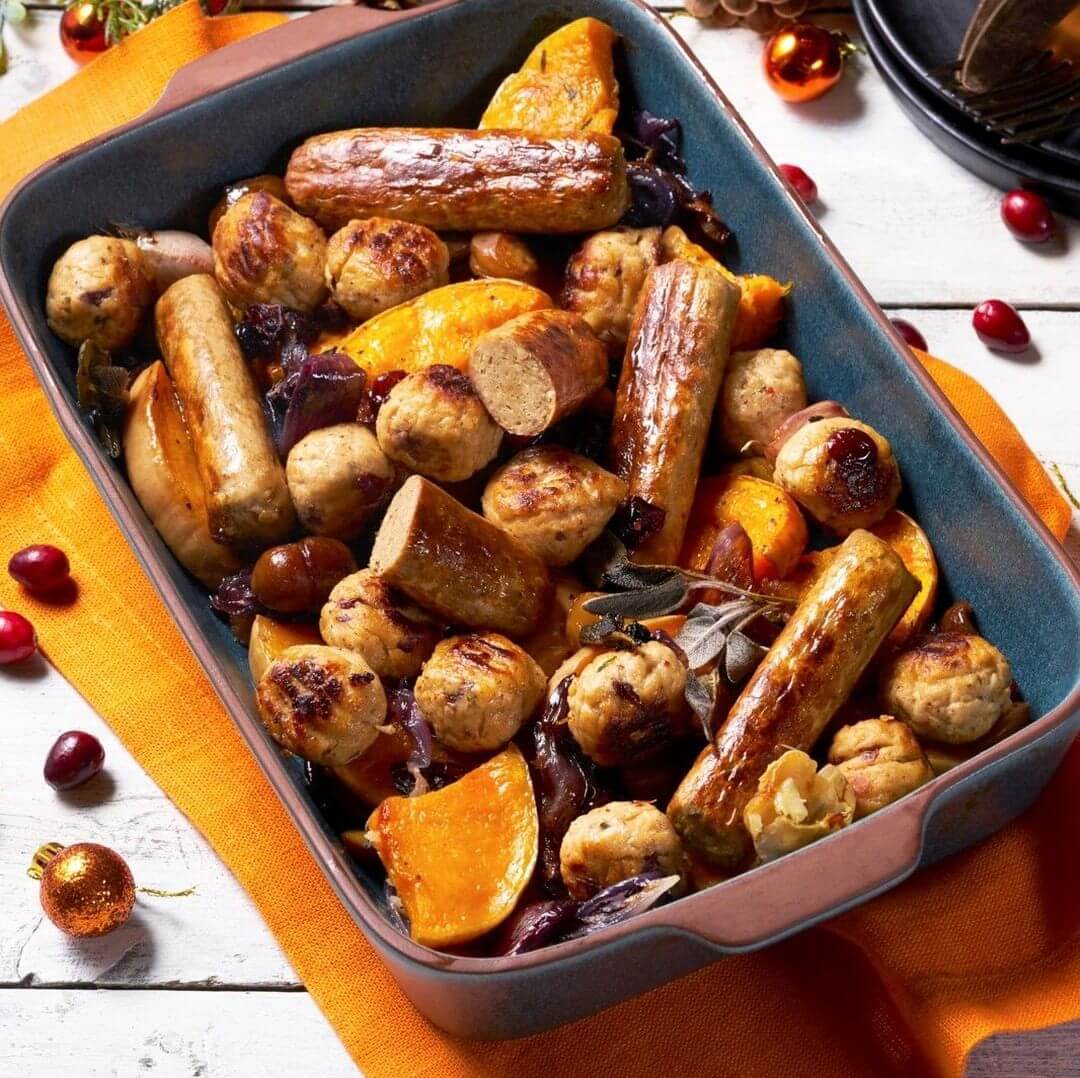 Sausage sandwiches have long been a staple of the British breakfast menu, and thanks to Quorn, vegans can enjoy one too! As well as pairing perfectly with Tomato Ketchup or Brown Sauce, these sausages work equally well in a French-style cassoulet with heaps of fiber-filled beans. 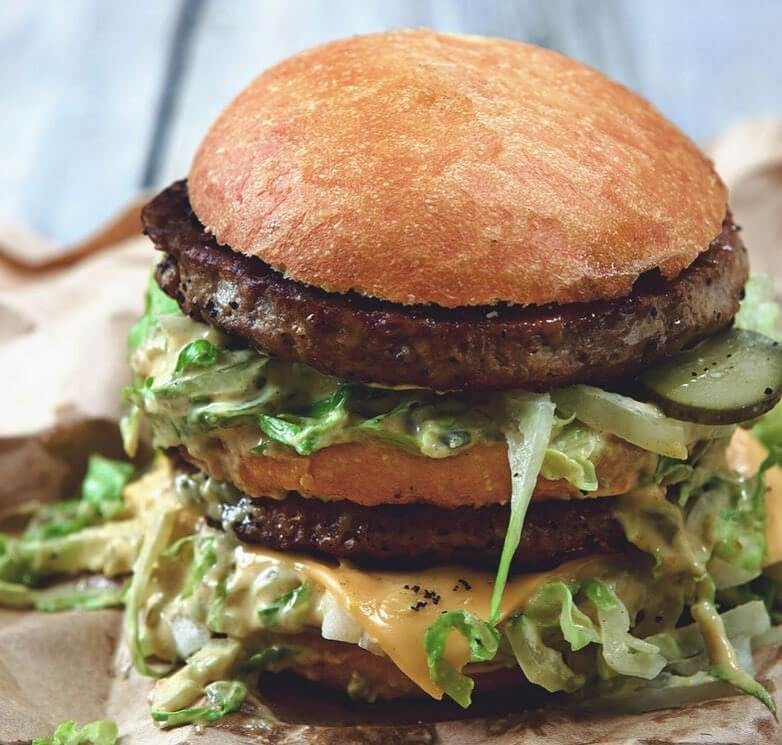 It’s no secret that a good barbeque includes burgers of some kind. Quorn has long been helping vegans enjoy the traditional summer activity with their vegan burgers, which are “high in protein and low in saturated fat.” Though there are now a plethora of meat-less burgers to choose from, the Quorn Vegan Burger will always be a safe choice. 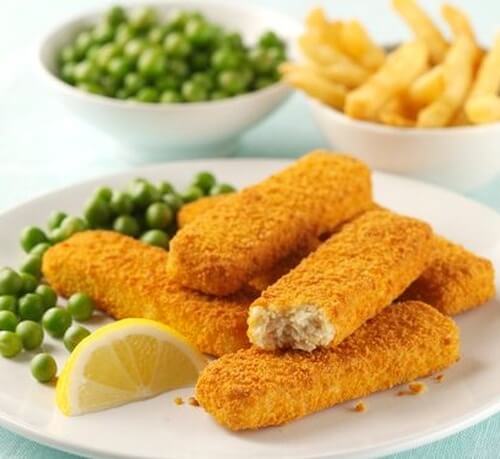 Though Quorn has always included Fishless Fingers in its range, the brand recently modified the recipe for the product. They are now vegan-friendly and “perfect for an easy family dinner.” With overfishing now recognized as a serious threat to marine species, these fish-friendly treats provide a delicious alternative for those looking to reduce their environmental impact. 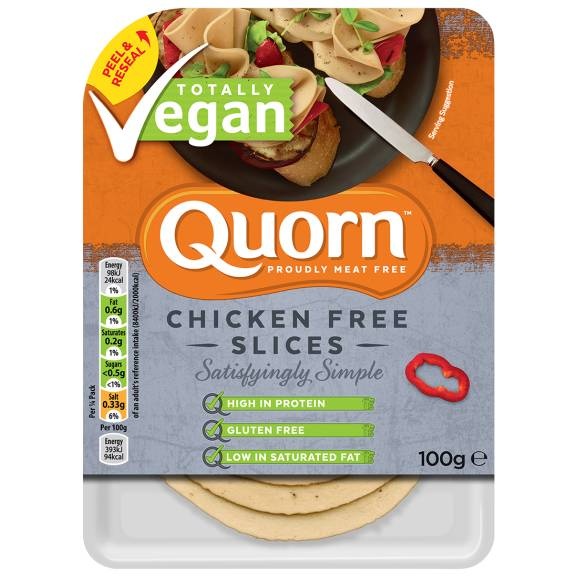 Not only are these slices vegan, but they are also gluten- and soy-free meaning everyone can enjoy them as a sandwich filler or lunchtime salad accompaniment. 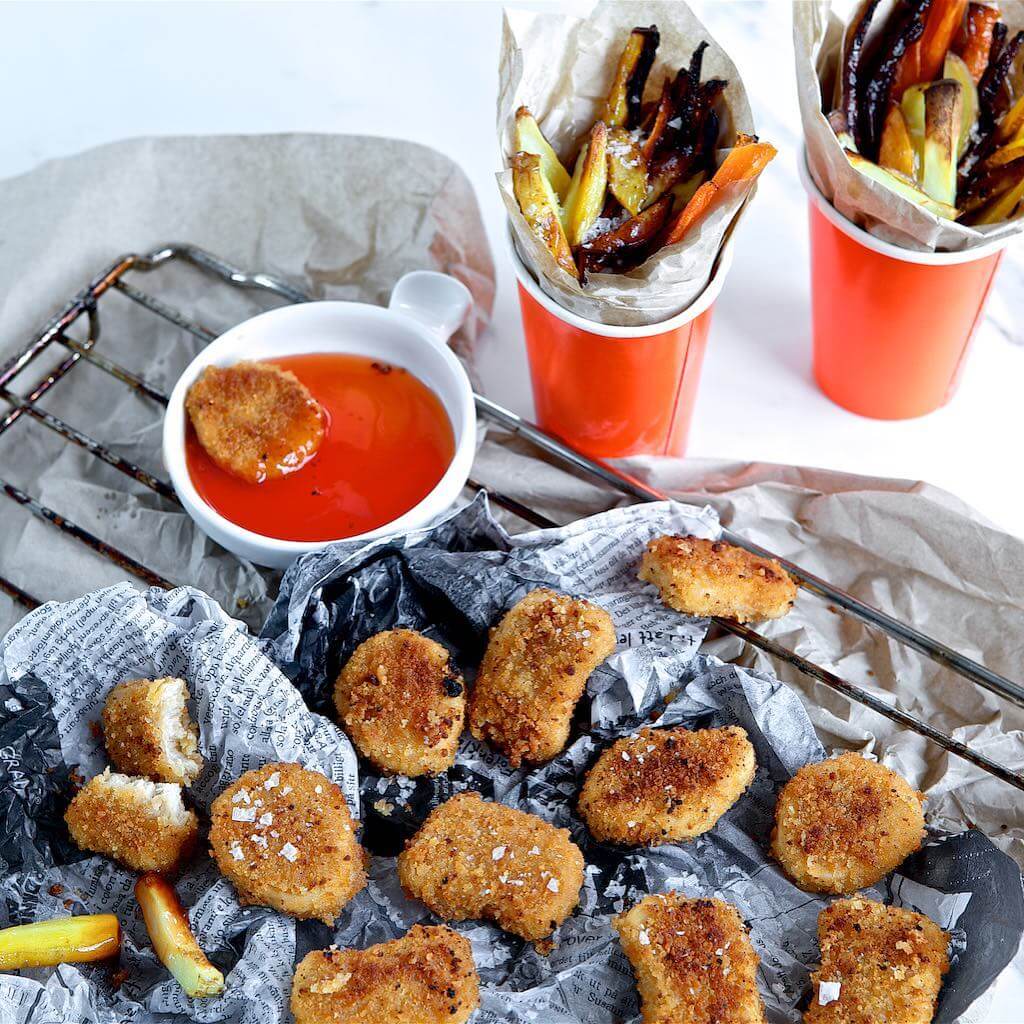 Nuggets will always be a nostalgic treat, not least for Twitter user Chey, who emailed the brand demanding they begin producing dino nuggets so vegetarians and vegan could enjoy the fun shaped morsels too. Sadly Quorn’s Vegan Nuggets only come in standard shapes at the moment. However, there may be hope on the horizon, as Quorn responded to Chey, saying they would “look into it.” These vegan nuggets also contain a third of the calories of a certain meal deal’s meaty counterpart. 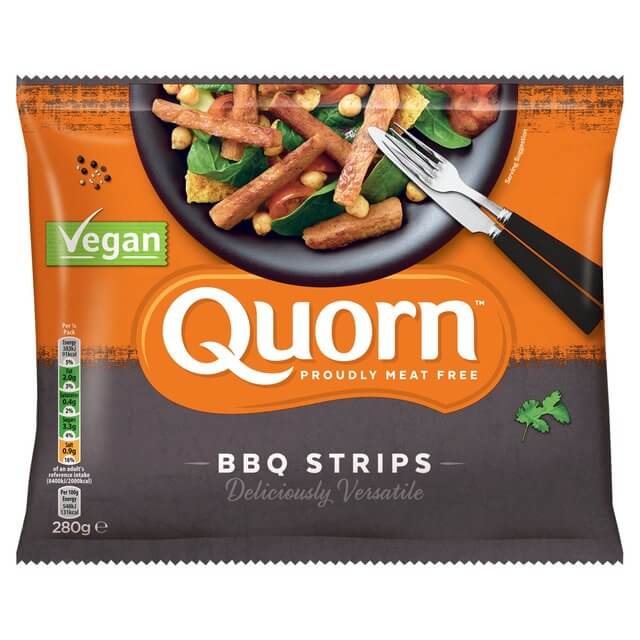 These vegan strips are “seasoned with barbecue, smoked salt, and mixed spices” and make a great addition to pizzas and salads alike. Found in the freezer aisle, they take just 6 minutes to cook from frozen in a pan with oil of your choice. 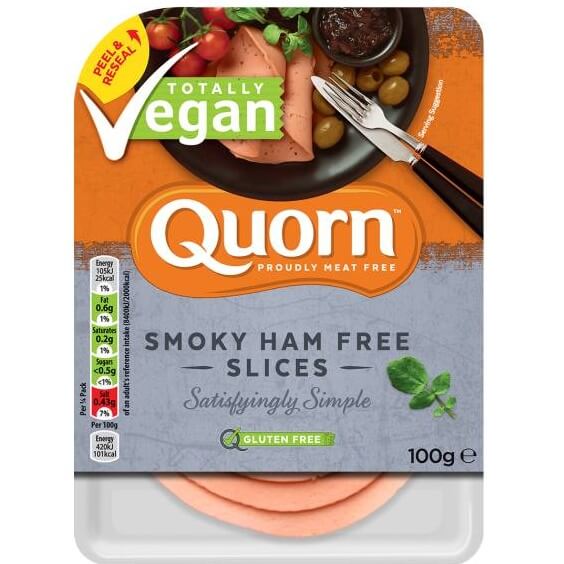 Another choice for meat-free sandwiches, the Vegan Smoky Ham Free Slices are a hit with parents. One Waitrose & Partners user commented, “Family just love this we even cook it in a frying pan to make a Bacon Buttie! Tastes lovely in a sandwich just as it comes also – life safer when in a rush and need to make a quick salad or sandwich.” 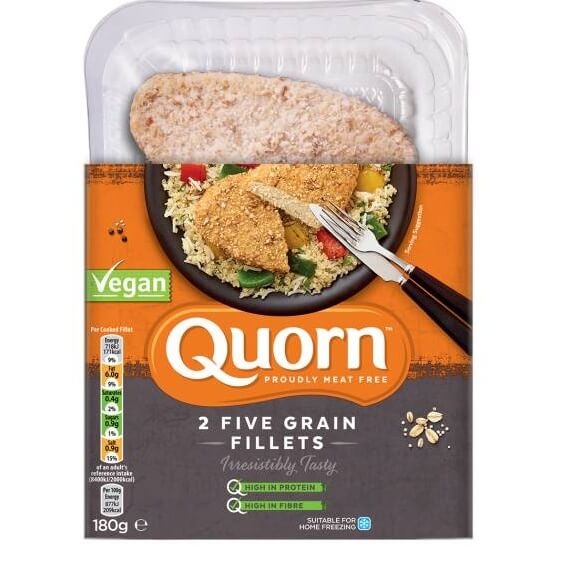 Similar to the Vegan Crunchy Fillets, this product features a delicious crumb coating, featuring five super grains including Blond Quinoa, Oats, Buckwheat, Kibbled Rye and Whole Barley Flakes. Whilst oats are great for helping control blood sugar levels, buckwheat is rich in antioxidants. When combined with the low saturated fat content (just 0.5g per 100g!) these fillets really are a great choice for your health. 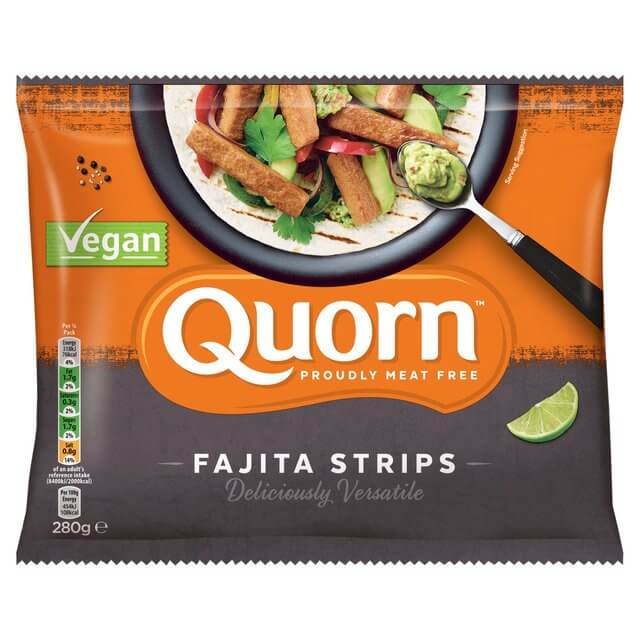 Quorn’s serving suggestion for these Mexican inspired Fajita strips include salads and stir-frys but based on their flavor profile, they are perhaps most suited to being transformed into a tasty fajita or enchilada filling. Like all other Quorn products, they are naturally high in protein and low in saturated fat. 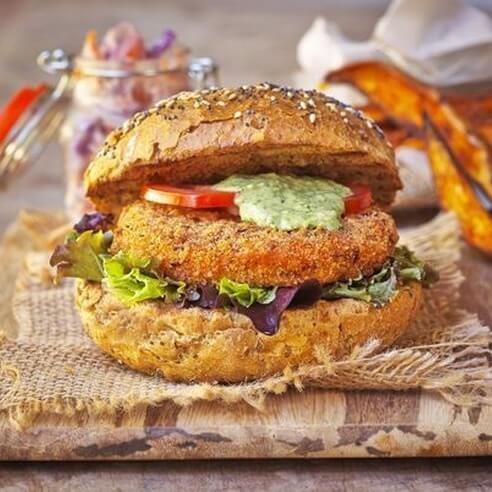 Last, but by no means least, Quorn’s Vegan Hot & Spicy Burgers are perfect for those craving a kick of heat. These burgers have generous helpings of chilli, cayenne pepper and black pepper, all of which add heaps of flavor, and are another great addition to a plant-based BBQ this summer. 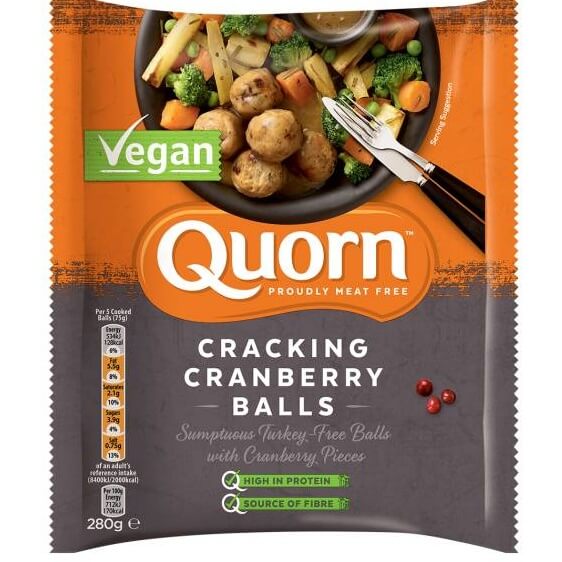 Originally released in time for Christmas last year, Quorn’s Cracking Cranberry Balls pair “perfectly with roasted vegetables and crispy potatoes,” according to the product’s page. One Ocado customer commented, “Delighted to have discovered these – great with roast potatoes, sprouts or red cabbage and cranberry sauce on the side for a meat-free Christmassy meal!”