Humans eat quantities of meat that are unprecedented in history. And yet, the majority of people care about the welfare of animals, the health of the planet, and the desire to be healthy. So, how is it that we genuinely don’t want to see animals suffer and yet bring billions of them into the world each year only to kill them? How do we reconcile our voracious appetite for products that contribute to the diseases we’re hoping to avoid? How can we feel one way yet act in such a contradictory way?

What Is Cognitive Dissonance?

The concept of willful blindness may hold a key.

Willful blindness refers to any situation in which people intentionally turn away from an ethical dilemma, especially one in which they may be complicit. It’s the idea that if there’s information that you could know or should know but you somehow manage not to know, you’re willfully blind—you’ve chosen not to know. When it comes to the reality of what we do to animals for our gustatory pleasure, how raising them harms ecosystems, and how eating them negatively affects our health, we play a game of pretending, like the child who covers her eyes and thinks you can’t see her. And yet, there she remains. “I don’t want to see what takes place on dairy farms”; “I don’t want to know how pigs are killed”; Don’t show me”; “Look away. Turn a blind eye.”

Reconciling Our Compassion for Habit

Supporting something we know to be inherently violent and patently unhealthy necessitates the numbing of our compassion and the hardening of our hearts. We have to look away, live in ignorance, and defy our own conscience in order to partake in something that goes against some of our most intrinsic values. We have to create boundaries to our compassion in order to continue supporting something that is anathema to our very ethics or a threat to our well-being. Cognitive dissonance necessitates our willful blindness. Cognitive dissonance, a term coined by social psychologist Leon Festinger in 1957, refers to the turmoil we feel when our mind tries to hold two wholly incompatible views at the same time or when we engage in behavior that conflicts with our beliefs. When it comes to our consumption of animals, the dissonance is created when we struggle to reconcile our compassion with our habitual taste and preference for meat, milk, and eggs. It’s incredibly difficult to hold both beliefs at the same time:

That the consumption of animal products create disease and that we eat them anyway (and feed them to our loved ones).

The first plays out most obviously in the behavior of vegetarians and vegans (and even in those who reduce their consumption of animal products). The second manifests in more subtle ways, such as changing our perception of animals themselves.

The Ethics of Eating Animals

Research has found that the way we perceive animals is intimately tied to our ability to eat them; for instance, according to researchers on the psychology of meat consumption, “eating animals is morally troublesome when animals are perceived as worthy of moral concern. The more moral concern we afford an entity, the more immoral it becomes to harm it.”

One way of resolving the tension between our compassion for animals and our consumption of them is to categorize animals as “food.” We refer to “pork” instead of “pig,” “beef” instead of “cow,” and “veal” instead of “calf.” Psychologists posit that this “act of categorization” may shift our focus away from morally relevant attributes (i.e., the capacity to suffer—mentally, emotionally, or physically), and therefore change our perception of and our moral concern for the animal.

Reducing animals to inanimate objects, we resolve our cognitive dissonance not by changing our behavior to no longer cause suffering to animals, but by removing the belief that (certain) animals can and do suffer. The effect is a lessening of our ethical concern for them and a rationalizing of our consumption of them.

The social drivers that compel us to eat animals are manifold. I’m not suggesting that simply calling the animal flesh we eat by the names of the living animals we kill would solve the problem. What I am saying is that these lexical distinctions help lessen our inner conflict. After all, we don’t have separate lexicons for the plant foods we eat. Growing in a garden or served on a plate, a potato is still a potato. We can witness a fruit harvest with no compunction and call it what it is. There is no need to distinguish between the blossoming apple and the plucked apple. When we categorize pigs, cows, chickens, and turkeys as “food” we are implicitly (and subconsciously) declaring that we “don’t want to look” at what happens to these animals.

We resolve our ethical quandary about eating animals by changing our perception of the animals raised and killed for our consumption. We also resolve our concerns about unhealthful foods and eating habits by changing our minds—rather than our behavior. One way we do this is by downplaying or dismissing the research that confirms the negative effects of eating meat, dairy, and eggs. We do this whether we’re talking about the effects on animals, the environment, or our health. We also cherry-pick which data we want to believe based on s our ideology or perspective:

“The research that says eggs are bad for you is inconclusive. I just don’t believe it.
Studies contradict themselves all the time. One day it’s harmful to eat meat; the next day it’s the best thing for us. It’s too confusing, so I just eat what I want.”

“Heart disease and diabetes run in my family. My genes have already predisposed me to disease, so it doesn’t matter what I eat.”

“My grandfather ate cheese, butter, and cream sauces every day and lived to be ninety-five, so clearly they can’t be bad for you.”

“I buy milk from ‘happy cows,’ who are treated very well.”

Another way we resolve our internal conflict is to reduce or subvert the importance of our own values and beliefs.

“Of course I care about animals, but I just love cheese so much.”

“I know pigs are more intelligent than dogs and don’t deserve to be abused or killed, but I could never live without bacon.”

“Hurting animals goes against everything I believe, but life is short. We should enjoy what we can while we’re alive.”

“Of course my children love animals, but it’s more important that they fit in and not be ostracized for being vegetarian/vegan, so I feed them meat.”

Just as we choose willful blindness rather than let ourselves be thrust into unknown territory, so too do the members of our social circle have a stake in having us remain asleep, willfully blind, and self-deluded. After all, if they encouraged or embraced our awakening it could potentially shatter the very foundation upon which their relationship with us is built.

And so, we often choose like-minded friends with whom we can rationalize our behavior. We stave off dissent with the tacit threat of ostracism—the worst possible punishment for creatures oriented toward conformity and social inclusivity the way humans are. The desire to feel included and validated by others reaps so many physiological, psychological, social, and emotional rewards. That can blind us to the negative consequences of our actions—especially if they’re consequences we can’t see or touch, such as the hardening of our arteries, the gruesomeness of slaughterhouses, or the prevalence of greenhouse gases.

We tell ourselves and each other what we need to in order to keep the boat from rocking—even if the stories we tell are lies. “The animals are treated humanely”; “Cows have to be milked or they would die”; “Fish don’t feel pain.”

In a way, it’s our compassion that motivates these lies. It’s precisely because my parents knew how painful it would have been for me to know that I was contributing to violence against animals that they conjured up stories of suicidal chickens and masochistic pigs (“Animals are here for us; they sacrifice themselves so we can eat.”). They weren’t trying to hurt me; they were trying to protect me. It was their sensitivity—and their awareness of mine—that compelled them to romanticize what is in truth a very ugly endeavor, and millions of parents around the world do the same with their own children. The very idea that animals suffer because of our actions is so anathema to us—so difficult to confront—that instead of doing so, we idealize our use and abuse of them to the point of fantasy.

The irony is that the very thing we were most afraid of—looking at the reality behind our consumption of animals—is the very thing that liberates us. We realize that the peace of mind we hoped to get from choosing blissful ignorance will elude us until we choose disquieting awareness, and the only way to get there is by bearing witness—by opening our eyes and being willing to look.

We make ourselves powerless when we turn away from reality; only when we have all the information do we have the power to do something. If we don’t look, not only do we shirk our own responsibility, we also abdicate our power and deny the best of ourselves. As Margaret Heffernan, author of 2011’s “Willful Blindness: Why We Ignore the Obvious at Our Peril,” found in her research, “We may have thought that being blind would make us safer, when in fact it leaves us crippled, vulnerable, and powerless.

But when we confront facts and fears, we achieve real power and unleash our capacity for change. We give ourselves hope when we insist on looking. The very fact that willful blindness is willed . . . is what gives us the capacity to change it.”

Colleen Patrick-Goudreau’s compassionate living philosophy is propelling plant-based
eating into the mainstream and forever changing how we regard animals. A recognized
expert and thought leader on the culinary, social, ethical, and practical aspects of living
compassionately and healthfully, Colleen is a speaker, cultural commentator, podcaster,
and award-winning author of seven books. She shares her message of compassion and
wellness on national and regional broadcast programs and as a monthly contributor to
National Public Radio. Her newest book “The Joyful Vegan” will be released in November 2019 and is available for pre-order.

*Reprinted with permission from “The Joyful Vegan.” 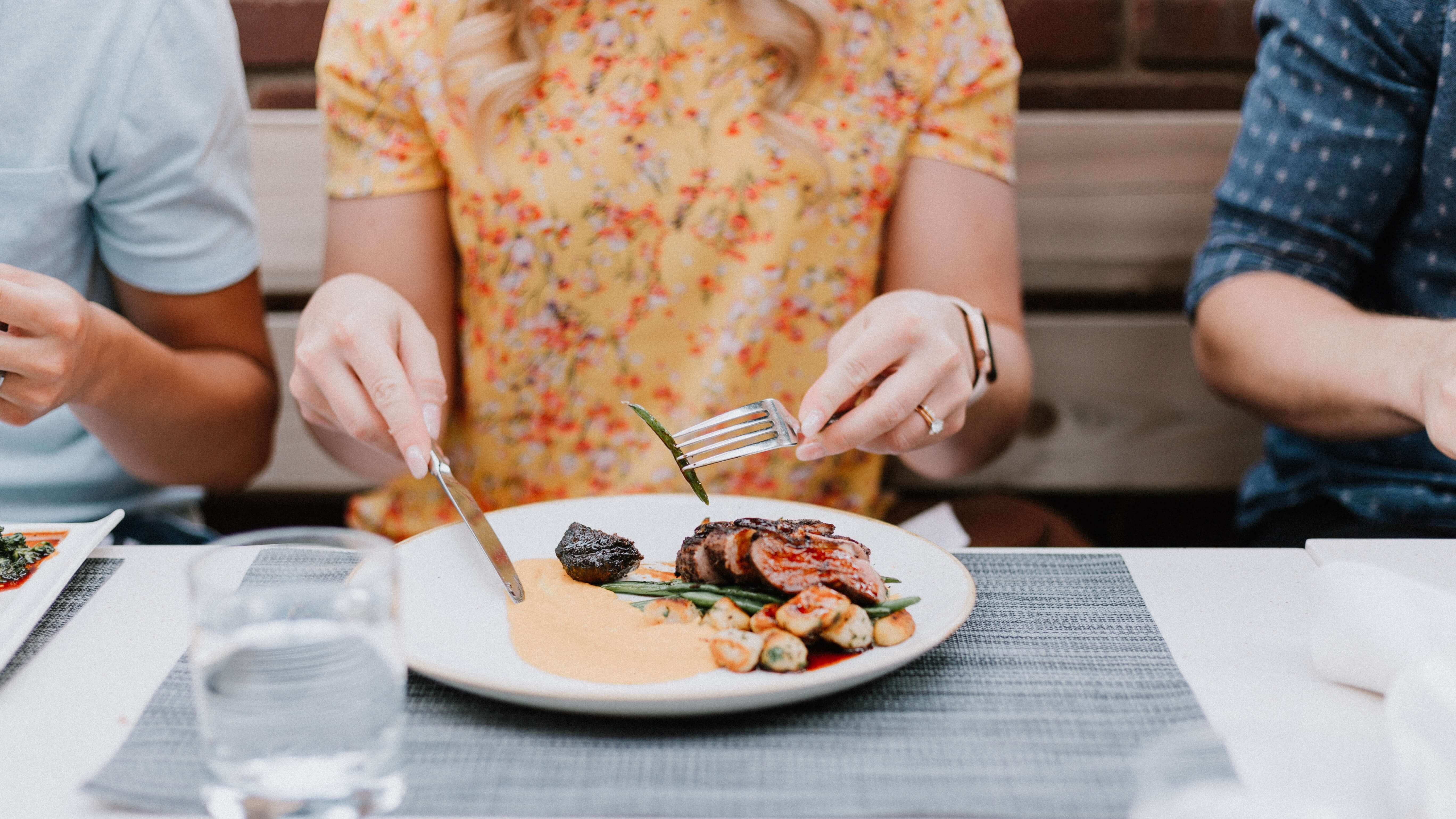