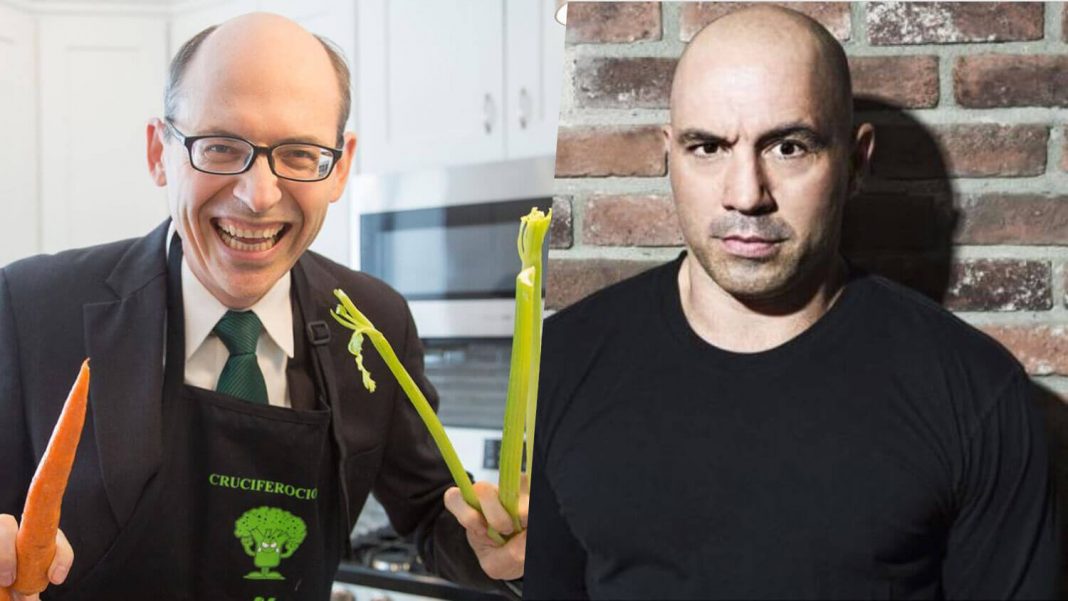 American comedian Joe Rogan is known for his cutting questions and interest in various controversial topics, which he frequently discusses with his guests on “The Joe Rogan Experience” podcast. He is also known for advocating a meat-inclusive ketogenic diet.

Though Rogan is no stranger to the arguments of veganism, the host remains unconvinced that plant-based living is the healthiest way to live. But in a bid to convince him once and for all, a group of Reddit users are calling for nutrition expert Dr. Michael Greger M.D. to join Rogan in a podcast.

On Reddit, the creator of the Rogan-Greger discussion wrote, “Joe Rogan routinely bashes vegan diet as unhealthy,” before proposing, “let’s lobby to get Dr. Greger on JRE!” and suggesting a hashtag of #DrGregerJRE.

Dr. Greger, founder of NutritionFacts.org, is best known for his bestselling 2015 book “How Not to Die.” He continually reiterates that adopting a plant-based diet can be a life-saving decision. He recently spoke to KUNR’s Anh Gray, where the medical professional explained how a nutritional vegan diet can prevent premature death. He also made headlines last year after stating that a vegan diet is the nutritional equivalent to quitting smoking.

By contrast, Rogan has made several misinformed claims about veganism, such as that “it’s actually healthy for you to eat grass-fed animals” and “explosive athletes need protein from meat.”

The proposal to get Dr. Greger on a podcast is proving popular, with more than 400 comments on the discussion and 89 percent of users upvoting the post. (For non-Reddit-users, the more upvotes a post has, the higher it ranks in popularity.)

IS A ROGAN-GREGER PODCAST LIKELY TO HAPPEN?

Rogan, despite his skepticism towards plant-based eating, is clearly interested in the topic, and has invited many vegans onto his show.  Guests include Kip Andersen and Keegan Kuhn, the brains behind  “Cowspiracy” and “What The Health,” ultra-athlete Rich Roll, and Oxford Associate Professor William MacAskill.

Earlier this year, filmmaker Kevin Smith also raved to Rogan about the health benefits of a vegan diet, even prompting some positivity from the host. Rogan complimented Follow Your Heart Cafe’s vegan pancakes, admitting “I don’t know what kind of voodoo they’re doing to make a vegan pancake taste that good.”