Ukrainian poultry company MHP will stop production at the country’s only foie gras farm. The decision follows an exposé released earlier this year. Foie gras is the fatty expanded liver of a goose or duck who has been force-fed.

Animal protection organization Open Cages released undercover footage from the Ukrainian farm in April. The footage, obtained by an undercover worker with a secret camera, uncovered several counts of animal cruelty violations but also revealed the shocking nature of standard practices in the industry.

The footage shows birds “violently” thrown around. It also shows metal pipes — “shoved down the bird’s throats to pump them full of food”  — lubricated with engine oil. Workers left injured and deceased birds in piles.

“Force-feeding is standard practice on most foie gras farms to fatten the animals’ livers so they swell to ten times their normal size and become diseased,” a press releases notes. “They are then slaughtered and their ‘fatty liver’ sold as foie gras.”

Millions of people viewed the footage on social media, and it inspired restaurants in the UK to remove foie gras from their menus. 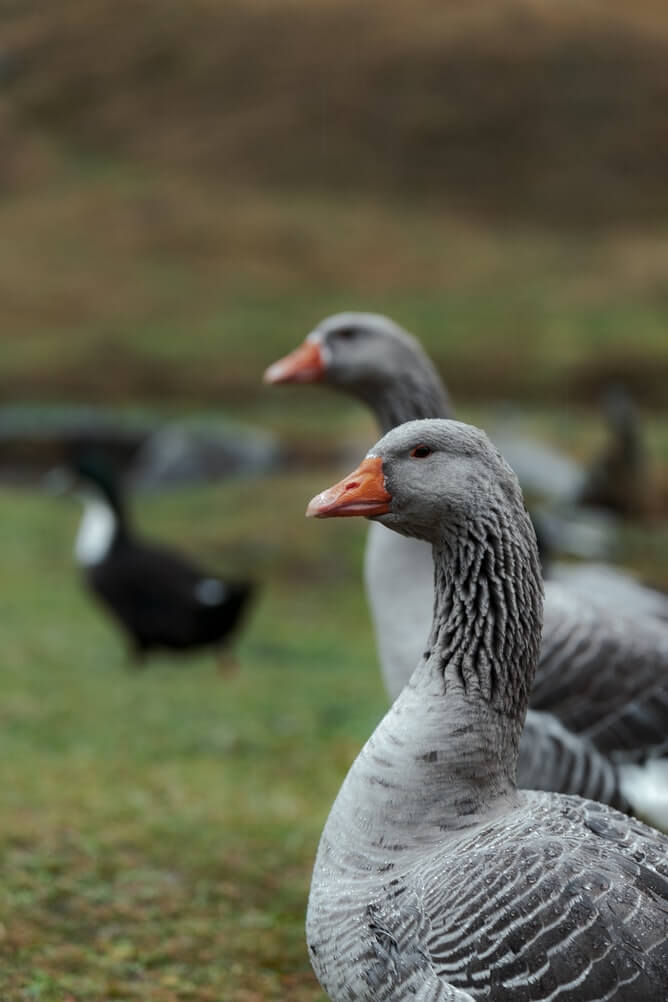 The company operating the farm has announced an “End of Operations” due to “international pressure,” the press release says.

Following its promise to end production, the company said in a statement, “MHP believes that the production of foie gras is not consistent with the Company’s strategy and policy of being a global leader in E&S and Animal Welfare.”
Open Cages CEO Connor Jackson commented, “it’s hard to believe that foie gras even exists. Force-feeding animals until their liver swells 10 times bigger is simply barbaric, and the product’s ‘luxury’ label is almost laughable.”
He continued, “we are absolutely thrilled to see this company choose to stand against needless suffering by shutting down. Any UK restaurants still serving foie gras will be taking a hard look in the mirror: animal cruelty is bad business.”