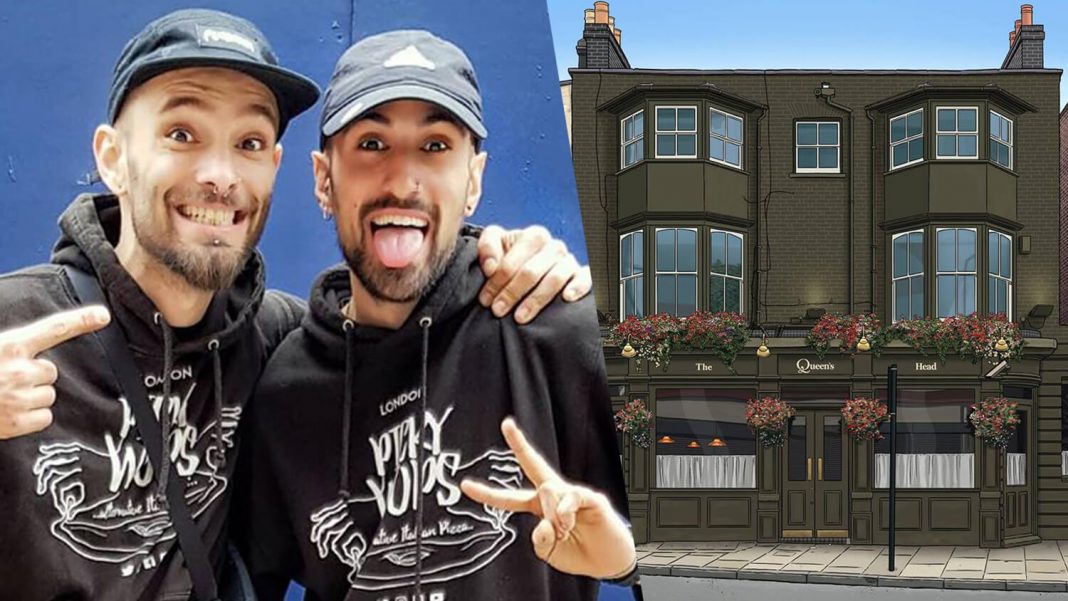 Picky Wops – a conscious reclaiming of the word “Wop,” a derogatory term for Italians – will take over the pub’s kitchen permanently, and serve authentically Italian, plant-based pizzas.

The kitchen takeover will commence officially from February 21, with a launch party to celebrate. Writing on Instagram, founders Cristiano Vitelli and Andrea raved about the new venture.

“Yes guys!! We have a date!! [The Queens Head Brixton] is going fully vegan because we are taking over their kitchen!!” They posted. “Exciting times ahead…looking forward to [celebrating] together [that] veganism [is] growing.”

“What makes Picky Wops different is the variety of pizza dough we offer, which are all unique in flavor, color and texture,” notes the pop-up on its Facebook page. “The Picky Wops concept is also about welcoming all the communities regardless of their background, opinions, or colors.”

“Picky Wops aims to bring everyone together and immerse itself in the community, just like the Wops,” it continues. “Yes, exactly like the Wops, our ancestors who migrated here in search of a dream.”

The Queen’s Head takeover will see the Italian duo continue to experiment with pizza, as well as with new dishes, including Bolognese and tiramisu.

The new vegan kitchen at the Queen’s Head joins a number of new, innovative plant-based businesses taking over the UK’s capital.

London is so brimming with vegan restaurants, markets, and stores, that at the end of last year it was named in the top 10 cities in the world for vegan food by recipe site Chefs Pencil.

Tickets are available for the grand vegan kitchen opening at the Queens Head here.