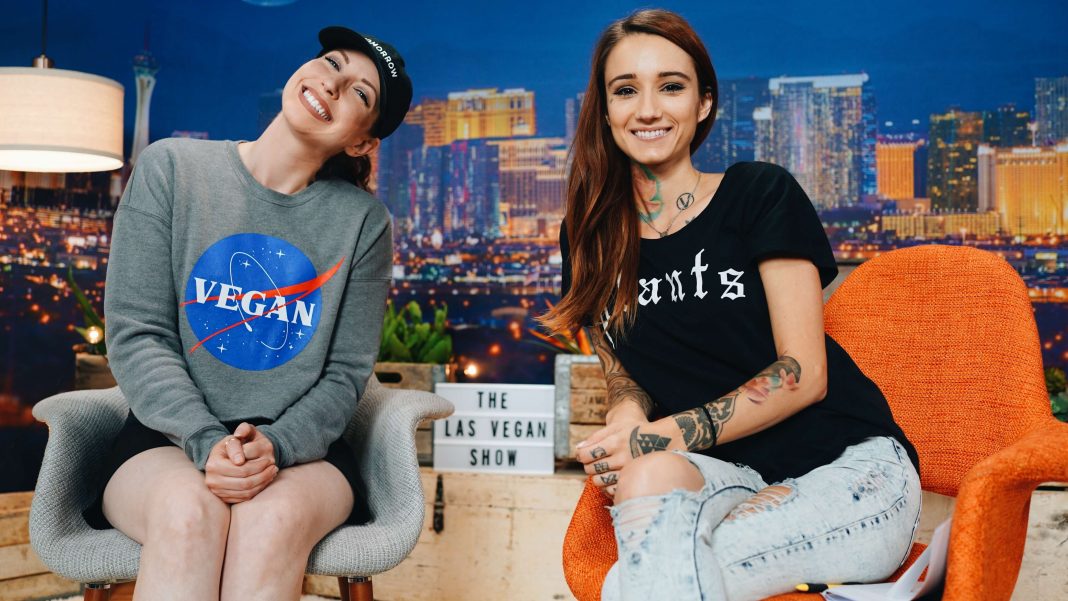 The vegan scene in Las Vegas has been on a steady uptick in recent years. New restaurants and vegan-heavy menus keep popping up as consumers even in the town best known as Sin City want healthier options. Fostering part of that shift is “The Las Vegan Show,” a late-night “Tonight Show” style talk show on its own network, dubu.org.

The show’s creator and executive producer, Sean Lee, used proceeds from another business (a popular piano lesson platform HDpiano.com) to channel resources as both an investor in vegan businesses and a video producer creating “The Las Vegan Show.”

“The goal of the show is to help ‘normalize’ veganism,” says founder Sean Lee. A vegan since 2012, Lee wanted to create an entertaining show that would promote a sustainable vegan lifestyle. “I started traveling the world producing vegan video content in 2014 and had the chance to meet dozens and dozens of [vegan influencers] and wanted to create a platform where these various creators could showcase and promote their unique content,” he says. After traveling the world, Lee made Vegas home and says creating “The Las Vegan Show” was a natural decision that enabled him to bring the experts and influencers voices to Vegas.

He created the vegan Dubu network in order to manage the content, but the network has yet to show a profit. But Lee is hopeful it will take off.

“The alternative—free content—comes with many side-effects like advertising (before, during, and after the video) and unproductive drama,” says Lee. He’s talking about the comments section and trolls as well as algorithms on sites like YouTube that can push trending dramas to the forefront. “Although this does well in the YouTube algorithm, the viewer is punished by this low production value and low vibrational content,” he says.

“If you’re like me, you want a ‘safe’ place to watch vegan content in peace. Evergreen content that inspires and educates without trying to sell you on anything else.”


Like any late night talk show, “The Las Vegan Show” covers a range of topics–it’s as varied as the guests. Hosted by influencer Brin Amberlee, the guests include activists, athletes, social media influencers, and doctors. It features vegan products and brands as well as local businesses and entrepreneurs.

“The most rewarding part is getting to work alongside so many inspiring vegans,” says Lee. His company also produces custom videos (including video content for LIVEKINDLY).  “I love meeting new people, showing them around Las Vegas, collaborating on video ideas, and delivering a final video that moves people. Working on something that you believe is helping make the world a better place is the #1 motivator, and getting to share that with other inspired people is a feeling like none other,” he says.

Lee says if the show achieves anything, he hopes it helps to break the stigma and proves vegans are “normal people” living compassionate lives. “You don’t have to be ‘weird’ or stand out to live a more sustainable and compassionate life.”